Connecticut-based Mad Pig Customs was recently tapped to put the finishing touches on classic space opera blaster. While most of the guns used in the follow-on films are purpose-made resin fantasy guns, a lot of the hardware in the original Star Wars trilogy were working firearms visually modified by the UK’s famous Bapty prop-house to resemble something from “a galaxy far, far away.”

The DT-12 itself, according to IMFDB, was a “Ruger Mk I modified with a short barrel, finned flash hider, slightly modified grips, and several apparently targeting-related devices.”

To do Greedo’s Mos Eisley hog leg justice, custom gunsmith Phil Larocca started with the same type of venerated rimfire pistol and cut the barrel down to 2.5-inches, threaded it to accept the custom muzzle device, and machined the bolt so that it cycles standard velocity loads. 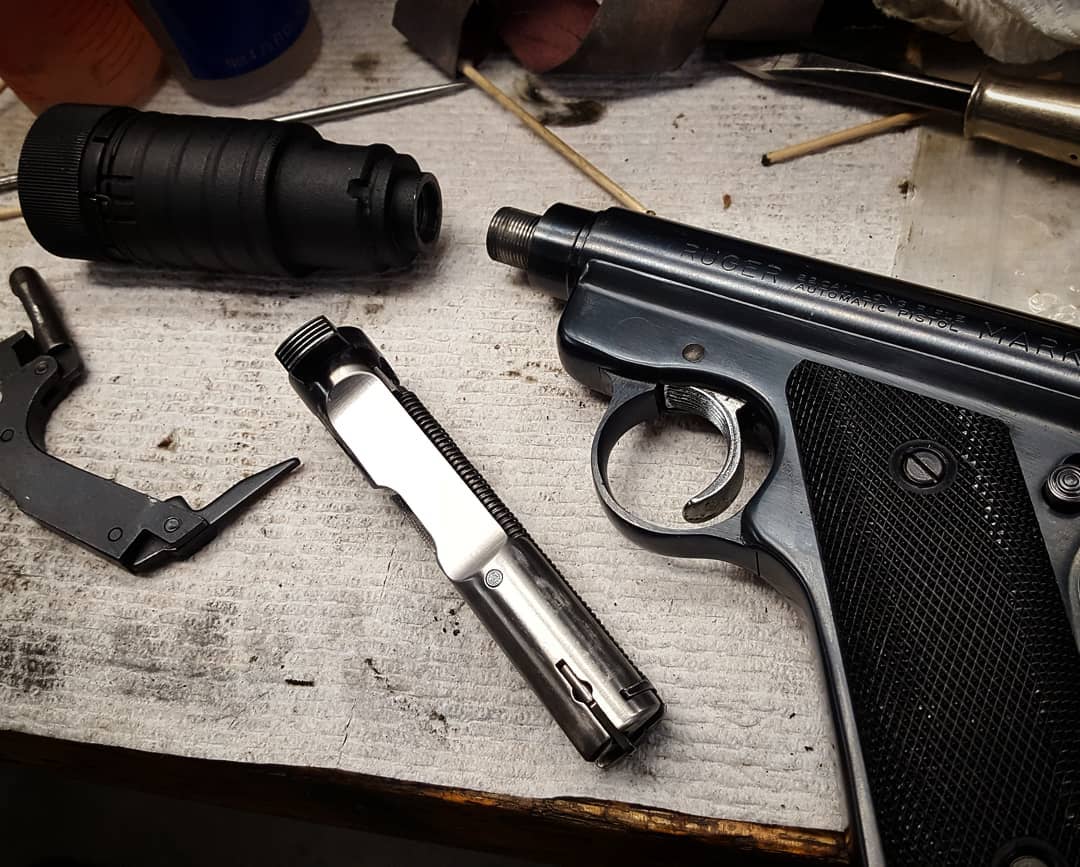 Then he mounted an old-school Single Point Occluded Eye Gunsight. Predating today’s red dots, the OEG dates back to the Vietnam-era and was used by the Son Tay Raiders, an elite special ops unit that predated Delta Force. 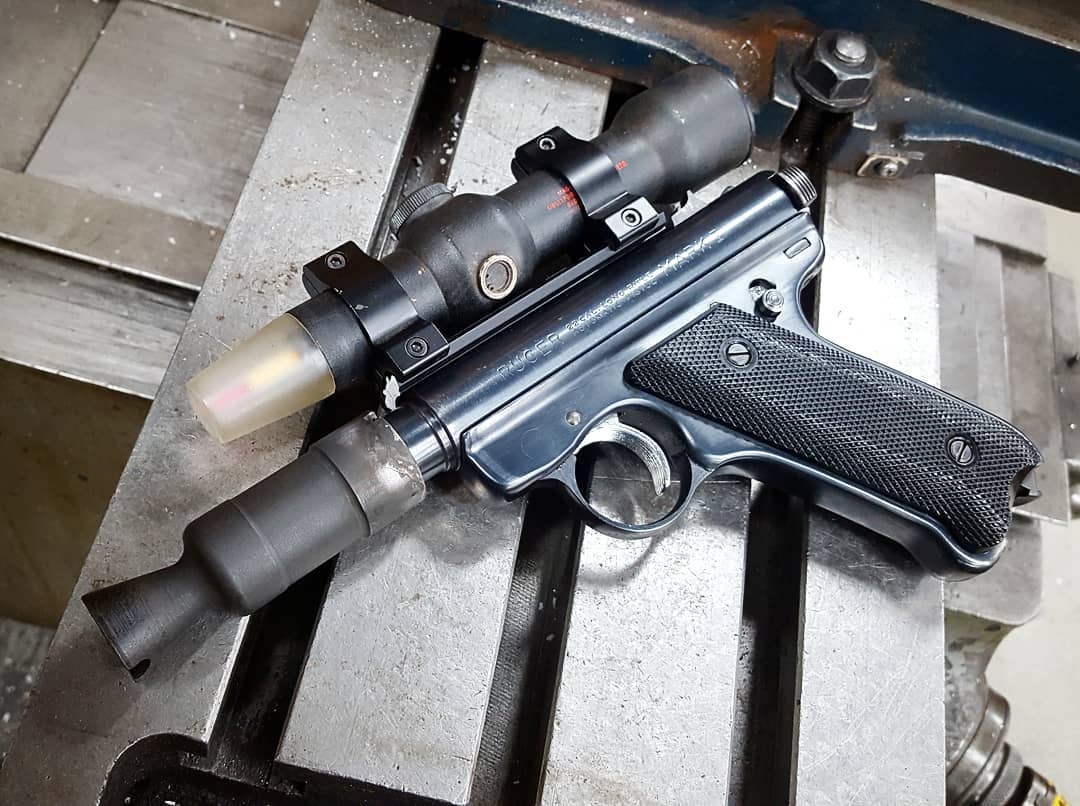 And finally, the gun went off to Mad Pig for an approximation of the Endor-style camo used by the Rebels in Episode VI. The pistol got a set of Lyman G10 grips while the “Endorcam” cerakote was applied freehand with artificial distressing. 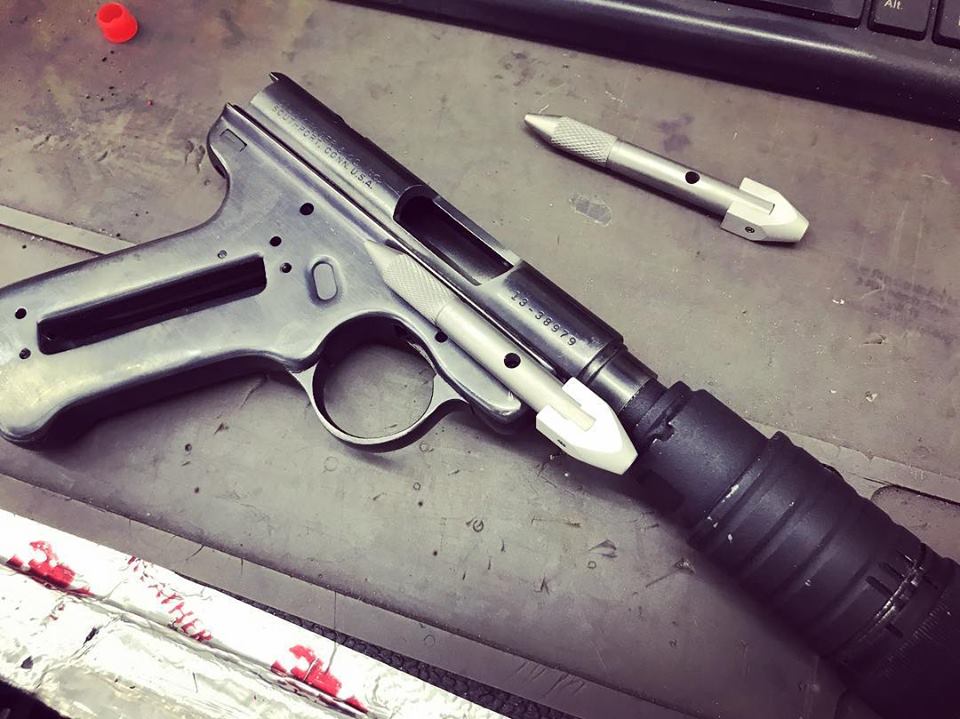 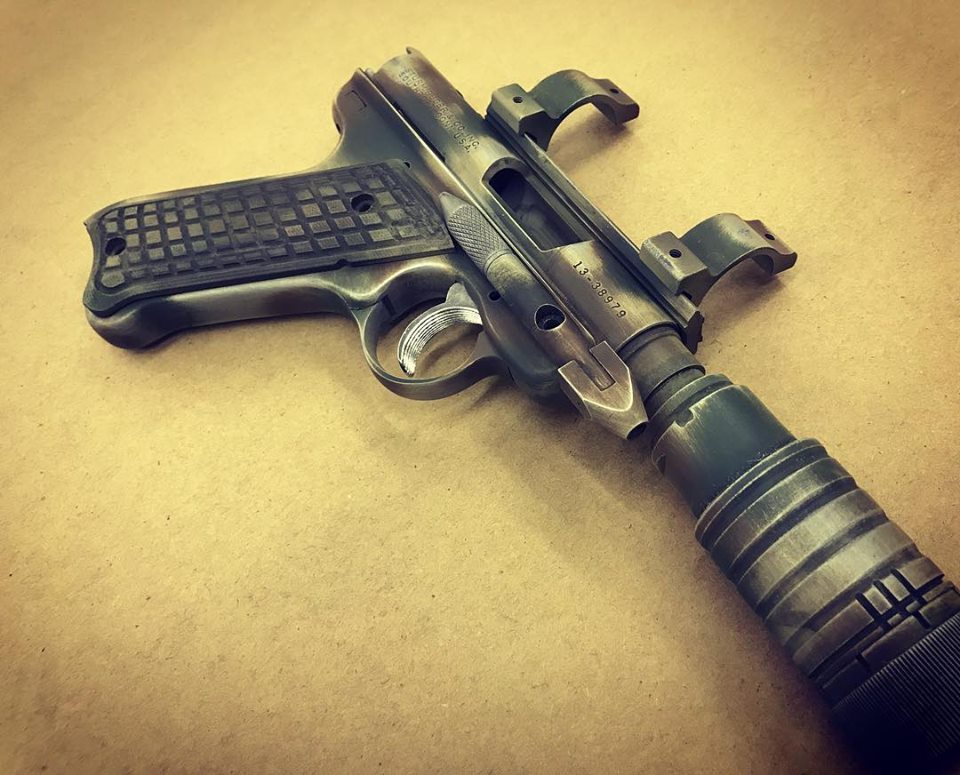 And the finished product is something that a half-witted, scruffy-looking nerf herder would recognize: