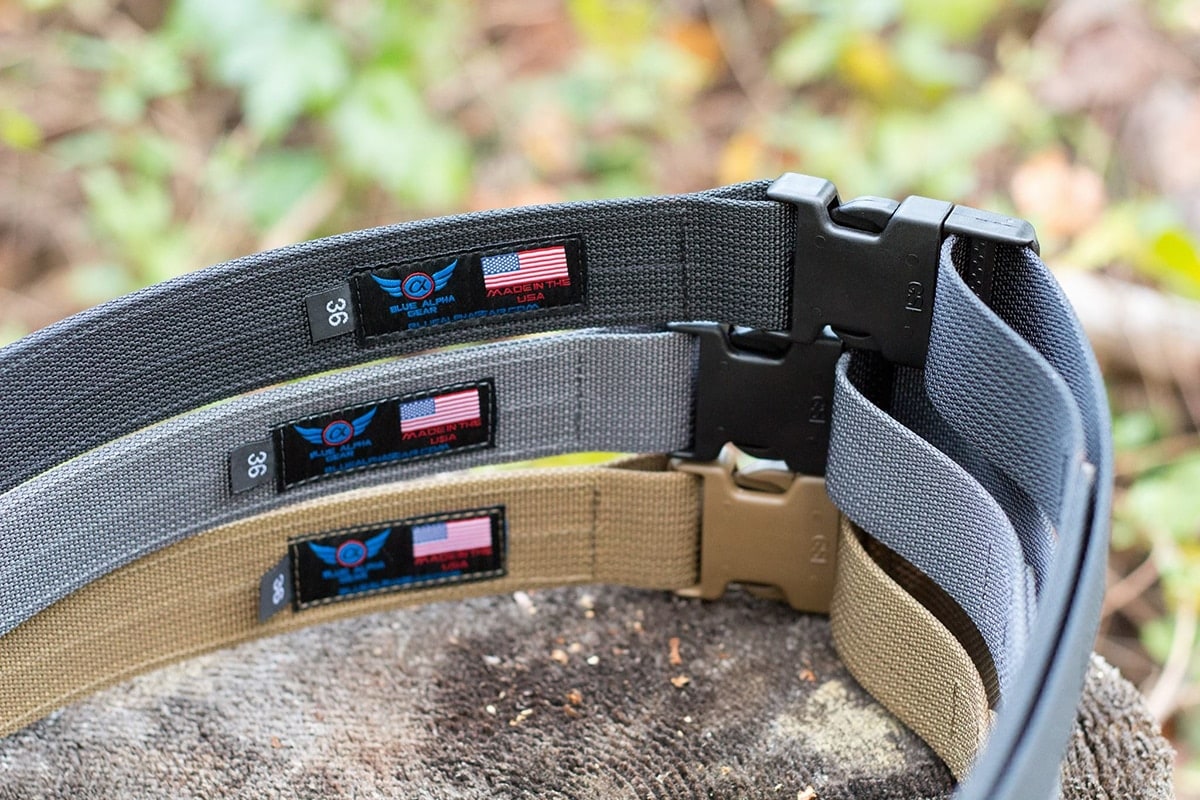 Blue Alpha Gear subverts the generic belt company vibe, bringing diligently designed belts to a loyal customer base that happily touts the company’s merits online. How did this little company grow to such heights with just word-of-mouth marketing in lieu of big picture ads?

As most ideas do, the concept of Blue Alpha Gear sprang to life after its creator became bored with his day job. Kurt Sills, owner of Blue Alpha Gear, told Guns.com that Blue Alpha Gear originated as a side hustle for the crew, a means for extra income on the side. Little did they know that a few belts would change the course of their lives.

“We chose belts because I was really unhappy with what was available on the market while I was shopping for one for myself. I though we could do it better,” Sills said in an email. “We started because we were kinda bored at our day jobs and decided to start a business for some side income. We had no idea it would turn into what it is today!”

Now, a few years later, Blue Alpha Gear has morphed into a successful belt maker, offering a variety of EDC belts as well as range/duty belts for consumers. A walk through Blue Alpha Gear’s inventory yields a collection of belts that speaks to all sorts of consumers. Whether consumers are looking for a cobra belt for carrying covertly or a solid duty belt to run the range, Blue Alpha Gear has carefully crafted belts that speak to real gun owners. With new products on the horizon, including a new line of law enforcement belt systems designed specifically for patrol use, the company is set to continue its rise to the top. 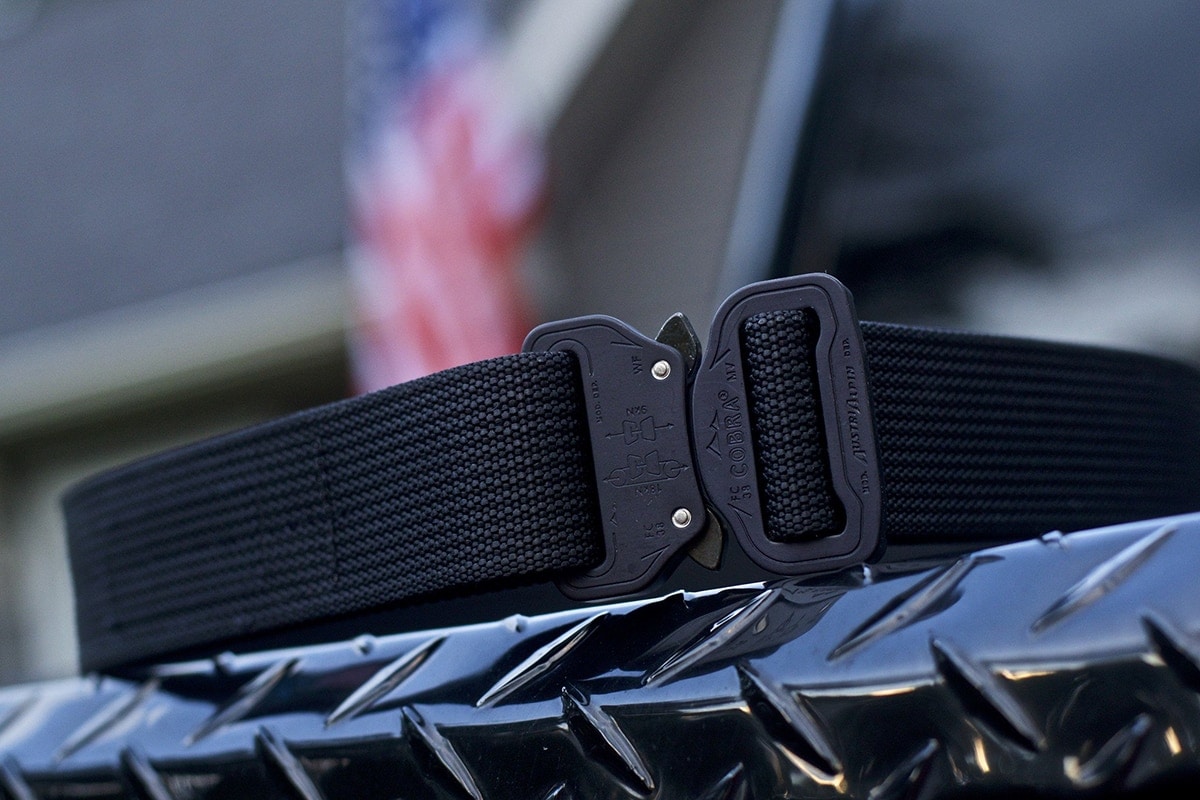 The company provides options when it comes to belt, including a cobra belt for concealed carry fans. (Photo: Blue Alpha Gear via Facebook)

Though the company has steadily gained steam through the years, Sills says the journey hasn’t always been an easy one. “We bought a used sewing machine and made some belts for friends using skills learned on YouTube and through trial and error. It didn’t take too long to make a good belt, but it took a while to make a good belt in an efficient way,” Sills said. “We’re actually still working on our efficiency.”

Word of mouth has quickly spread the belt maker like wild fire through the industry; but rapid growth also has its own challenges. The company, growing fast in the past couple of years, has faced logistical challenges in the supply/demand chain, but Sills said the challenges are well worth it especially when consumers rave about the products.

“The most rewarding part is seeing positive feedback from customers. It’s awesome to see them be so passionate about their belts that they tell their friends, family, and even complete strangers on the internet how much they like their belt,” he said. 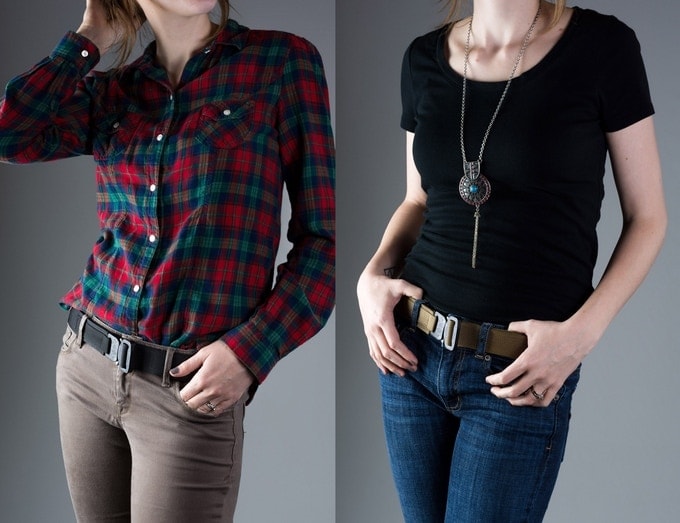 The belts cater to both men and women, opening the door to a wider fan base. (Photo: Blue Alpha Gear via Kickstarter)

The success of Blue Alpha Gear doesn’t stop at just its belt inventory, however. The key to its rapid growth, according to its owner, is exceptional customer service. Sills said the company prides itself on taking care of consumers, ensuring that each customer leaves happy. Small features like free shipping, free sizing exchanges, free returns and a lifetime warranty keep consumers happy and returning to the company’s internet doorstep. It’s this customer service pillar that Sills says will carry Blue Alpha Gear into the next phase of its life.

“I’d like to think that we’ll still be focusing on the things that have gotten us this far along, but with a larger product catalog,” Sills said. “We don’t ever want to lose touch with our customers and what they want from us.”