What is a crate of Mosin 91/30 PU snipers worth these days? (PHOTOS) 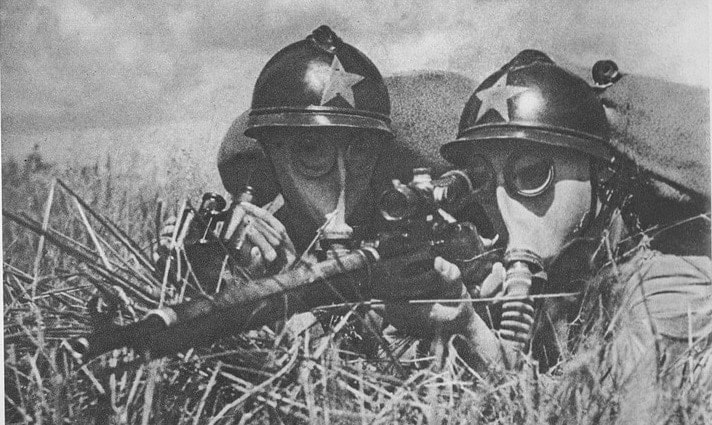 The Soviet Red Army began fielding the Mosin 91/30 outfitted as a sniper rifle as early as 1936.

Arguably the most prolific military firearm ever made is the Mosin-Nagant bolt-action rifle, which remains in production in Russia more than 120 years after its debut. Still seen in military parades from Caracas to Severomorsk by the caseload, there have been over 48 million of these hardy firearms produced in more than a dozen countries. And speaking of caseloads of Mosins, Rock Island Auction has a full one of 91/30 snipers up for grabs in their December auction.

The 10 guns are late-production Soviet Russian-made rifles optimized for issue to marksmen– a common modification done in the world’s largest military. Half are 1944-stamped Izhevsk Arsenal guns. Just two were made at Tula, both in 1943. Others include a 1933/51 stamped Izzy, a ’43 Izzy, and a post-war 1947 Izhevsk. Sorry guys, no Sestroryetsk or other rare birds in the flock. 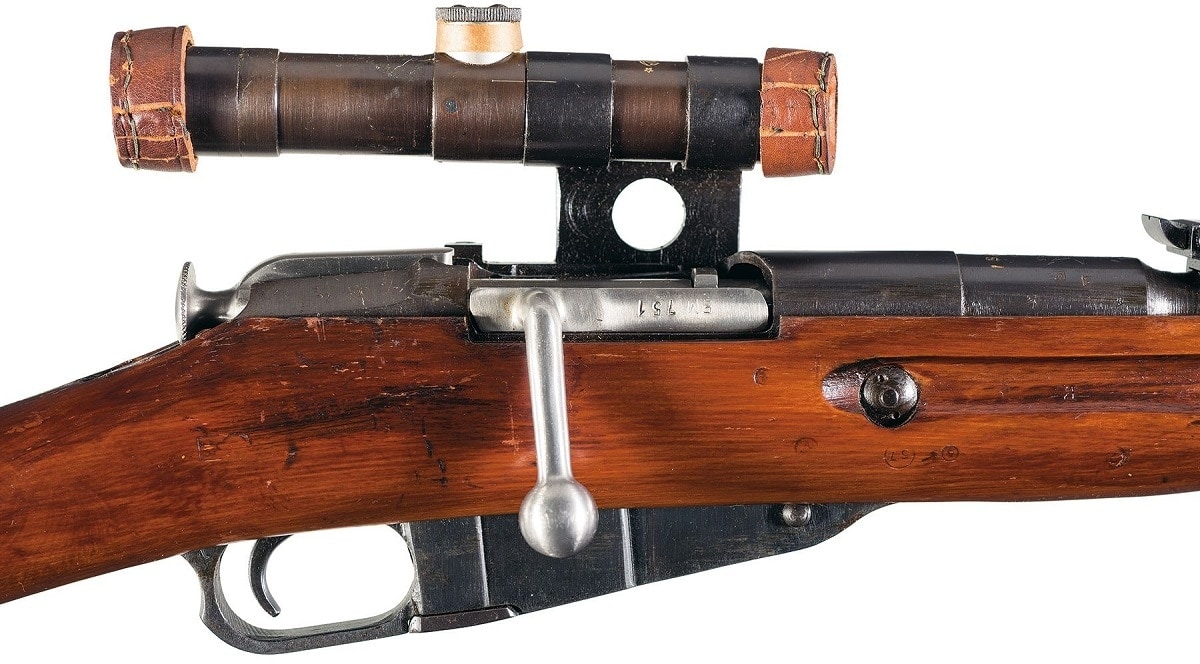 All come with a stubby PU-style 3.5x fixed optic and mount. (Photo: RIA)

Keep in mind the Soviets sent over 400,000 comrades, both men, and women, through sniper schools during World War II, which was still less than 2 percent of the staggering 34 million who spent time in Stalin’s armed forces while fighting the Axis. 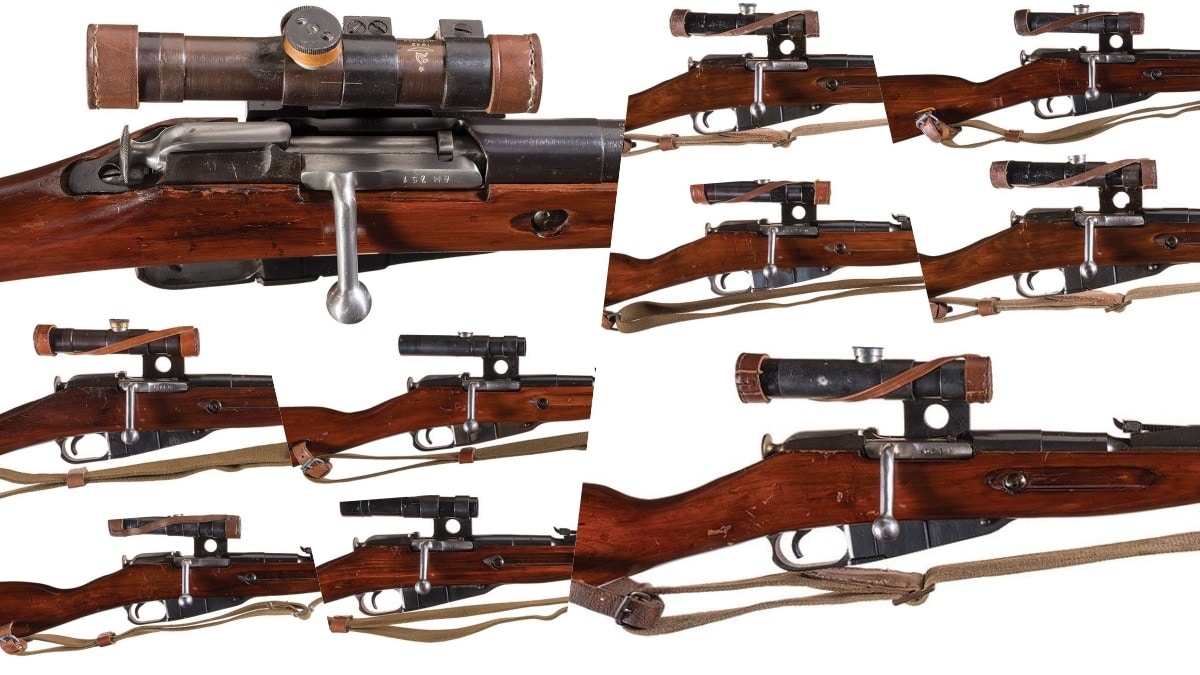 There is variation between the stocks as each milsurp gun has its own assorted dings and scratches. The auction also includes multiple full sets of cleaning tools, scope covers, and slings. (Photos: RIA)

Even when your more common Mosin-Nagants were selling for $39 a pop around 1999, “sniper” variants went for several times that amount.

Estimated price by RIA for these 10 scoped rifles, in the transit chest, is $10,000 to $18,000. As such, it will be interesting to see just what the gavel drops for on these as a little more than a decade ago distributors were selling CAI-import marked PU snipers for $330-ish at the height of the popularity of Enemy at the Gates, a romanticized film based on famed Red Army sniper Vasily Zaytsev during the Battle of Stalingrad.

If nothing else, it could likely show the investment possibility in collecting firearms, especially of the “buy them cheap and stack them deep” school of thought.

The crate goes to the gavel on Dec. 1.