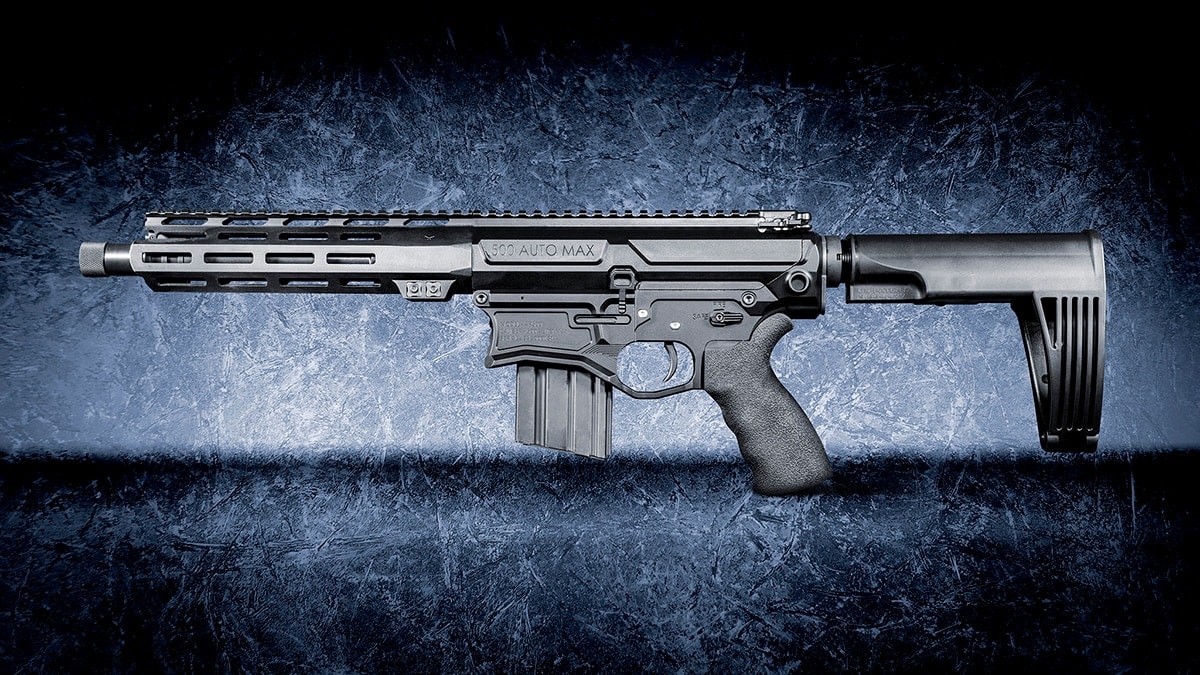 The AR500 Pistol builds on its sibling design but offers a more compact approach to the 500 Auto Max rifle. (Photo: Big Horn Armory)

Introducing its 500 Auto Max AR500 in mid-2018, Big Horn Armory is bowing to customer demand and delivering a new pistol variant of the AR500.

Constructed out of lightweight aluminum the AR500 pistol offers a black anodized style. The AR pistol uses a 10-inch nitrated barrel alongside a full Picatinny rail and pistol brace to bring the same power as the full sized AR500, but in a smaller package. Weighing in at just over 8-pounds, Big Horn Armory says the AR500 Pistol’s actual length varies.

The company said after the original AR500 arrived on scene, requests started pouring in for a more compact version. 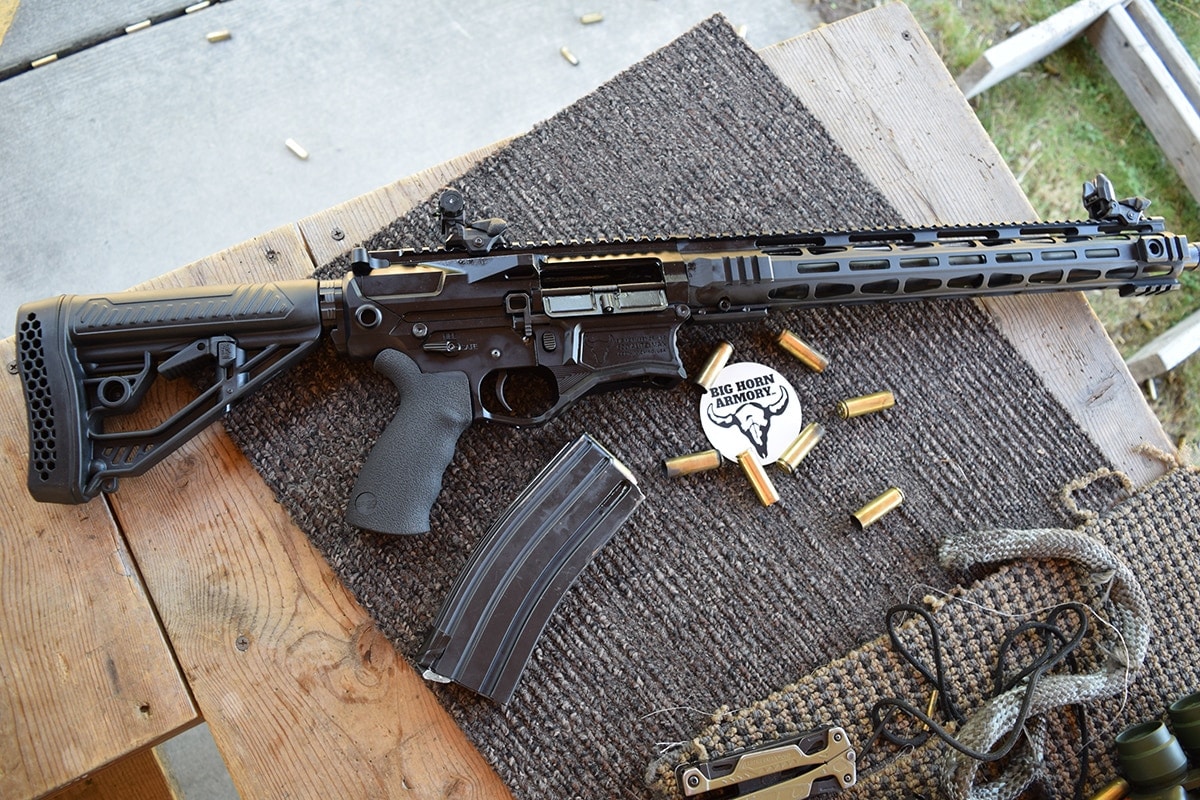 “After the AR500 rifle came out, we started to receive inquiries regarding a pistol version,” Greg Buchel, president of Big Horn Armory, said in a news release. “While listening to our customers, we also required the time to source and test parts that would create a compact AR500 without compromising on the quality our customers expect out of our guns. We believe that the AR500 pistol achieves that goal.”

The AR500 and AR500 pistol are both chambered in 500 Auto Max, a derivative of 500 S&W Magnum created by Big Horn Armory. The round is capable of firing any .500 diameter bullet between 200 and 700 grains. Ammo can be grabbed from Buffalo Bore, Underwood Ammo or Midway USA.

“The Big Horn Armory AR500 pistol is perfect for hunters wanting a more compact, but powerful platform for big game, whether in a vehicle or on horseback,” Big Horn Armory said. “For law enforcement, military or private security use, the AR500 pistol is perfect for vehicle carry or as a powerful breaching weapon capable of clearing any obstruction, including bullet proof glass.”