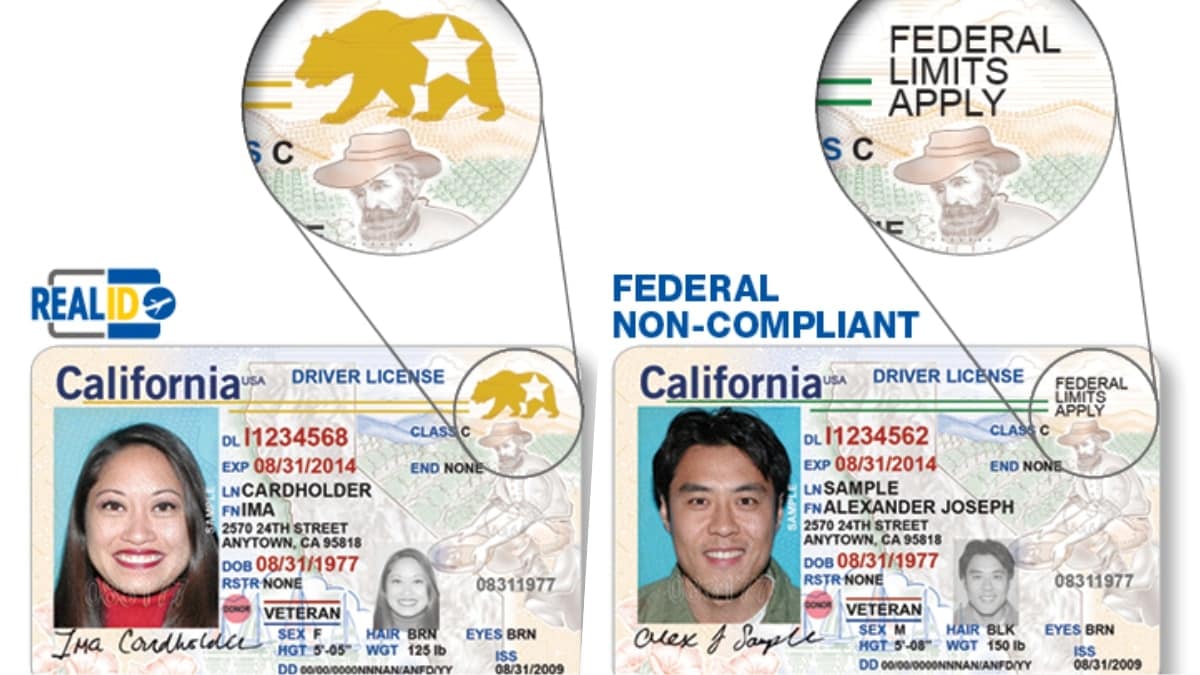 Californians with “Real ID” cards could find it easier to buy a gun in the state than those with cards marked “Federal Limits Apply,” which may be forced to supply more documentation. (Photo: Calf. AG’s office)

California Attorney General Xavier Becerra’s office on Tuesday issued a consumer alert on the use of some state-issued IDs when it comes to buying guns.

The state currently issues two types of California driver licenses and identification cards, “Real ID” cards which may require proof of lawful presence in the country and “Federal Limits Apply” cards which do not. Becerra’s office cautioned this week that the latter could cause gun dealers in the state to ask for additional documents, such as a U.S. passport or birth certificate, when purchasing firearms as outlined by federal requirements.

“Consumers should check with the dealer from whom they plan to purchase a firearm to verify the dealer’s identification requirements,” the California alert said.

The Real ID Act was adopted by the federal government in 2005 to establish national standards for state-issued driver’s licenses and non-driver identification cards. While 37 states are fully compliant with the act, according to the U.S. Department of Homeland Security, California ranks among the 13 that have been given an extension until minimum standards are required.

In lieu of bringing multiple identity documents to gun stores in California, both Becerra’s office and some state gun rights groups have advised that consumers can obtain a Real ID driver license or identification card, “which would provide sufficient proof of lawful presence in the United States.”