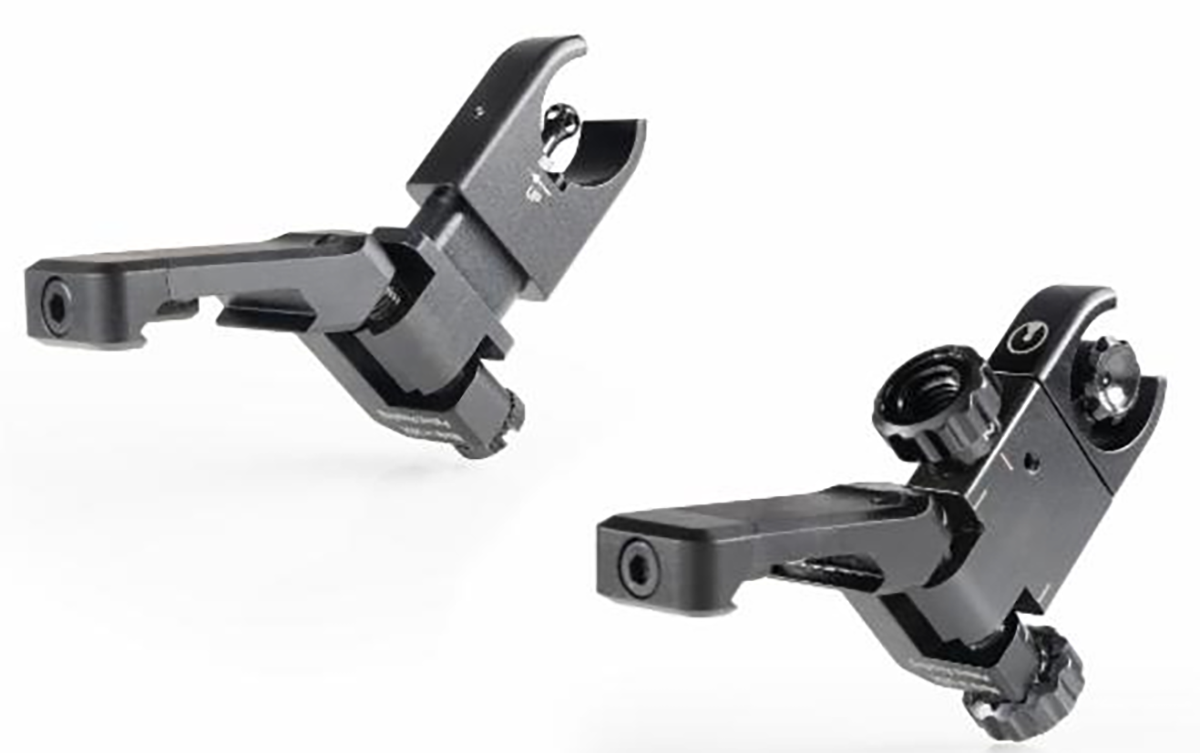 Ultradyne adds Offset Sights to its C4 lineup, available individually or in a set. (Photo: Ultradyne)

The Offset Sights allows shooters to use primary optics without traditional sights getting in the way during target acquisition. Using Ultradyne’s C4 design, the Offset Sights offer precise shooting with shots out to 600-yards. The front post stays centered, even after adjusting while the rear sight offers both windage and elevation adjustments. Weighing less than 3-ounces, the setup uses a cam-driven elevation adjustment. 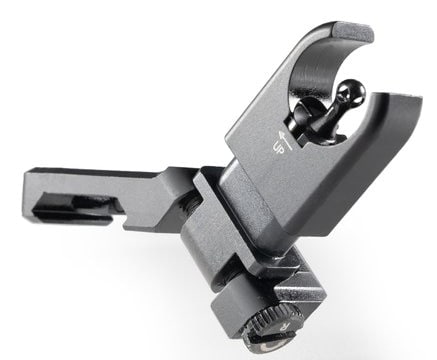 The offset design allows shooters to also use optics without the sights obstructing targets. (Photo: Ultradyne)

“Ultradyne’s C4 sights revolutionized what marksmen can do with iron sights. Since initial release, shooters have asked for a way to have that same precision capability in an offset mount,” Ultradyne said in a news release. “The Offset Sights from Ultradyne provide the same quick target acquisition and natural alignment as Ultradyne’s standard C4 sights, but with an inconspicuous offset mount that remains out of the way during primary optic use.”

Made from 7075 aluminum and 4140 steel, the Offset Sights are available through Brownells, Cheaper Than Dirt, Midway USA and Optics Planet. The Offset Front Sight retails for $119 while the Offset Rear Sight is priced at $139. The combo can be purchased from Ultradyne for $249.