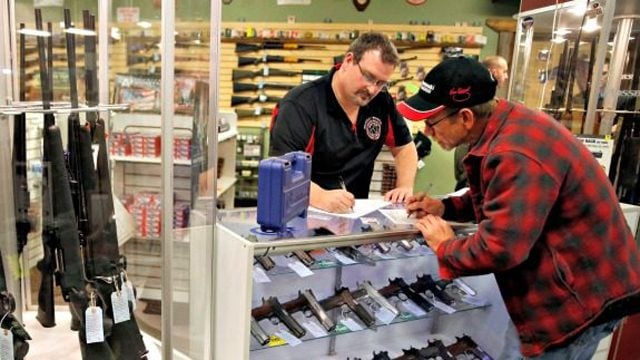 Dealers processed 182,093 applications through the National Instant Criminal Background Check System during the year’s biggest shopping holiday, according to a report from USA Today. A spokesperson told the news outlet activity peaked between 1 p.m. and 2 p.m., when the agency fielded more than 17,000 requests and nearly five transactions a minute.

The 10 percent decline comes one year after background check smashed records, clocking in at over 203,000. Less than two percentage points separate this year’s total from second and third place, set in 2016 and 2015, respectively. Six of the FBI’s top 10 days fall on Black Fridays, according to federal data.

NICS checks — and with them, estimated gun sales — began falling steadily after the 2016 presidential election, when a Republican victory allayed fears of increased regulations. Still, the current year remains on track to rank as the second busiest for NICS checks since the FBI first began keeping records in 1998, eclipsing the first 10 months of 2017 by 5 percent. Estimated sales, however, are trailing 6 percent, according to the data.