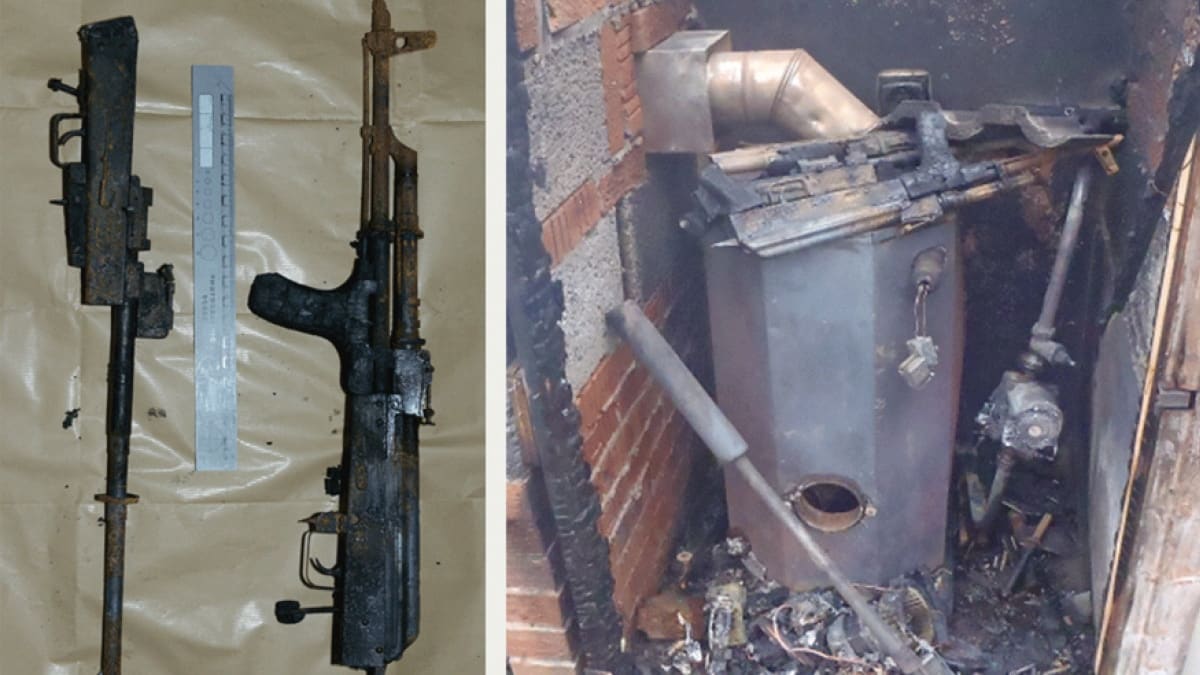 The Kalash, to include one with a Romanian dong grip, have a crisp look to them but we wouldn’t be surprised if you added some replacement furniture they would be good to go. (Photos: Police Service of Northern Ireland)

A residential fire in a boiler shed in Belfast earlier this month turned up a small stockpile of charred guns and ended in two arrests.

The Police Service of Northern Ireland released the details of the Nov. 14 blaze at a west Belfast address in hopes of producing tips from those who knew of someone connected to the found guns as the resident was apparently unaware the items were being stored there.

“In that boiler house was a substantial amount of weapons and ammunition, including two AK 47 assault rifles, two sawn-off shotguns, a high power rifle with silencer, three pipe bombs and over 100 rounds of live ammunition,” said Detective Superintendent John McVea. “As the fire developed, some of these rounds exploded causing significant danger to local residents and the Fire Service who were trying to put out the fire.” 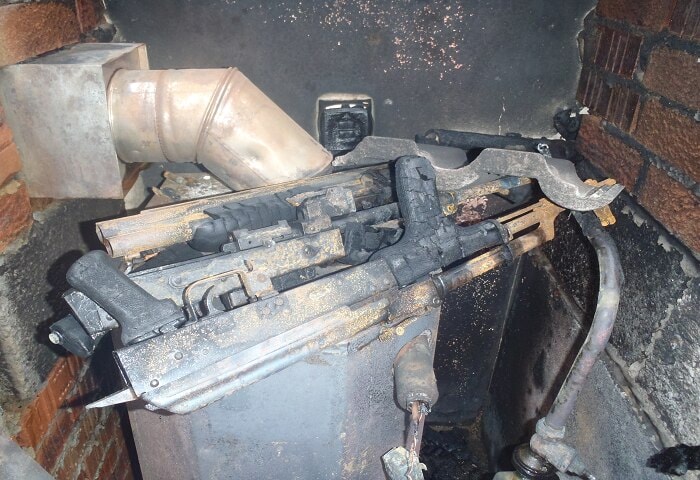 A little Ballistol should fix that right up 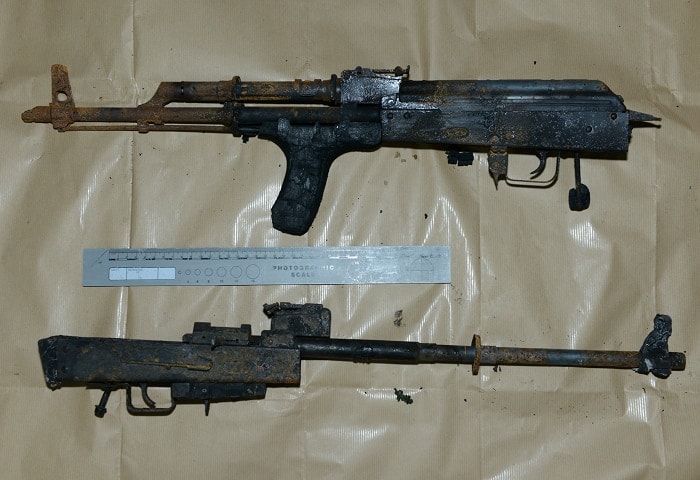 Still better than half of the builds we have seen lately 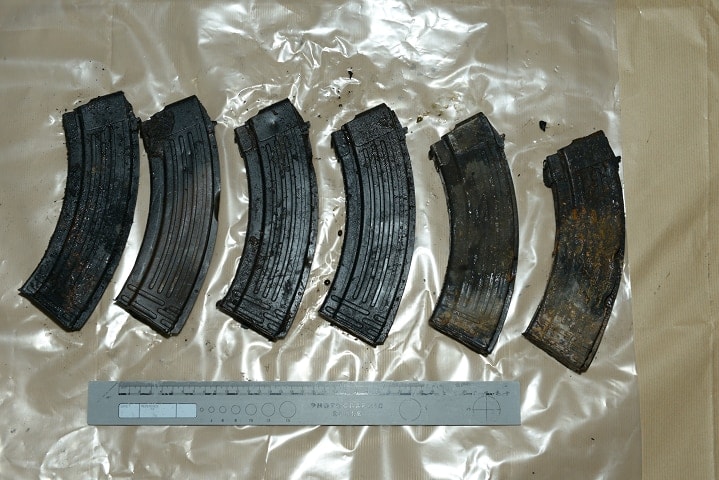 Some standard mags were also recovered 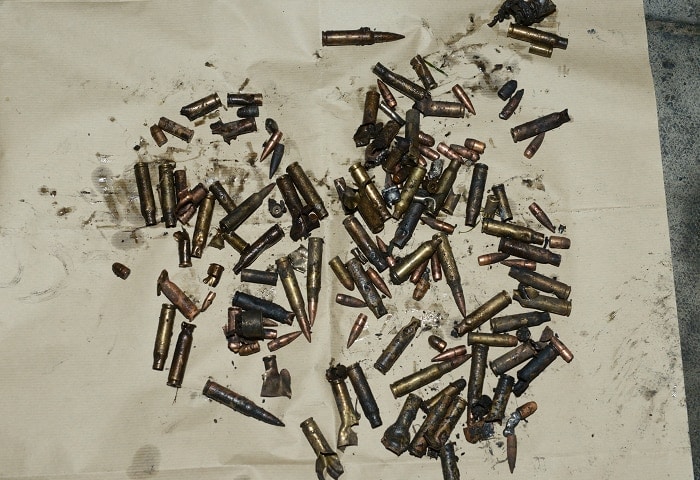 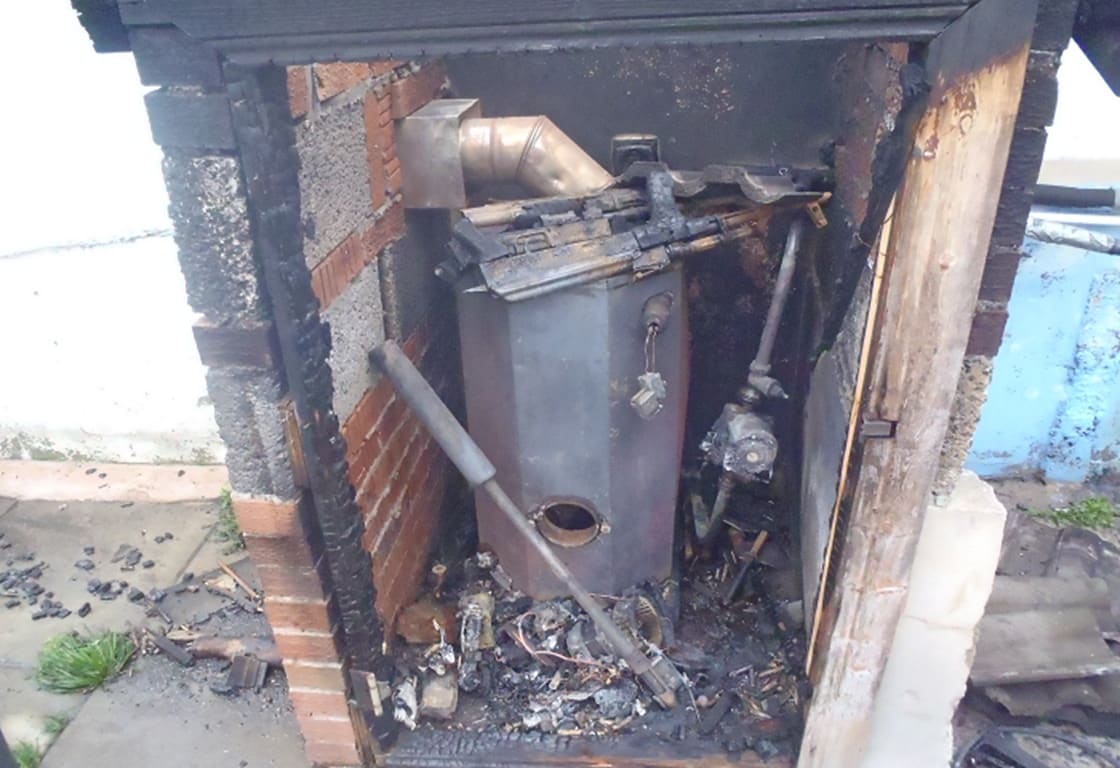 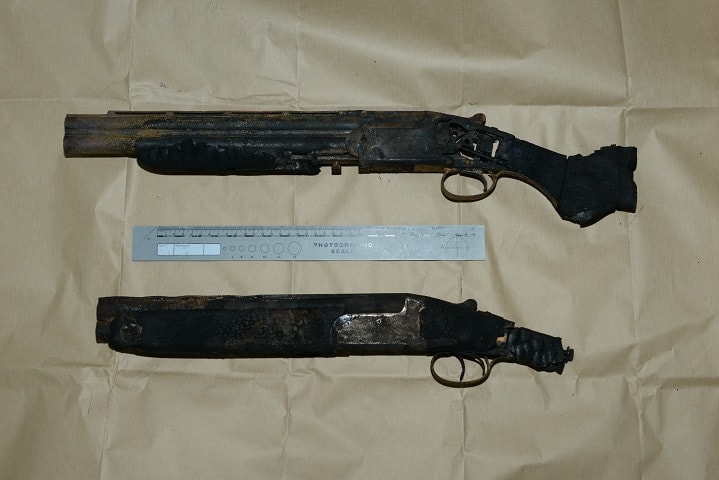 While it is hard to (legally) get handguns and semi-auto rifles in the UK due to the country’s strict gun laws, shotguns and the permits to have them are easier to obtain, although its unlikely they were bought this short

The Belfast Telegraph reports that two individuals have been arrested in connection with the firearms, a 33-year-old woman and a 31-year-old man. The weapons are believed tied to a group calling themselves the New IRA and are thought to have been used in at least two non-fatal attacks on police since 2015.

This month’s find is not the first time in recent years that guns have popped up in Northern Ireland. In 2016 workers doing maintenance at the Orange Order Hall in Belfast discovered a stack of old bolt-action rifles believed to have been brought into the region by groups allied with the British and stored for over a century. The same year, a cache that contained everything from a beer keg bomb to STEN guns and a homemade rocket was shown off by police in further south in Dublin.