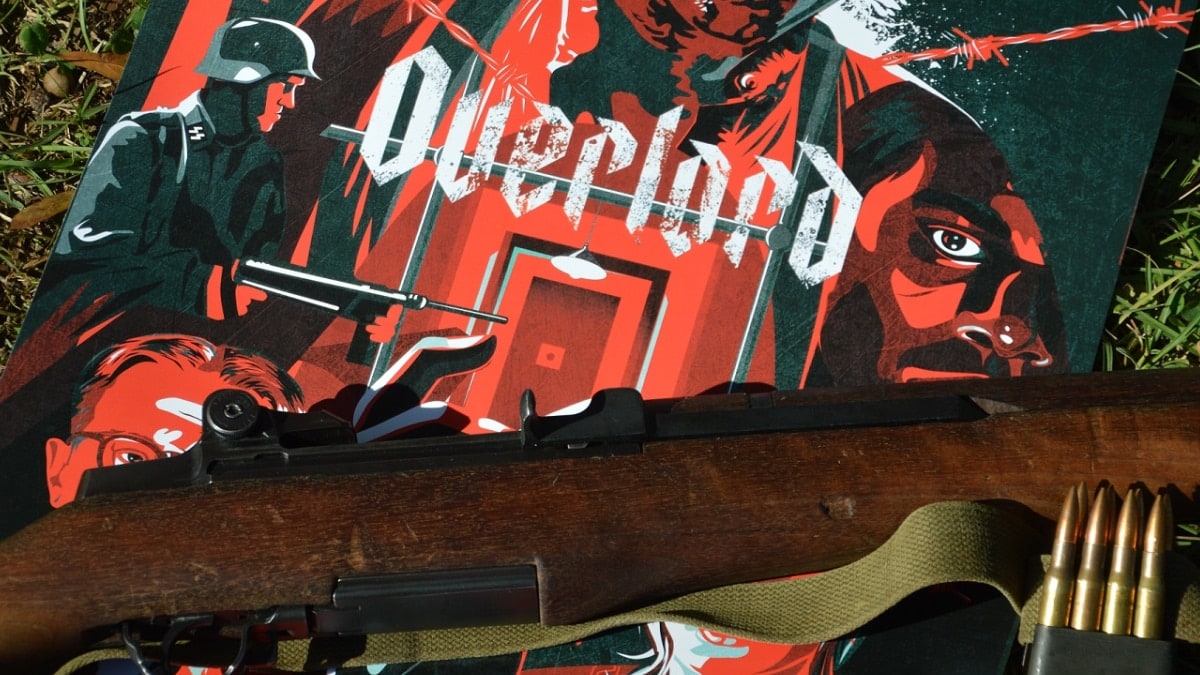 With a plot that starts off with a group of paratroopers sent to blow up an enemy radio tower only to find it co-located with the weaponized undead, Overlord is interesting and rife with classic hardware. (Photo: Chris Eger/Guns.com)

The new Paramount Pictures horror film “Overlord” may be a little far-fetched but it’s filled with period-correct weaponry.

Produced by recent “Star Wars” boss J. J. Abrams, the film released earlier this month and is really two movies spliced together. The first half is a general WWII tale highlighting a squad of paratroopers on a critical mission on the eve of D-Day. The second half pits said sky soldiers against not only dislikable Nazis but dislikable Nazi zombies.

In short, it’s like you are watching an episode of “Band of Brothers” and suddenly “28 Days” has clicked in, only with more gore.

While of course you have to suspend belief for the more supernatural aspects of the film, director Julius Avery — who said he was enthralled as a youth of photo albums from his grandfather’s military experience in North Africa in WWII — pays attention to detail when it comes to the hardware used in the film to the slow clap of gun enthusiasts everywhere.

The team of Americans literally dropping into occupied France just hours before the Allied invasion at Normandy in the horror film is a demolition squad of the 101st Airborne, which correctly was one of the several paratrooper units sprinkled liberally behind the German lines as part of the D-Day invasion (which was codenamed Operation Overlord). The “little groups of paratroopers” from the 101st in real life were detailed with securing the strategically important targets such as the Carentan crossroads, connecting the Allied forces landing at Utah Beach and Omaha Beach. 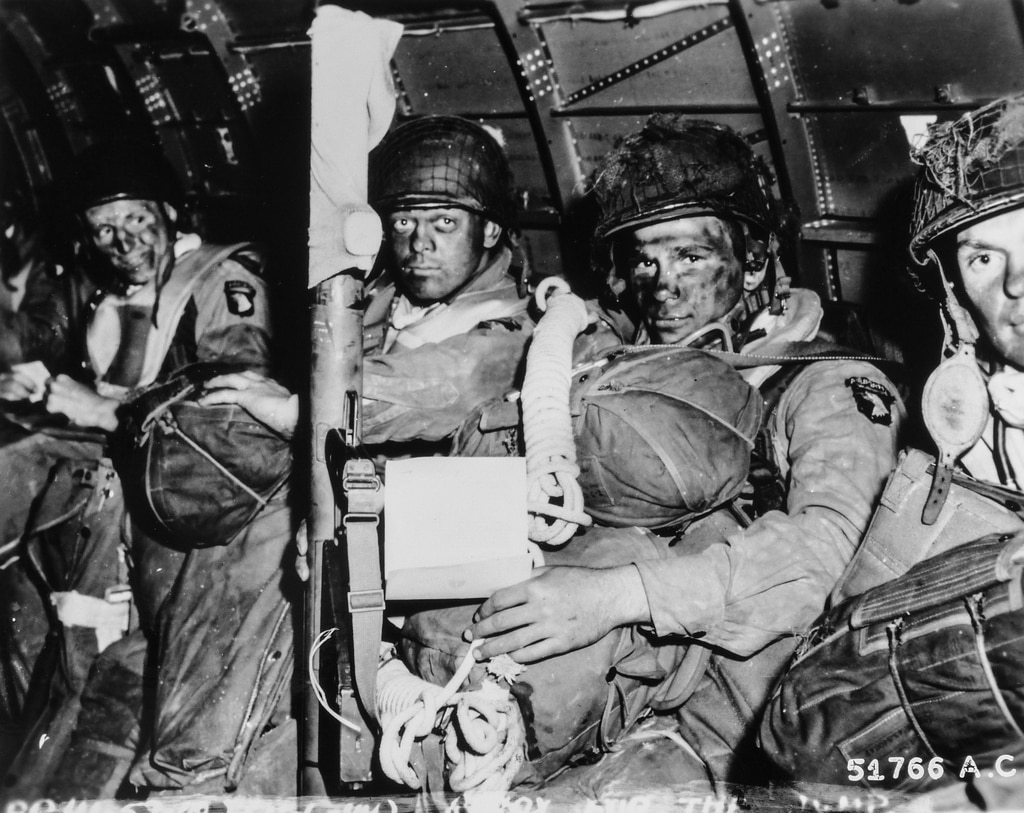 Photograph of 101st Airborne Paratroopers just before they took off for the initial pre-dawn assault of D-Day. Note the bazooka, emergency parachutes across their chests, and the general optimism for what is to come. (Photo: National Archives)

Iain de Caestecker as Chase and John Magaro as Tibbet in the film, Overlord, checking out some very odd remains found in the woods outside a French village. Note the M1 Carbine with a spare mag pouch on butt, a standard item along with folding-stock M1A1 Carbines in airborne units, and an M1903A4 sniper rifle mock-up. (Photo: Paramount Pictures)

One of the primary characters, Cpl. Ford, played by Wyatt Russell (yes, this guy’s son), is a moody demo guy with a three-day beard who carries an M1 Thompson sub gun in .45ACP, an M1911 in the same caliber carried in an M7 shoulder holster, various fighting knives, and assorted Composition B. He notably does magazine exchanges in a few different scenes and carries the standard 20-round sticks for his Tommy gun rather than the more flashy drum mags which typically were not used in combat. 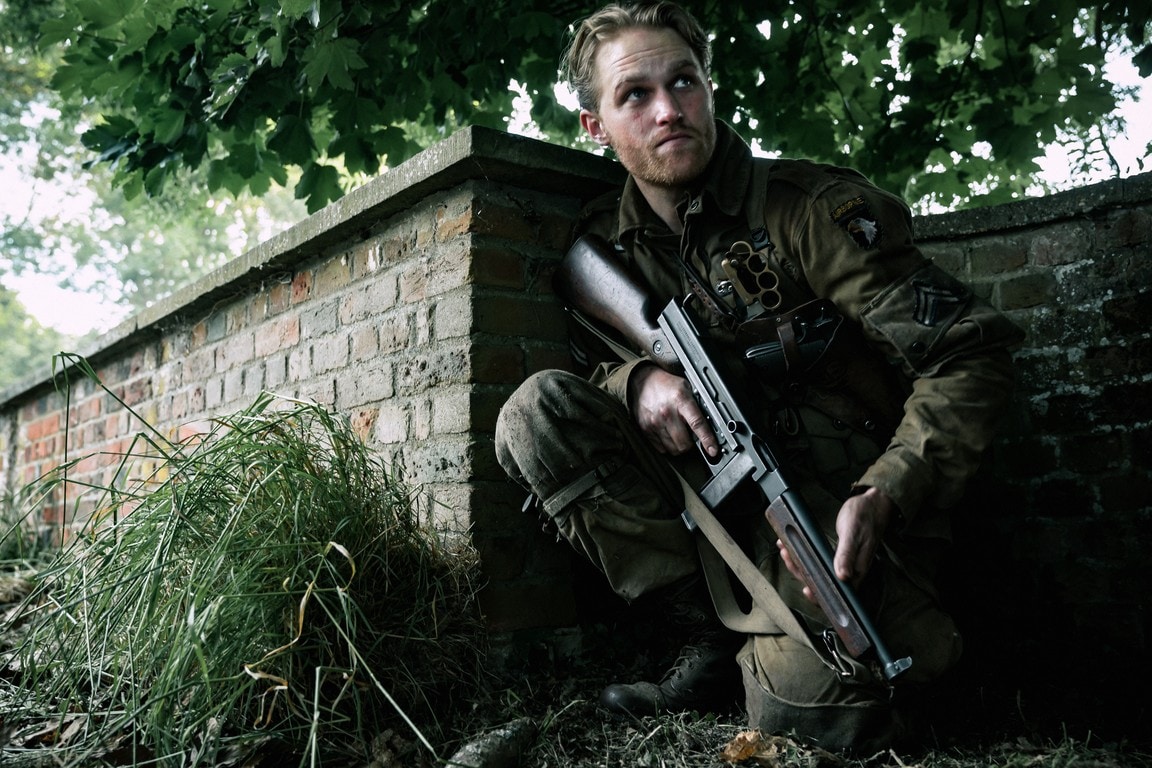 While Ford’s hair/beard profile is unusual, keep in mind that the 101st included such colorful true-life characters as The Filthy Thirteen, a small demo unit who jumped into France with scalp locks and painted faces, so it is not that far-fetched. 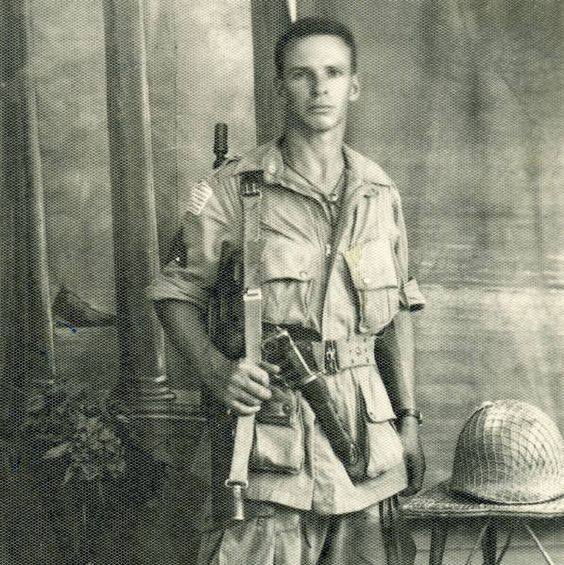 For a weaponry reference to the fictional Ford, here is the great Otis Sampson, “the mortar artist” in the 82nd Airborne at D-Day. Note the knuckleduster fighting knife in his belt and slung M1 Thompson, a common weapon for NCOs and officers. The M3 Grease Gun did not supplant the Thompson until late in the war.

Mathilde Ollivier as Chloe, a local French woman looking for some payback with a captured German Walther P38; and Jovan Adepo as Boyce, a young paratrooper with an M1 Garand in the film. Sadly, it should be pointed out for historical accuracy that the 101st in WWII was a segregated unit and an all-black paratrooper outfit, the “Triple Nickles,” did not participate in the invasion of Europe. (Photo: Paramount Pictures)

The Germans are also similarly well- and correctly-equipped with numerous Sturmgewehr 44 (although the gun was not issued in great numbers until later in the war), MP-40s, an MG-34, Karabiner 98ks, Walthers, and potato masher grenades. A pair of Flammenwerfer 35 mock-ups make a reoccuring appearance and are dramatically used. Two words: flaming zombies. 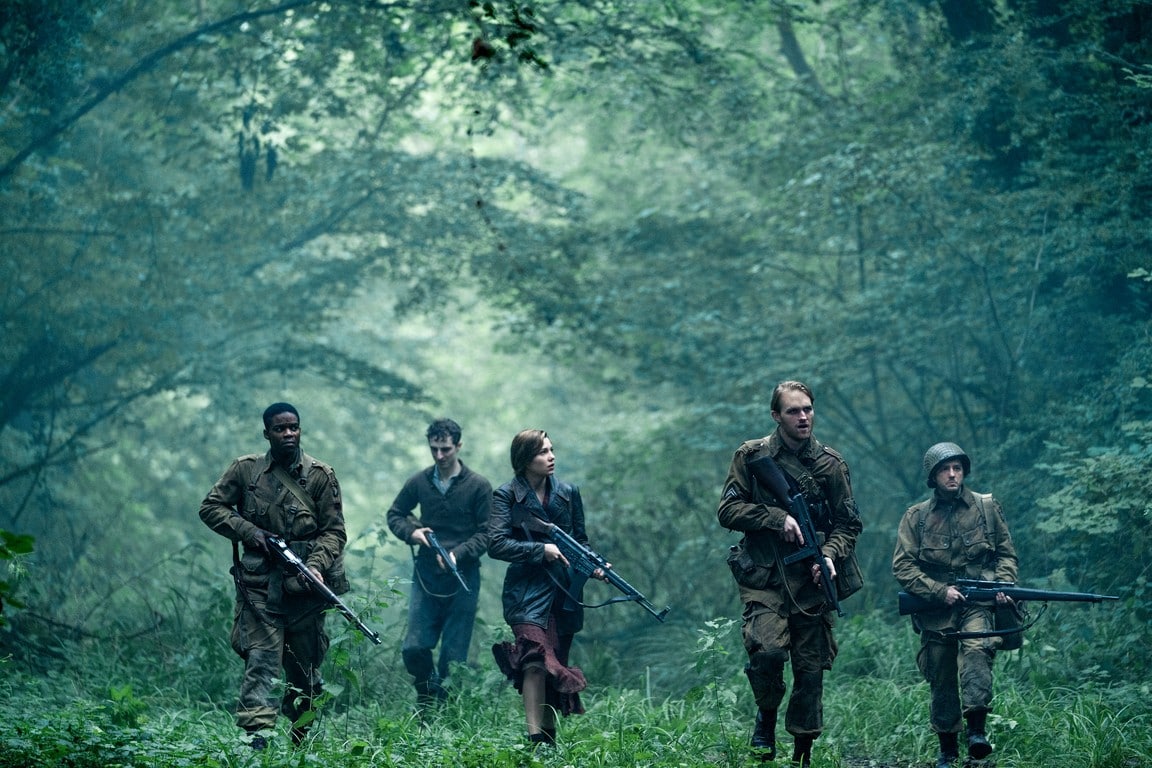 What’s not to love about a scene where you can see an M1 Garand, a Tommy gun, an M1903 sniper, StG44 and an M1 Carbine? Again, good un-Hollywood-like trigger-and muzzle-D. (Photo: Paramount Pictures)

In addition to a selection of guns worthy of a Call of Duty WWII installment, the actors also in large part use them realistically, with a few distinctive “pings” being observed as empty en bloc clips are ejected from Garands, and magazine exchanges performed often. One scene even discusses the tough job of working an MG34 machine gun, which has an amazingly high cyclic rate of fire, without an assistant gunner to help feed the belt.

All in all, the film gets a lot of things right about 1944 small unit combat in Northwest Europe. Except with a lot more zombies and lots of gratuitous Nazi-punching.