Lantac opts for a new series of rifles and pistols based on its LA-SF15 receiver sets, launching the LA-SF15 in .223/5.56 and .300 BLK. Available in five variants, the new LA-SF15 is offered in Personal Defense Pistol, Urban Tactical Pistol, Patrol, Recon and DMR models with varying lengths. 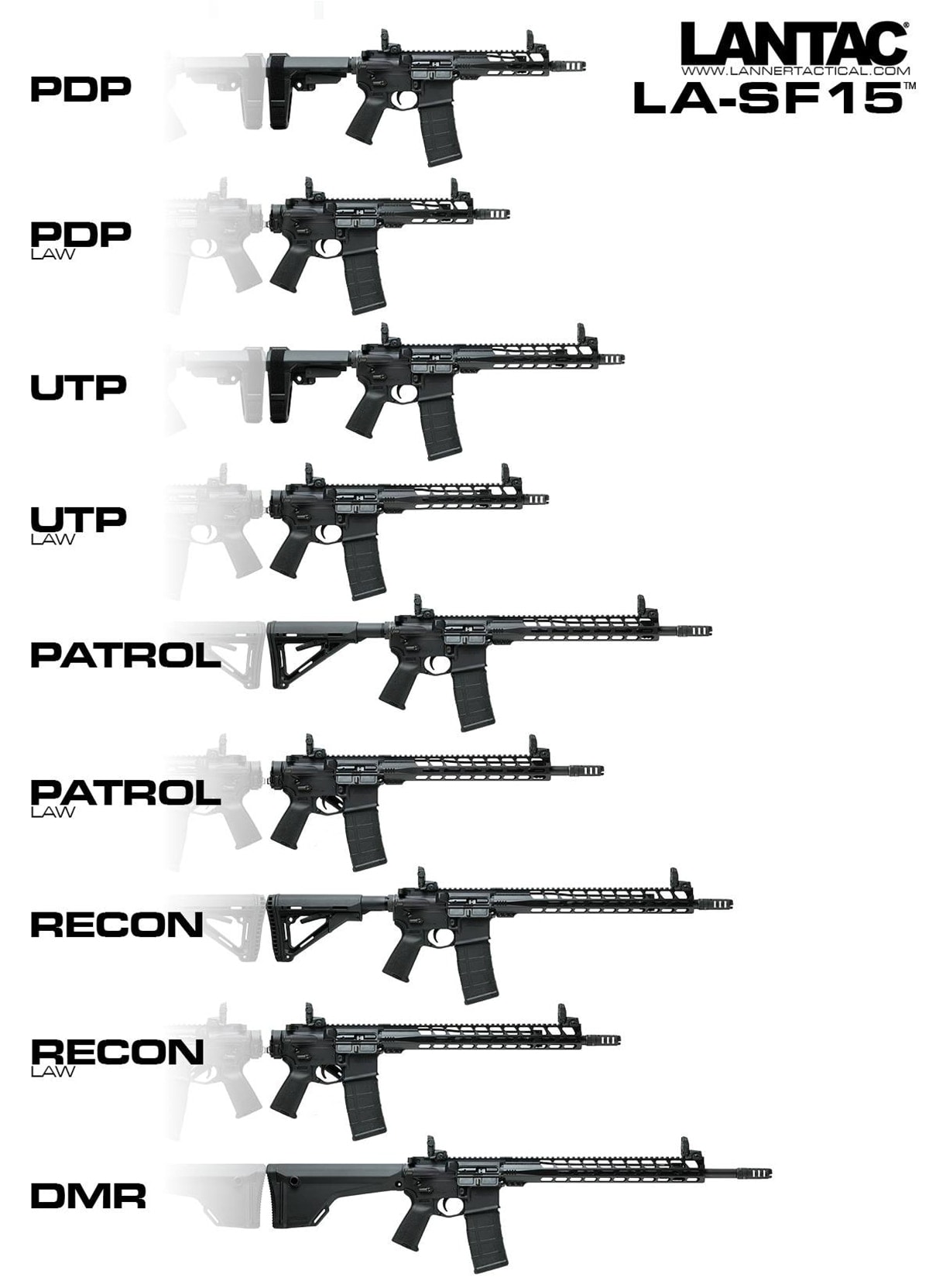 The USR is paired with a 7075-T6 lower receiver with internally flared magwell. The flared magwell makes for easier reloads, according to Lantac. The lower receiver also features a rear takedown hole with spot face machined into it to allow users to access the pin more efficiently. The receivers are both coated with Type 3 Class2 Hardcoat anodized to Mil-A-3625.

The LA-SF15’s furniture includes Magpul MOE Grips, MOE Stock, CTR Stock, MOE Fixed A2 or SB Tactical SBA3 Brace, depending on model. All rifles offer an ambi safety selector and QMS Triggers from ALG. Both the rifles and pistols are equipped with MBUS Backup Sights as well as 30-round Magpul PMAG magazines.