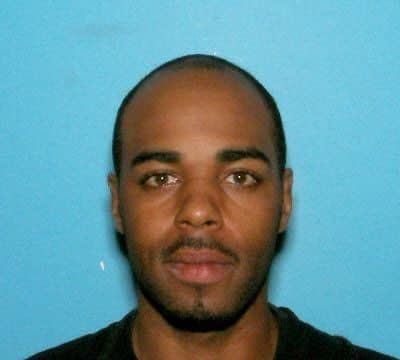 An Army reservist will spend 11 years in prison after admitting he stole more than a dozen guns from a military vault in Massachusetts.

According to court documents, Morales broke a kitchen window and made his way into the drill room, a large hangar-like structure with a weapons vault the size of a shipping container stored inside. He cut through the roof of the vault with a power saw and a pry bar, lowered himself through the hole and stole six M-4 carbines and 10 9mm M-11 handguns. Security cameras captured images of Morales loading black duffel bags into his rented BMW X1. Investigators also discovered Morales’s blood left behind on the sharp edges of the hole cut into the vault’s roof and smeared on the walls, according to court documents.

Morales also cut off his ankle monitoring bracelet assigned to him by a Superior Court judge for charges of child rape and indecent assault on a minor younger than 14-years-old, triggering an arrest warrant. Police apprehended him in Long Island just four days after the heist using the GPS tracking device installed on his BMW. He told police he sold five handguns to a couple in Dorchester before making his way to New York City.

Some 13 months after his November 2015 arrest, however, Morales escaped a Rhode Island detention center by climbing a basketball hoop onto a roof and scaling a barbed wire fence. He evaded capture for six days, during which time he attempted to rob two banks — in Cambridge and Somerville — though tellers in each incident refused to comply.

Prosecutors argued for a 15-year sentence, noting Morales’s crimes endangered the lives of himself and others. Assistant U.S. Attorney Mark Grady told a federal court judge Monday some of the stolen guns resembled those used in mass shootings and could have fallen into the wrong hands, easily.

Defense attorneys preferred a sentence of just over seven years, citing Morales’s model behavior while kept in solitary confinement. Described as a crime of opportunity — Morales once worked at the reserve center before his honorable discharge in 2013 — his legal team said he proved capable of rehabilitation and wished to help raise his three young children in their formative teen years.

“Other than his escape from custody, Mr. Morales has not been an institutional problem,” said Edward Ryan, Morales’s defense attorney, in court documents filed this month. “He has no institutional history of violence or disciplinary incidents. This is all to say that the past two years of his confinement have been under extraordinary difficult circumstances. The detrimental effects of solitary confinement are considerable and well known.”