Barnaul-branded Russian ammo is now being imported by MKS 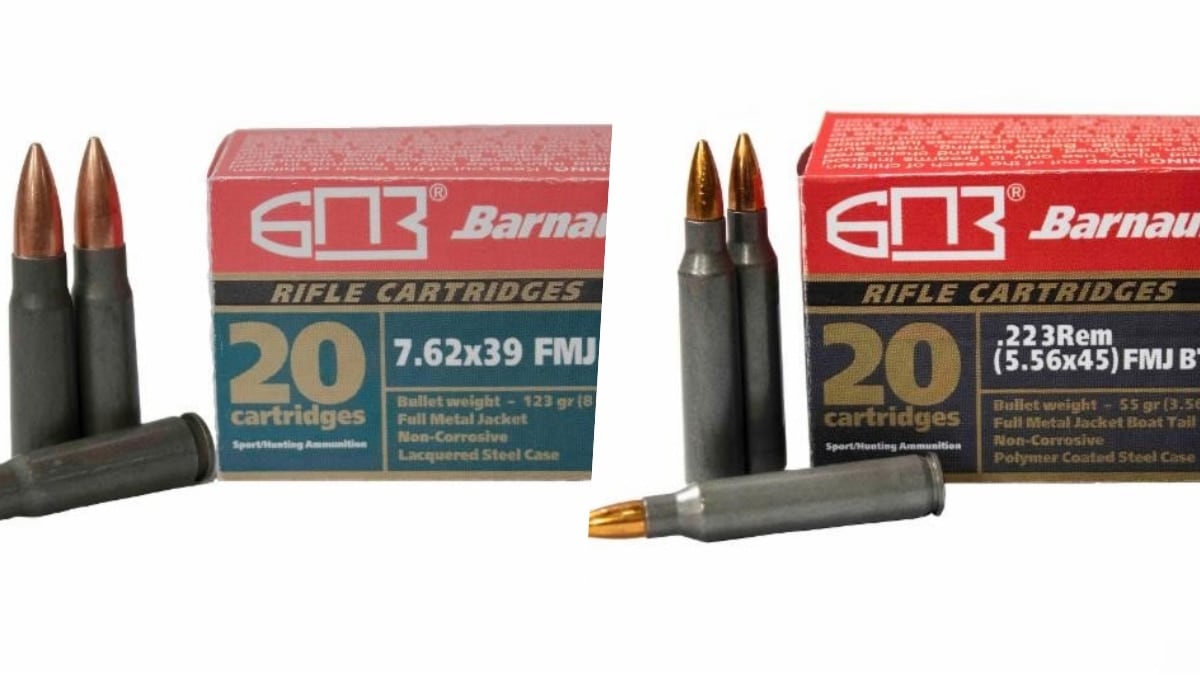 While MKS is promising several options will be available in almost a dozen calibers, the only two shown off are a 123-grain 7.62x39mm FMJ with a lacquered steel case and a 55-grain .223 Rem FMJ boat tail with a polymer-coated steel case. Both are marked non-corrosive. (Photos: MKS)

Ohio-based MKS announced this week that they will be bringing Russian-made Barnaul ammunition into the states in a variety of calibers.

“Many of the listed calibers will also offer various bullet weights and bullet configurations, including FMJ, SP, HP, FMJBT, HPBT, and SPBT,” said MKS in a statement.

Operating as the Barnaul Cartridge Plant JSC in the Western Siberian urban center of Barnaul, the company is privately owned by BSZ Holding, which was established in 1941 as the ammo plant was moved from the Moscow area to the steppe in an effort to keep ahead of the German invasion during WWII. Today, in addition to military cartridges, Barnaul manufactures a variety of sporting and hunting rounds using a lead core bullet, non-corrosive Berdan primers and a steel case that can be lacquered, polymer coated, or plated with brass or zinc. Their most common lines encountered in the West are branded as Centaur and Bear.

MKS said they will be releasing the ammo to retailers starting in December and pricing “will be very competitive.”