Share
From its humble beginnings in an 800-square-foot garage in the mid-1990s, Rock Island Auction Company has become a premiere destination for the American gun collector and history enthusiast alike. The Illinois-based company has seen substantial growth in recent years – upgrading to an 86,000-square-foot facility and setting industry records with $63 million in annual sales – thanks in part to the tireless work effort of the employees and the family atmosphere. “You can interchange the words team and family here because we’re a family business. Nobody’s satisfied with the status quo,” said Kevin Hogan, President of RIAC.

It’s apparent when you look at the growth that RIAC has undergone in the just the last few years alone. They continue to set industry standards for auction houses partially because they can sell guns, such as the finest known Winchester 1886, for world record prices but also because they are able to sell antique collectibles to the common man with reasonable requests. “We cut our teeth on $1,000 guns… It’s not for the ultra-elite, it’s for gun lovers everywhere,” Hogan said. 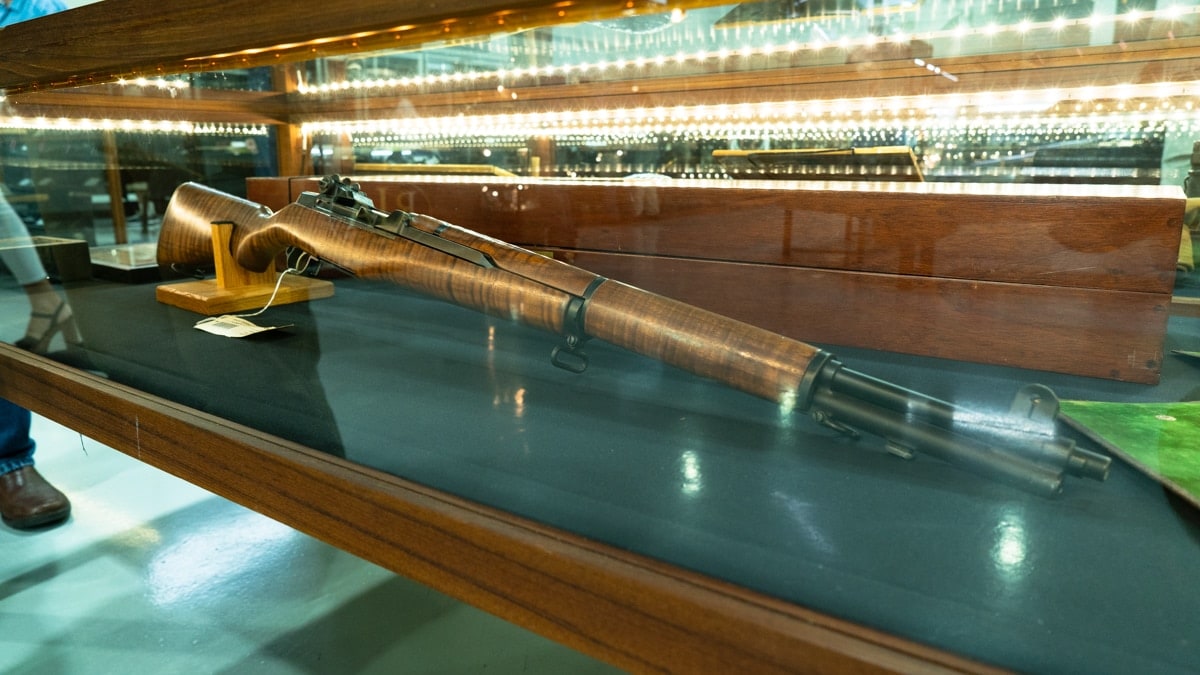 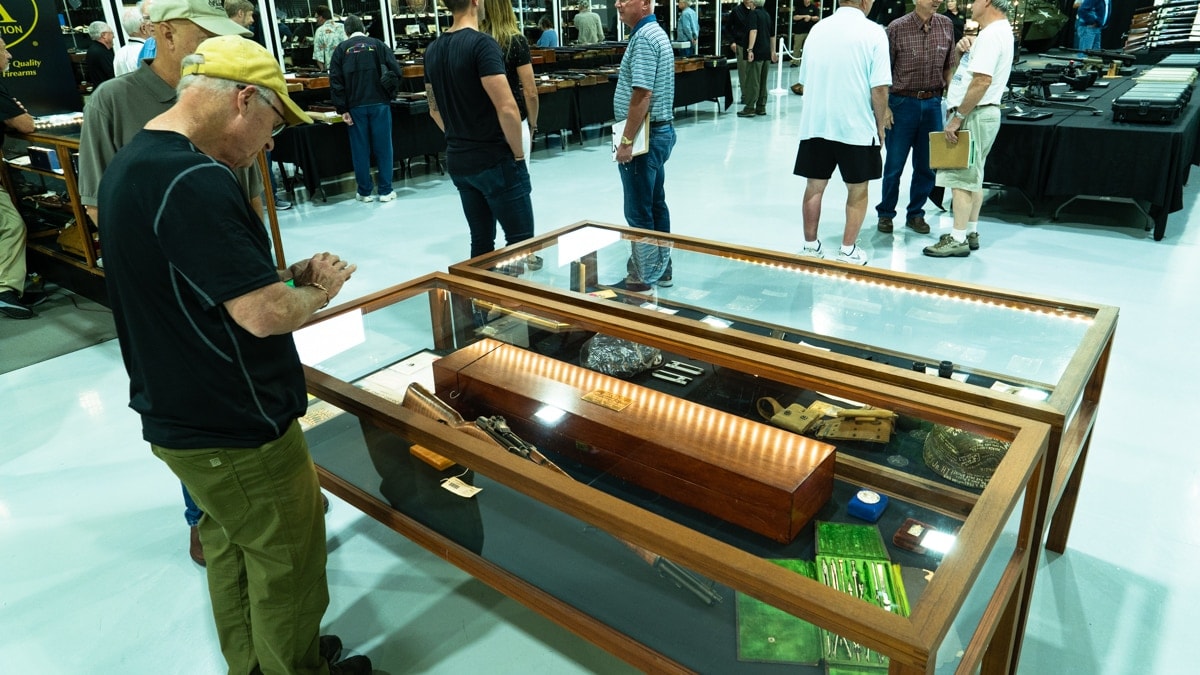 The secret to RIAC’s success lies in their ability to produce world class photography for their catalog mixed with premiere customer service. RIAC runs two shifts of photography yearlong to keep up with their catalog production schedule. This equates to nearly 200,000 photos a year! The result is a three-part catalog which meticulously details each gun, written by people who have done their research. “I do have a master’s in history, we have three others as well. I think it does put us on another level, we’re putting that scholarly research into [each gun],” said Andrew Padavich, Lead Describer at RIAC. 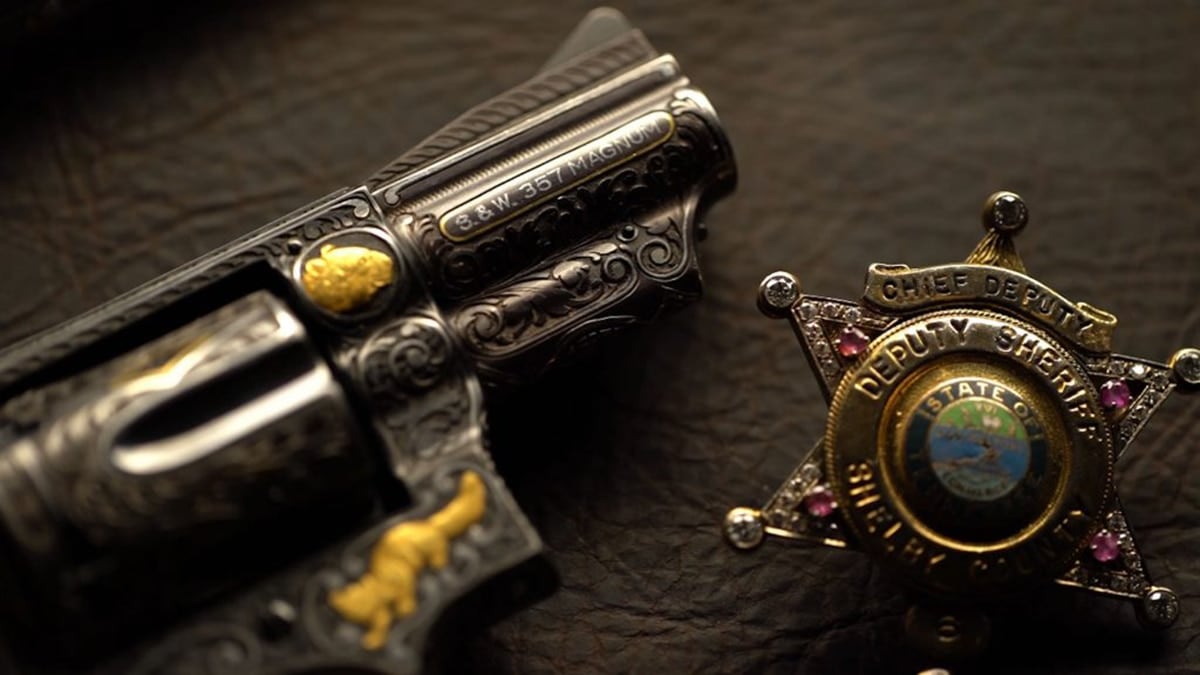 For the serious collector pictures on paper just won’t do. Enter the preview room that would make any gun collector drool in anticipation of bidding. “It takes weeks for us to set the preview floor,” said Laurence Thompson, VP of Catalog Production. It becomes immediately apparent the painstaking labor that goes into all this when you walk in the room. The room is laid out by day and lot number in ascending order. This makes it very easy for collectors and regulars who have their eyes on specific firearms to find them quickly. 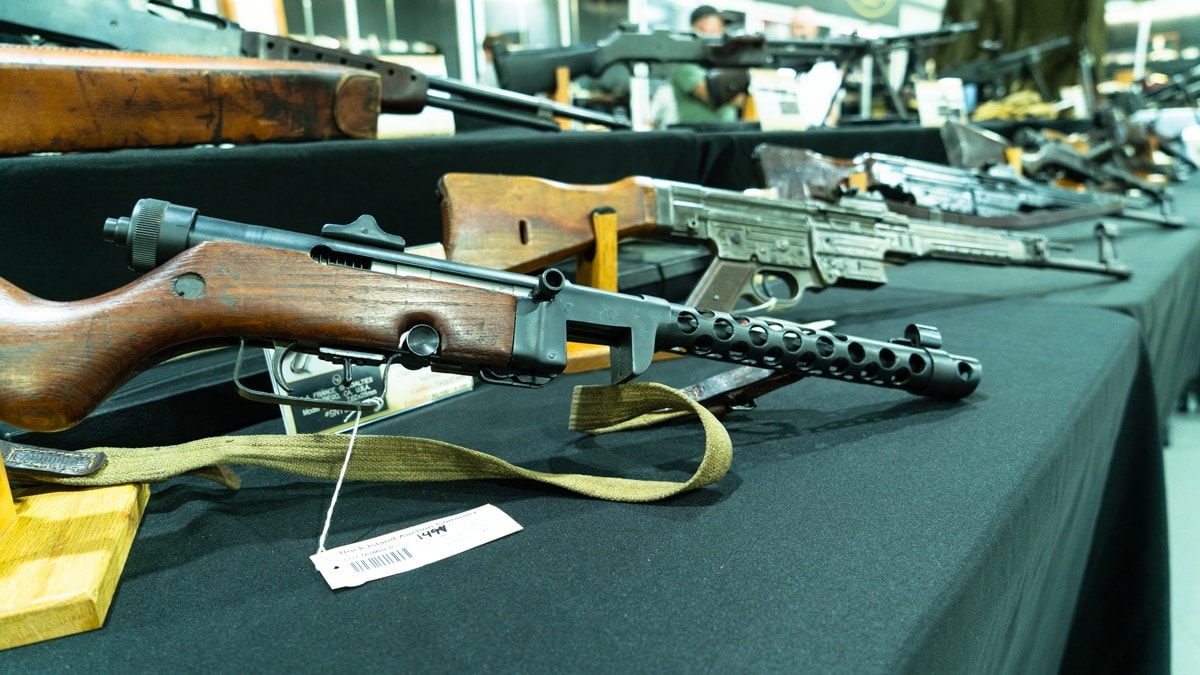 One of many NFA weapons that can be found at RIAC (Photo: Ben Philippi/Guns./com)

At the end of the day RIAC has no plans of slowing down. They are starting to attract younger collectors who see these guns as a tangible and undervalued asset. In addition to drawing a younger crowd they are also looking to expand their current buyer base by selling used military vehicles. “We thought military vehicles would be a good niche,” said Hogan, “we know the military vehicle market is on a big upswing, stuff with American history is relatively cheap compared to [collector cars].”

Whether you’re a gun collector with millions or just a history buff with an interest in guns RIAC’s premiere auctions are something to consider. The Quad Cities may not be the travel destination of choice for everyone, the guns and history are worth the visit and the customer service is what will keep you there. 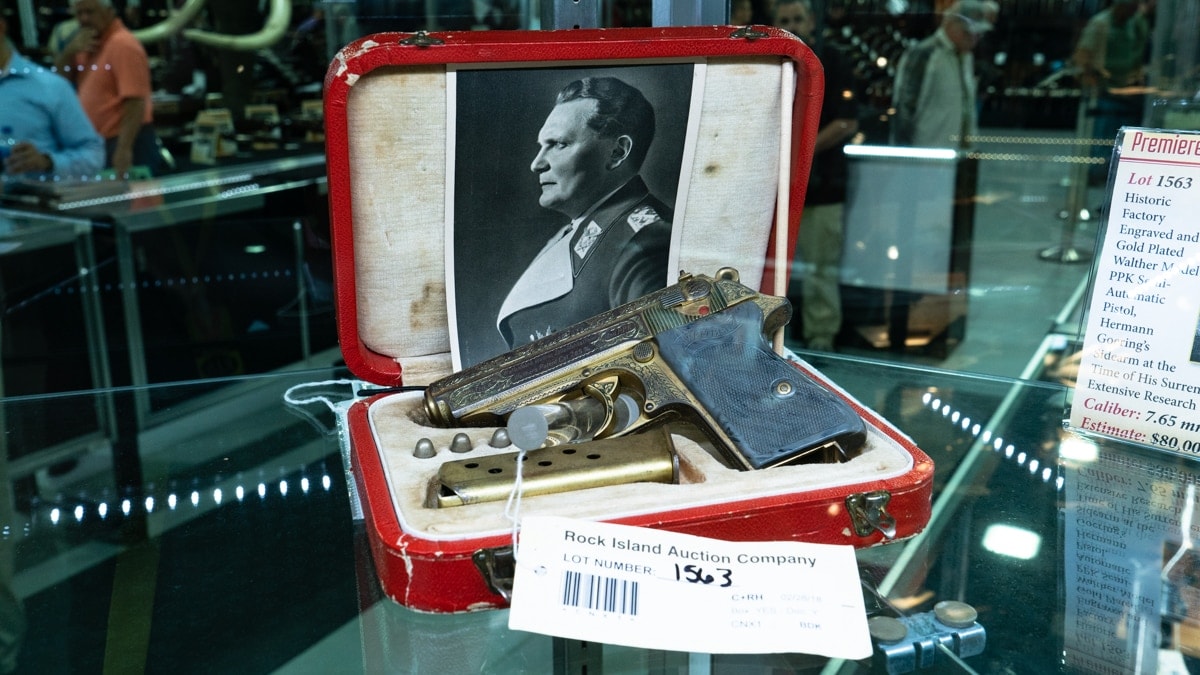 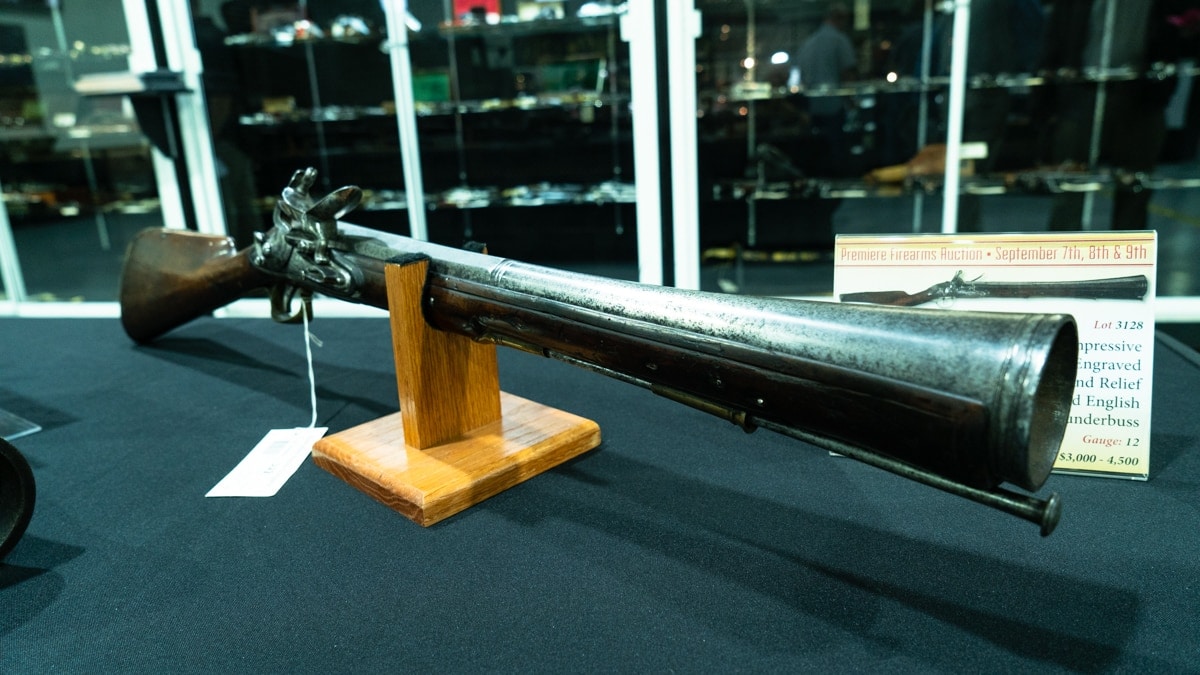 A Blunderbuss for your collection perhaps? (Photo: Ben Philippi/Guns.com) 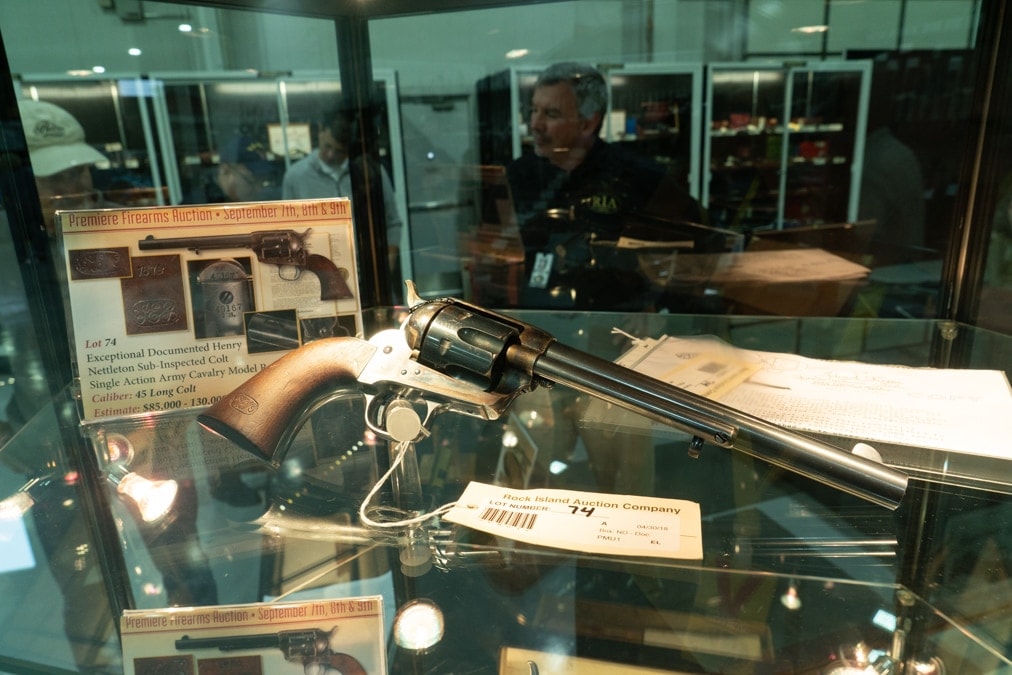 Everywhere you look there are historic guns (Photo: Ben Philippi/Guns.com) 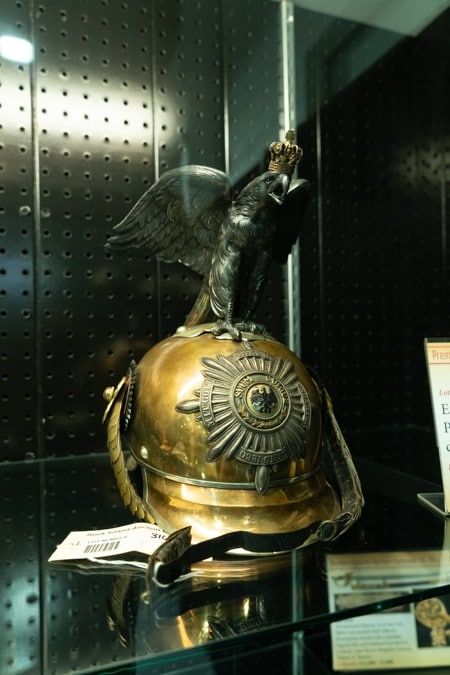 It doesn’t stop at guns, this Prussian Gardes du Corp helmet is among many of the military items they sell (Photo: Ben Philippi/Guns.com)