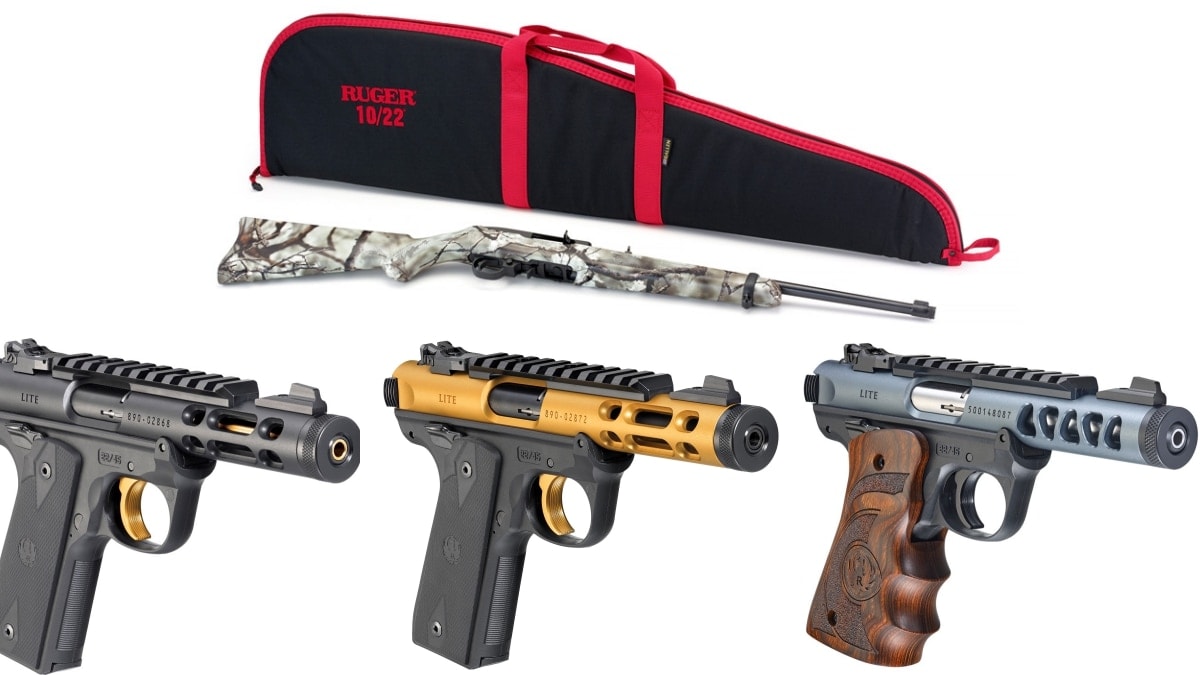 Ruger is increasingly eager to scratch your every .22LR itch with new products (Photos: Ruger)

Ruger has announced a number of additional offerings to their line of rimfire .22LR semi-auto pistols and rifles. The new models added to the catalog go past the initial Mark IV 22/45 Lite pistol chapters by adding variants that sport target laminate grips, anodized finishes other than the standard Diamon Gray, and gold trigger and barrel accents.

Across the line, all use a 4.4-inch barrel to produce an overall length of 8.4-inches and a weight kept low (24 ounces, typically) due to a ventilated aluminum receiver. Model 43921 in the 22/45 Lite series comes standard with smoothly contoured wood laminate grips with wrap around finger grooves. 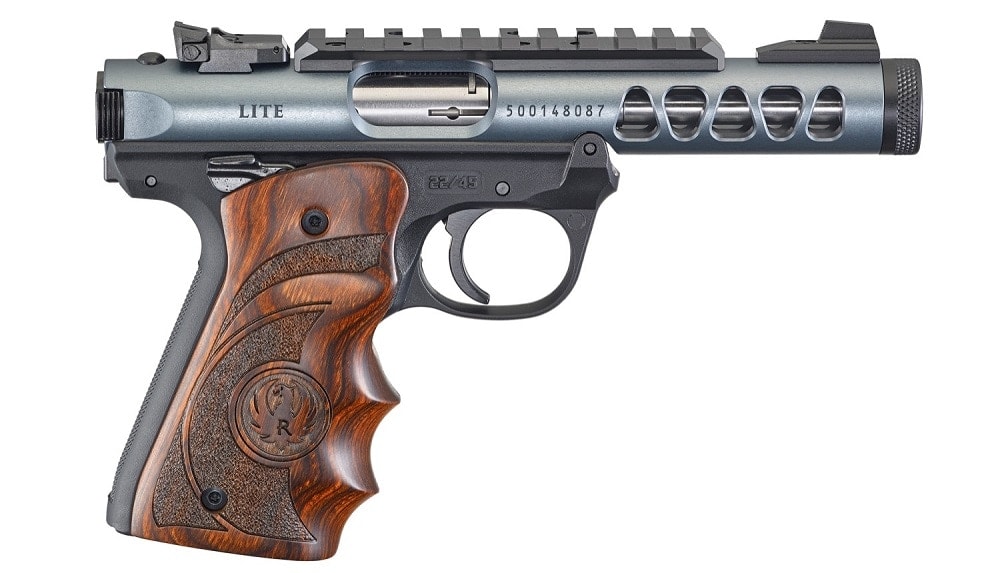 Model 43926 sports a distinctive gold anodized finish on the trigger and upper. 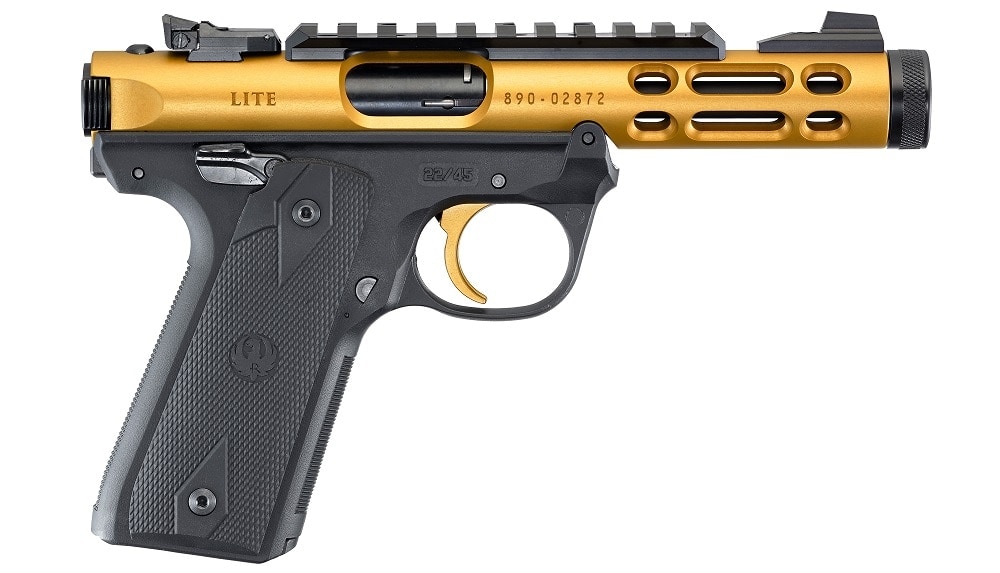 Model 43927 has a black-on-black look courtesy of its black anodized finish but keeps a little flash by having a gold barrel visible through the vents as well as a matching trigger. 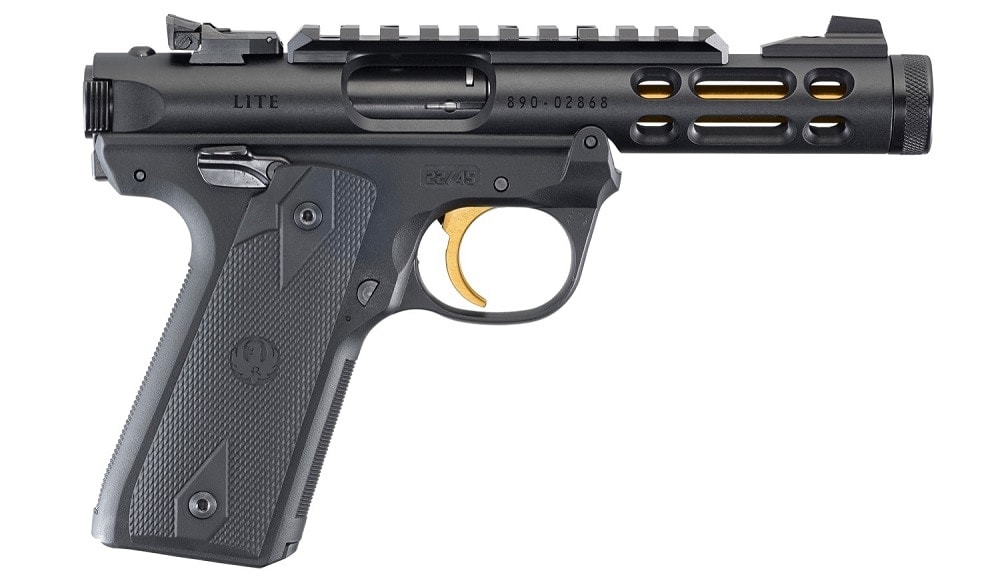 The newest 10/22 in Ruger’s stable comes equipped with a synthetic stock finished with GO Wild Camo’s Rock-Star pattern which features a macro “sticks and leaves” scheme in a mix of gray, green, and brown colorations that is billed as working “equally well in the rocks as it does in a November tree to mask the human form.”

Standard with an 18.5-inch threaded barrel, the handy .22 weighs 5-pounds flat and ships with a soft-sided rifle case for a retail of $399.