ATF searching for 'most wanted' straw purchaser missing since 2006 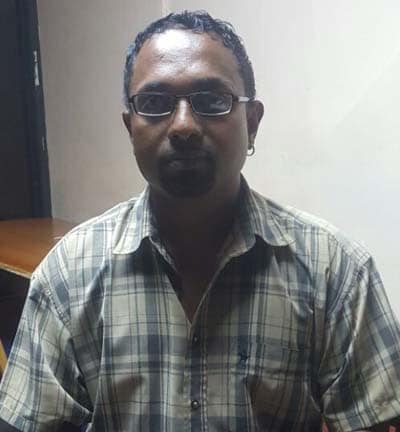 Oudit Narain Seenarain, 43, skipped a court hearing in April 2006 — nearly a year after a grand jury in Georgia indicted him on five counts of firearms trafficking. Seenarain allegedly bought 34 handguns from dealers during a two-week period in June 2005, according to court documents, during which time he told employees he planned to send the weapons to Guyana — his home country.

Seenarain faces a separate indictment in Henry County, Georgia for strong-armed rape, intent to distribute controlled substances — including cocaine, ketamine and ecstasy — and receiving stolen property in July and November of 2003. He told Kaieteur News last year he petitioned Interpol to remove him from their own most wanted list after U.S. law enforcement determined some of the alleged victim’s statements to be false.

He said in March 2017 he was “unaware” of the ATF’s Most Wanted List and believed the charges stemmed from the since-removed information contained in Interpol’s database. Guns.com reached out to the ATF for clarification and have not yet heard back.

Seenarain stands 5-foot-5  and weighs about 150 pounds, with black hair and brown eyes. He has two distinctive tattoos: a crown on the right side of his chest and a scorpion on the right bicep. Authorities believe he fled to Georgetown, Guyana where he may be armed and dangerous.