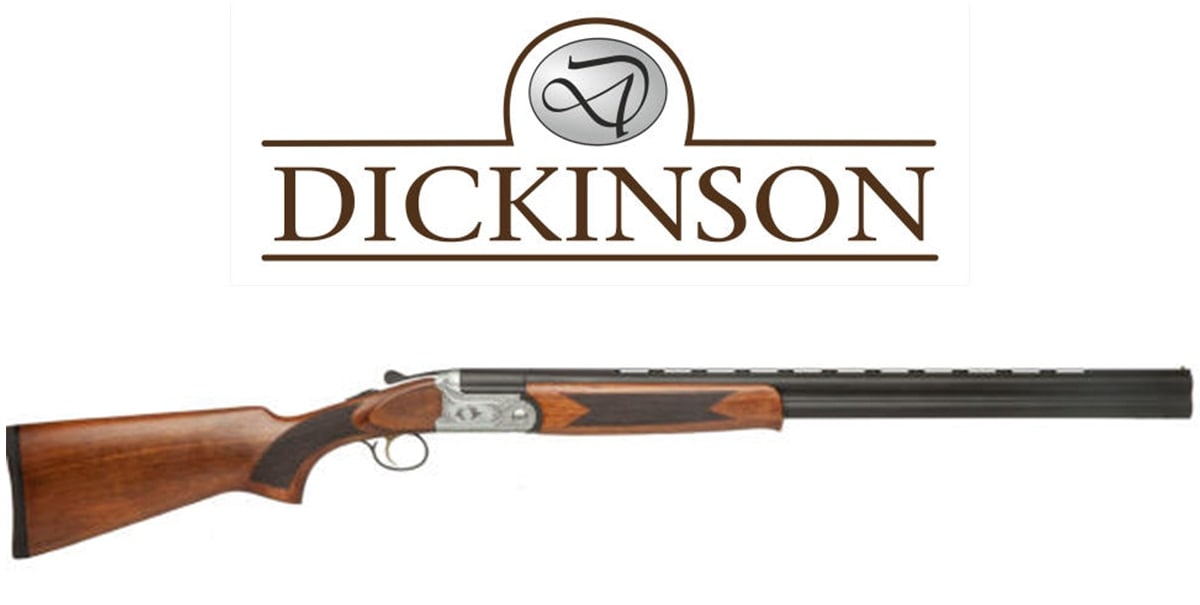 The Greenwing offers a Turkish walnut stock married to the shooter’s choice of a silver satin or blued receiver. (Photo: Dickinson)

Dickinson Arms expands its 12-gauge lineup with the Greenwing over & under shotgun, created for hunters.

The Greenwing features a Turkish walnut stock and foregrip with 22-lines-per-inch checkering paired to a silver satin or blued receiver. The receiver is decked out with a full coverage scroll engraving delivering a waterfowl design and Dickinson logo.

Offering 26-, 28- or 30-inch barrel lengths, the Greenwing ships with five supplied choke tubes. The shotgun also includes a new safety mechanism by way of an integrated toggle switch. The switch allows the shooter to easily select which barrel fires first. The toggle uses a red and white dot to demonstrate which barrel is selected. The barrel selector is able to be used while the over-and-under is in the safe or fire position.

“This isn’t just a great value gun —it’s a great gun, period,” Tim Bailey, co-owner of Dickinson Arms, said in a news release. “Working with our factories in Turkey, we are able to provide a level of features, quality and performance one would only expect from a gun costing much more.”

The Greenwing will initially ship as a 12-gauge shotgun with 20, 28 and 14-gauge options coming in 2019. The Greenwing is backed by a Limited Lifetime Warranty and retails for $700.