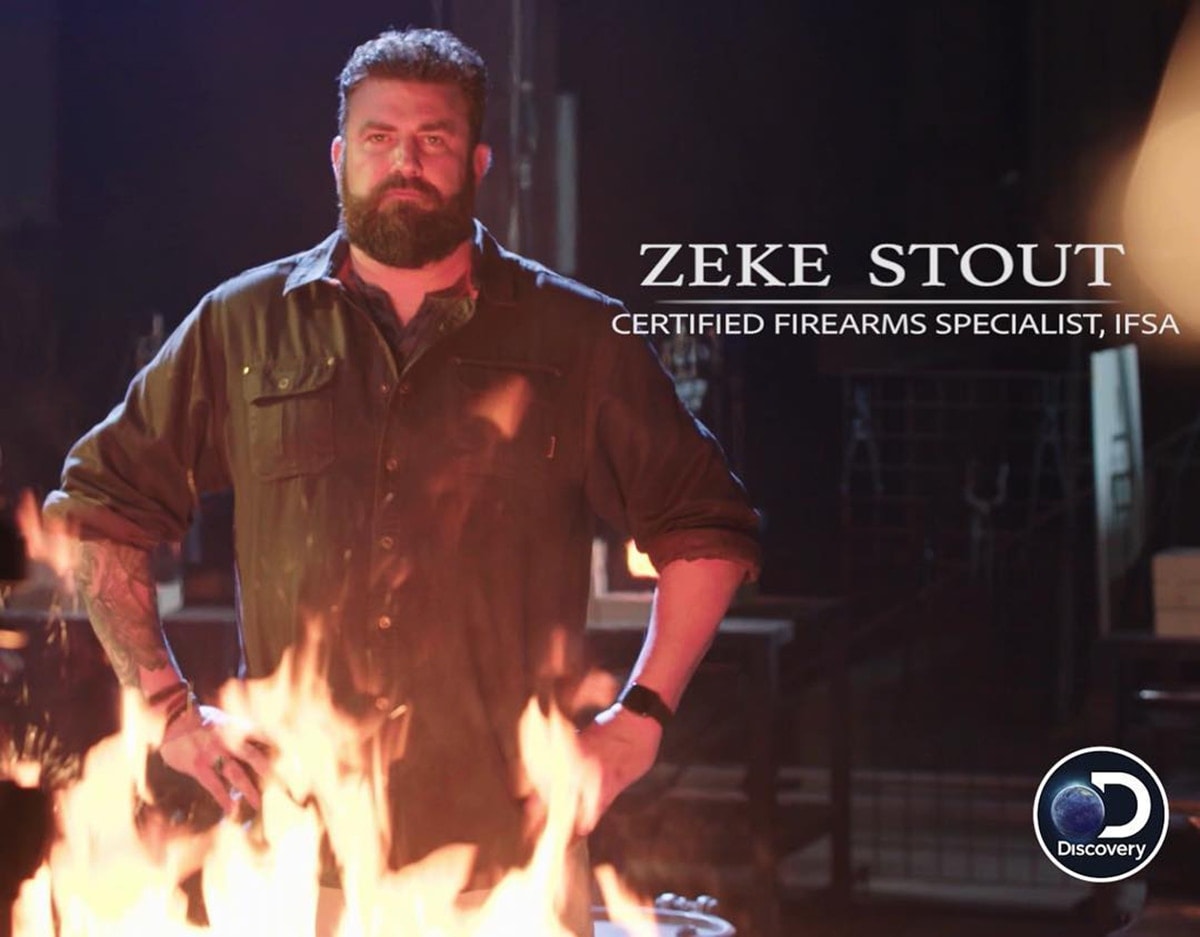 Master of Arms on Discovery has quickly garnered a fanbase within the shooting world as gun enthusiasts gather around each Friday to devour new episodes. Aside from showcasing blacksmiths from around the country as they compete to create historical weaponry, Master of Arms also brings its engaging cast into the homes of viewers.

Guns.com sat down with one of its stars, the comical Zeke Stout, to find out how he get started in the gun industry and to unearth some secrets behind the Master of Arms set.

Guns.com: How did you first get into firearms?

Stout: I was born in Texas and raised there and in Tennessee so go figure. I actually grew up going hunting periodically and plinking with friends maybe once a year. I owned my first self protection handgun when I was 21 and it was a Lorcin .380 so needless to say that really didn’t get me into it much at all. I didn’t truly get into firearms, all in, until around nine years ago. I purchased a .357 magnum revolver and started studying like crazy through books, training, YouTube, and podcasts. I was all in.

Guns.com: What led you into the industry portion of the firearms community?

Stout: In the studying, I saw a need for more entertainment in firearms media. Not that there wasn’t any but just saw a gap that could be filled more so Marty (Holder) and myself started the Talking Lead podcast. I was not as passionate for my executive job as I had previously been so I put my resume out to some of our sponsors and landed at a firearms technology school where I worked my way up to being Executive Vice President of Product and Positioning. While there, Vanessa Mandrell and myself started the Projectile Dysfunction radio show on a local FM station. It was a little more irreverent and not necessarily a “gun show” per se but you definitely needed to be pro gun to hang with us.

Guns.com: What’s been the most challenging part of your firearms journey?

Stout: The most challenging part of my journey has been dealing with the infighting our industry has. At a time when we need to bind together no matter what our backgrounds are. I have always said who cares how someone gets into firearms, whether from a tactical background in law enforcement or military, or from watching movies and playing video games. Once those people are here we need to support them. Just embrace everyone including if their other politics are different — as long as their pro gun. We’ll argue our other politics when our 2nd amendment is secure. 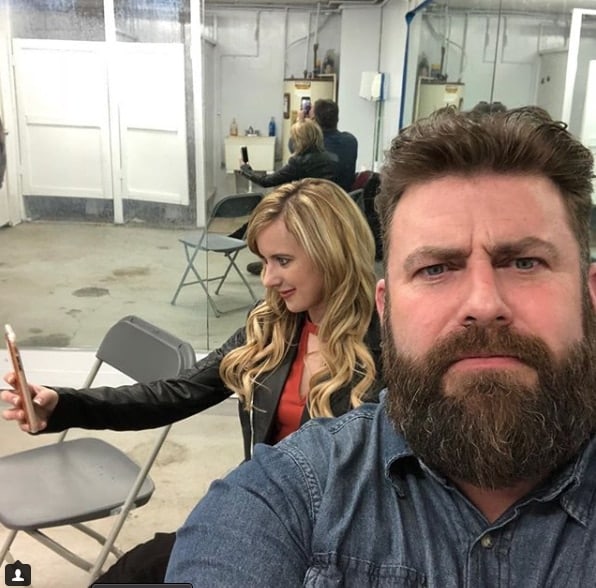 Guns.com: How did you get involved with Master of Arms?

Stout: I almost missed it! I received a LinkedIn message asking me to audition but I never check LinkedIn. Saw it a month and a half late. Whew! I did several Skype auditions then flew to LA for a “sizzle reel” filming last December. We then did chemistry tests to see if all judges had good on-air chemistry in February. Next thing you know I’m going to resign my role at the school to fly out for six weeks for filming.

Guns.com: What’s been the most enjoyable part of the Master of Arms experiences?

Guns.com: Any interesting behind the scenes stories?

Stout: So Ashley (Hlebinsky) was taking a lot of selfies during filming to post after it aired. So I thought it would be a blast to sneak up and get selfies of me with her in the background taking selfies as well. She started calling me the selfie ninja.

Guns.com: What do you hope viewers take away from the series?

Ratings are important for us to keep our show from a selfish perspective; however this is bigger than just our show. The TV entertainment world is showing guns on TV again, and in a way that will potentially expose people who are anti or on the fence about guns to the historical significance, work it takes to make, and the works of art firearms can be.

The entertainment industry is a business just like others and is based on numbers — you watch, they make more. Ratings are what they care about, so if we come out en mass and show that the firearms community has power in numbers and get great ratings that means potentially more gun related shows. Even if you dislike ours if you find a way to watch and enjoy, it may lead to some of your favorite firearms people getting TV shows because TV needs ratings and if we prove that the firearms world is strong together they will be very open to more.

Guns.com: What’s next for you? Where do you see yourself a year from now?

Stout: Hopefully seasons two-five, haha. I really hope this takes off and we see more. Currently I am in talks for some endorsement and spokesperson deals with companies and willing to have more if anyone’s interested. Also I would honestly like to try a little acting as well. Maybe some studio has a need for a gun toting 6-foot, 7-inch Sasquatch for an action movie or something. No wait, my back hurts lets stick with comedy.