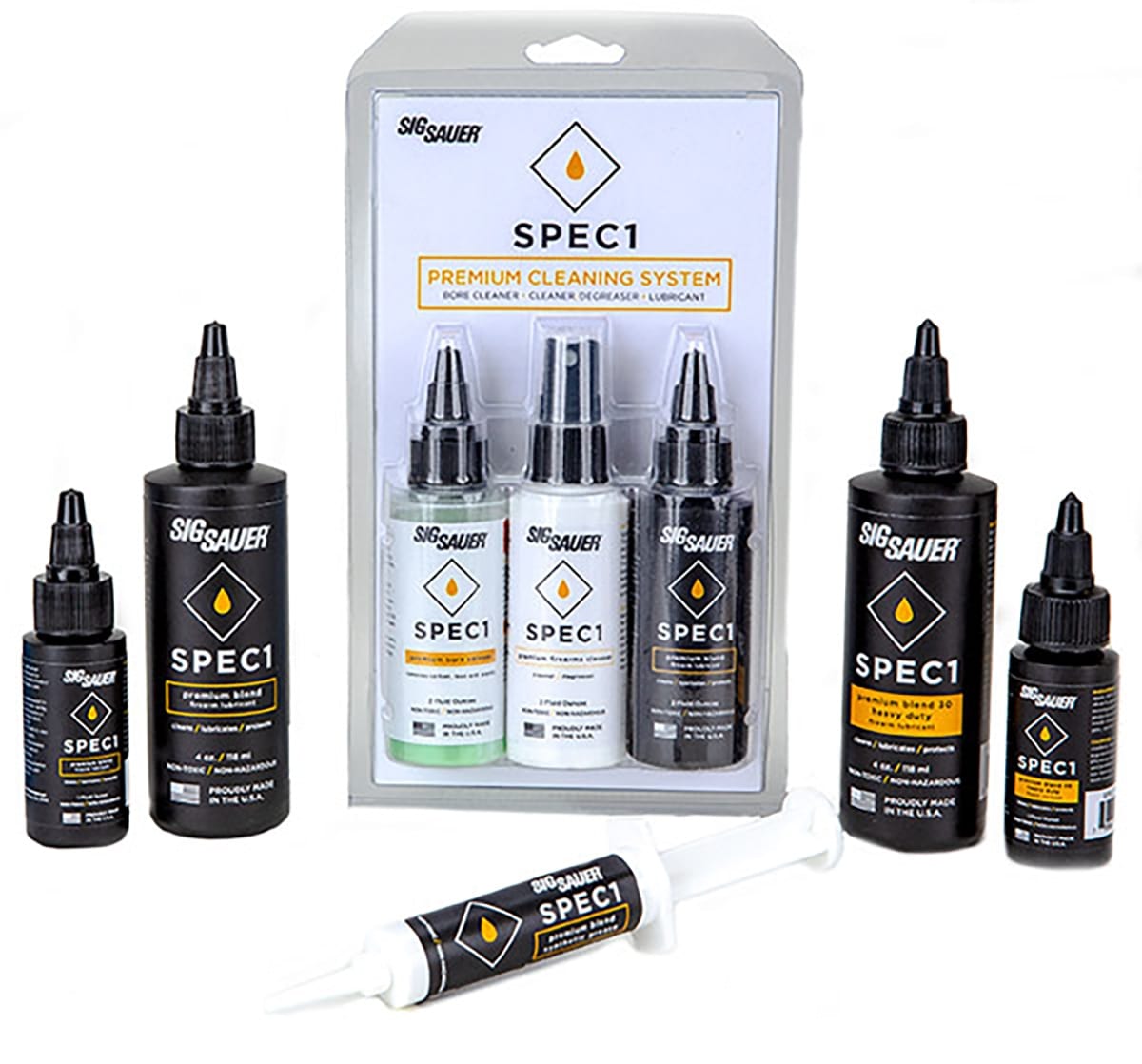 Sig Sauer adds to its lineup with a new, specially formulated Spec1 lubricated created for Sig Sauer by Slip2000.

Sig Sauer said the partnership between it and Slip2000 is the result of Slip2000 being Sig Sauer Academy’s preferred lubricant for years.

“For years Slip2000 has been the lubricant of choice amongst our Sig Sauer Academy instructors and military units in the U.S. and around the world, because of the quality and performance of the product,” Tom Taylor, Chief Marketing Officer and Executive Vice President, Commercial Sales for Sig Sauer, said in a news release. “It’s important to us that our consumers have easy access to the same products used by our instructors, and can have complete confidence in the lubricants and cleaners they are using on their firearms because it has earned the Sig Sauer name. The introduction of Spec1 accomplishes all of these objectives to the benefit of our end user.”

Spec 1 comes in a variety of sizes and price points to include: