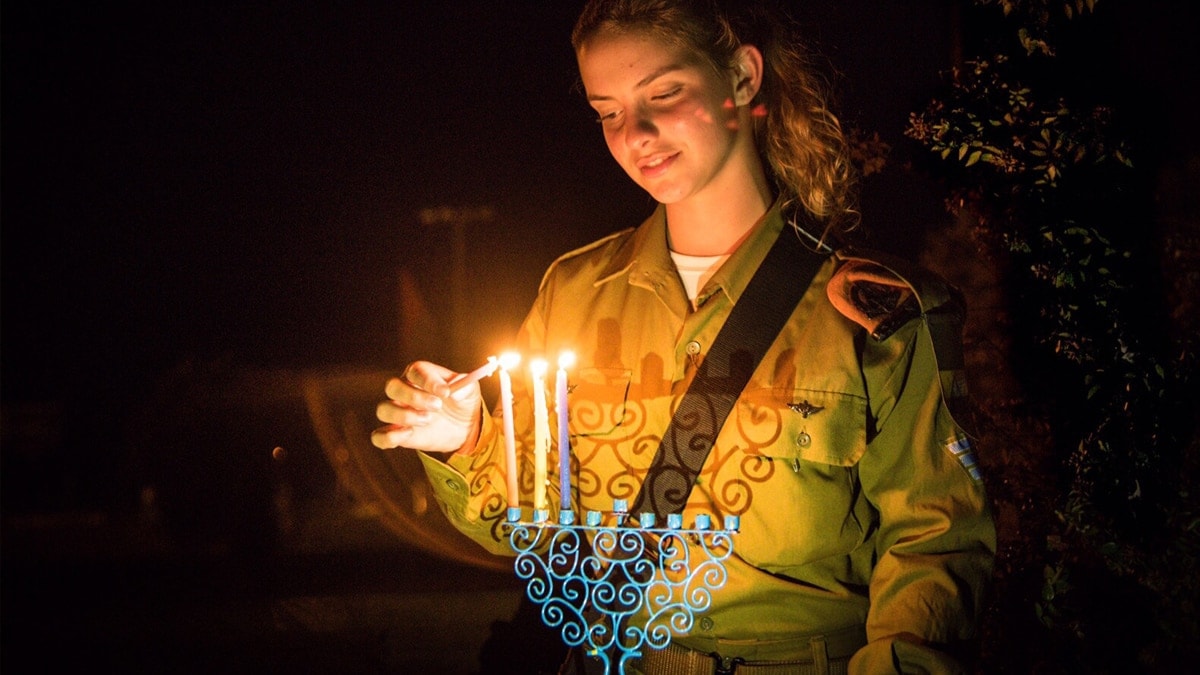 An Israel Defense Forces soldier lighting a candle on a menorah during Hanukkah. (Photo: IDF/Flickr)

Hanukkah, the Festival of Lights, kicked off on Sunday night for many with the traditional lighting of the menorah. For eight days and nights, people of the Jewish faith across the country and around the world will observe this annual tradition by exchanging gifts and eating delicious, deep-fried foods.

It seems to us that Jews and guns are a match made in heaven. Rich in tradition, the Jewish people have historically given the world some of its finest craftsmen and engineers. With a history of extreme persecution combined with a backed-into-a-corner, surrounded-by-hostiles kind of existence has molded the Israelis into one of the world’s toughest armed forces.

So it should come as no surprise to us Westerners that since the ’50s, some of the most unique, outside the box gun designs originated in the Promised Land.

While the U.S. military depends on the M16 and many other countries turn to an AK variant, for the bulk of the 20th Century, Israelis turned to the Galil assault rifle. Tracing its espionage induced design origins to the AK and the Finnish Valmet, the standard Galil is tendered in both 5.56mm and 7.62mm.

For civilians, however, the Pennsylvania-based Israel Weapon Industries offers the Galil ACE in 12 different variants that differ in caliber, size and features. Like the military version, the ACE is available in 5.56 or 7.62, but also as a pistol, carbine or rifle, and with a stock or stabilizing brace.

The Tavor is still widely used by Israeli Defense Forces, although most units in the field are now equipped with ultra-modern replacements like the TAR-21 (like combine Tavor and 21st Century), which is now the standard issued weapon of the Israeli infantry.

Traditionally, the Tavor is a bullpup rifle chambered in 5.56×45mm NATO, but the design has been expanded over and over again to include a number of calibers and configurations (making some variants Tavor in name only). IWI turns out thousands of these tough little guns a year. 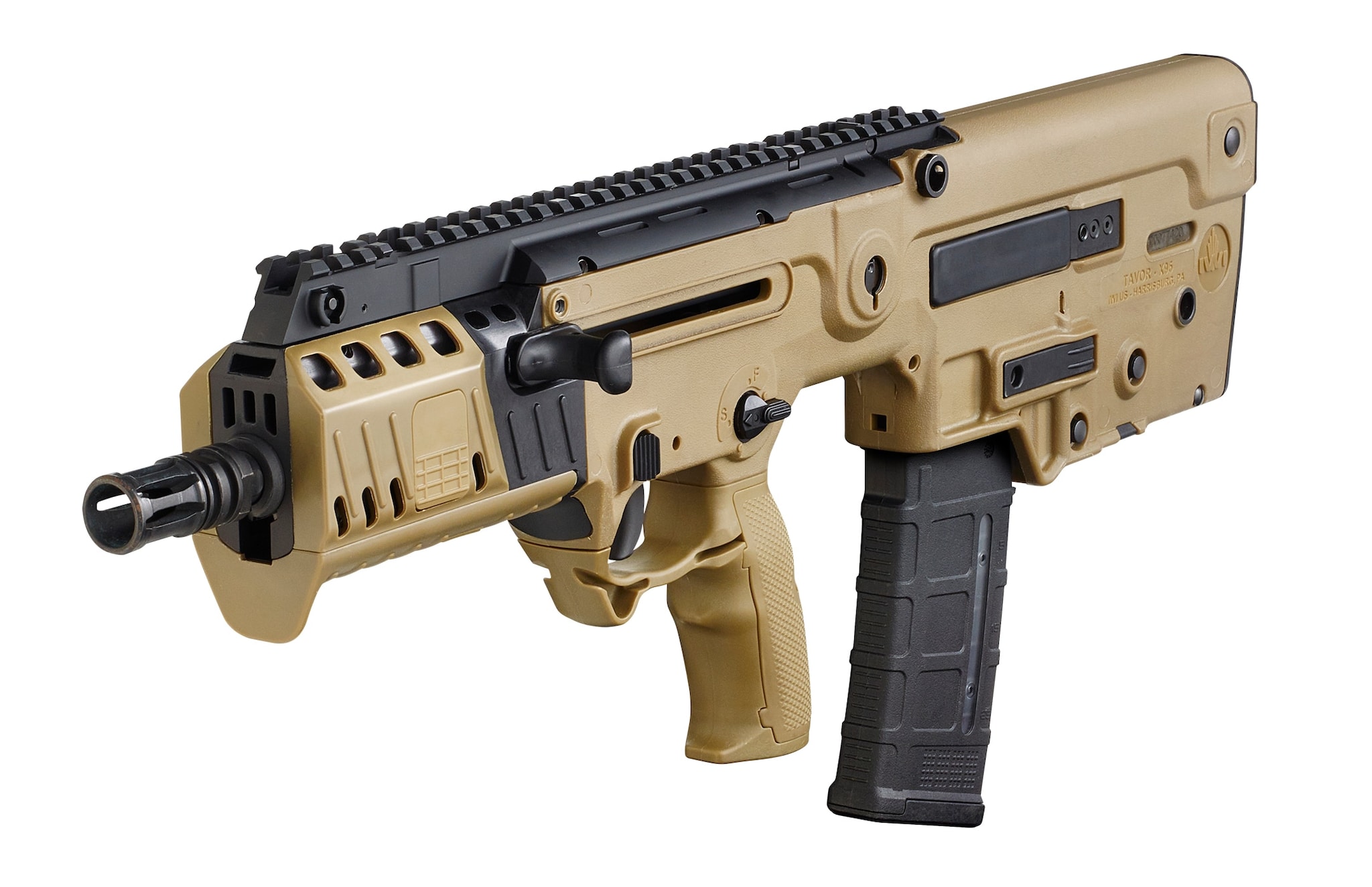 At first glance, the Tavor X95 may look like a shorter and lighter version of the standard Tavor rifle, but the design is actually very different, making its own gun.

Designed down from the Tavor to be a sub-machine gun, the X95 has different placement of the cocking handle and redesigned stock. As a military weapon, the X95 is chambered in 9mm.

For civilians, IWI offers seven variants of the Tavor X95. Configurations include different calibers, barrel lengths and even left- or right-handed controls.

Ok. This is the last Tavor on this list, but it’s a good one. Unlike the other Tavors, the differences with the Tavor TS12 are obvious and require a bit of a learning curve.

The semi-auto shotgun design includes three magazine tubes capable of holding four to five 12-gauge shells depending on the length of the shell. While the operating controls are similar, loading is slightly more complex as the user must rotate the tubular magazine by hand.

The Negev (like the desert) replaced the Galil as the IDF’s official light machine gun in 1997. Chambered in 5.56 mm NATO the system uses propellant gases from the barrel to cycle a short-stroke gas piston operating system under the barrel and a rotary bolt locking mechanism. IWI now makes, a shorter and lighter version of the standard Negev light machine gun called the Negev Commando. 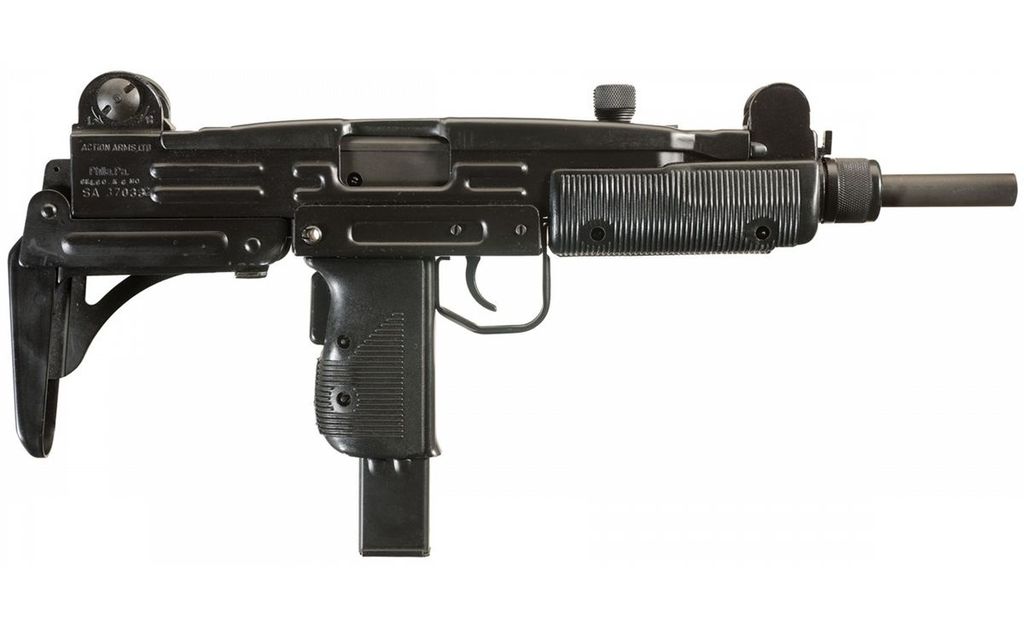 Hands down, the Uzi is one of the most iconic sub-machine guns out there. Designed and developed by weapons maven Major Uziel Gal in the 1940s, Israel’s most kosher gun has found a home under the jackets of elite infantry assault forces, officers, artillery troops, tankers the Yamam or Israeli SWAT team and of course US Secret Service agents guarding President Reagan.

Uzis are all open bolt and blowback-operated with variants ranging in size from micro-uzi machine pistols to folding stock silenced assault rifles. Exported to over 90 gentile countries and made by too many manufacturers to list here and have it still have it be interesting (FN Herstal gets a nod though), all Guns.com can say is l’chaim.

There are a number of civilian-modified Uzis available as well, though ones currently offered by IWI lack that clunky, heavy steel design. 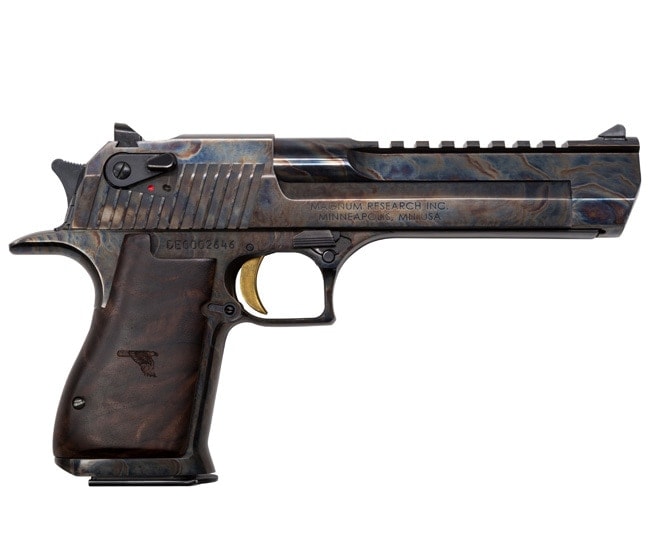 Whether you think it’s the most powerful handgun you can fit between two hands or a real piece of schlock with a reputation for feeding glitches and a tendency towards garish flare, you can’t talk about Israeli guns without mentioning the Desert Eagle.

The large-framed pistol has been copied, stretched, re-calibrated, shortened, lengthened, tinkered with, torn down, built up and just simply renamed by manufacturers from Magnum Research to Kahr arms since 1983. What can we say, like it or leave it, the gun has real chutzpah. 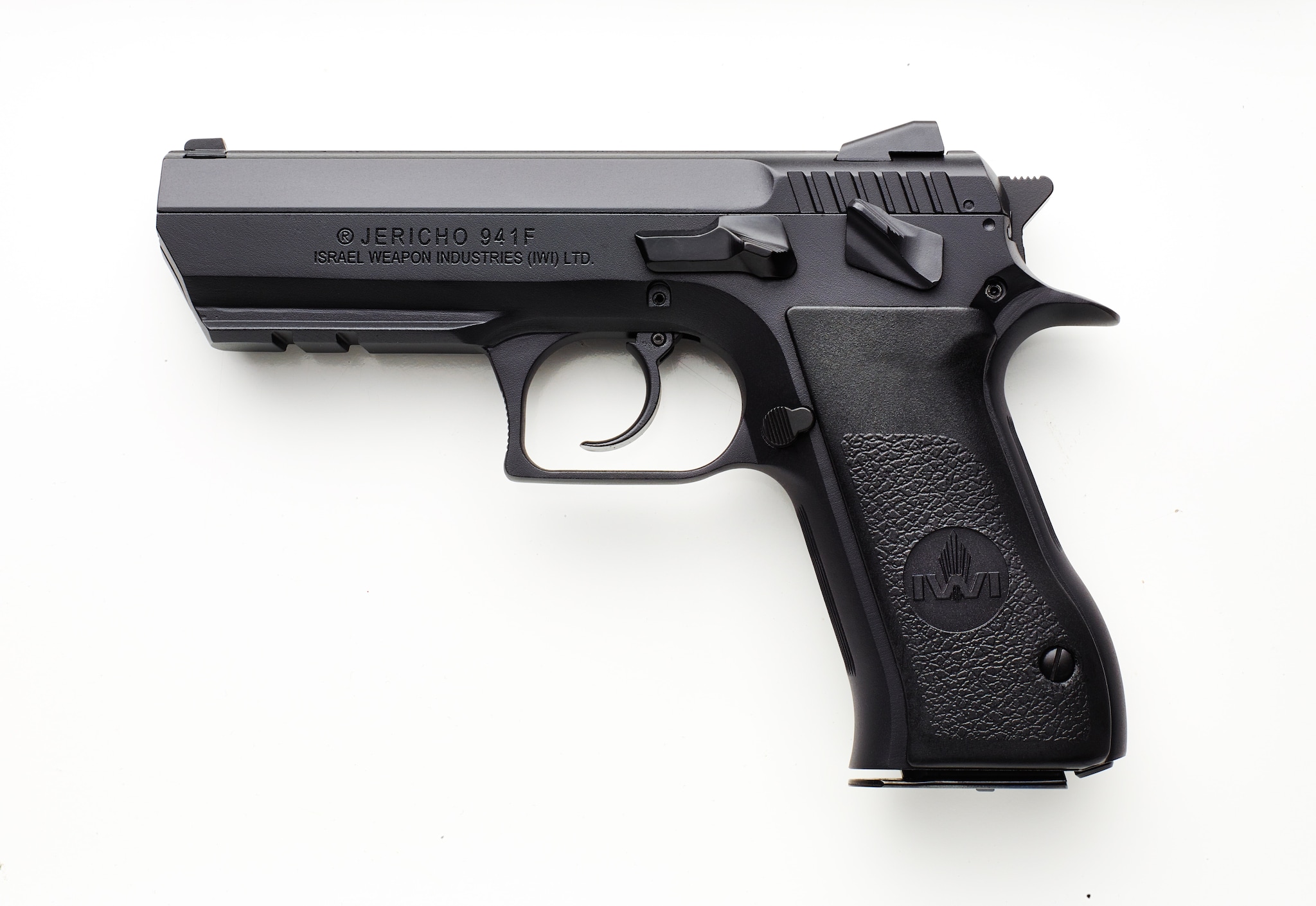 Also manufactured by IWI, the more dependable yet lesser known Jericho 941 handgun has also had a number of paths to the U.S. Since its introduction in 1990, the pistol has had a number of importers and names. For a little while, it shared names with other famous Israeli weapons like the Uzi Eagle or Baby Eagle despite having little to no similarities from a design standpoint. IWI offers the Jericho in five different configurations ranging from caliber — 9mm or .45 — size, and frame construction.