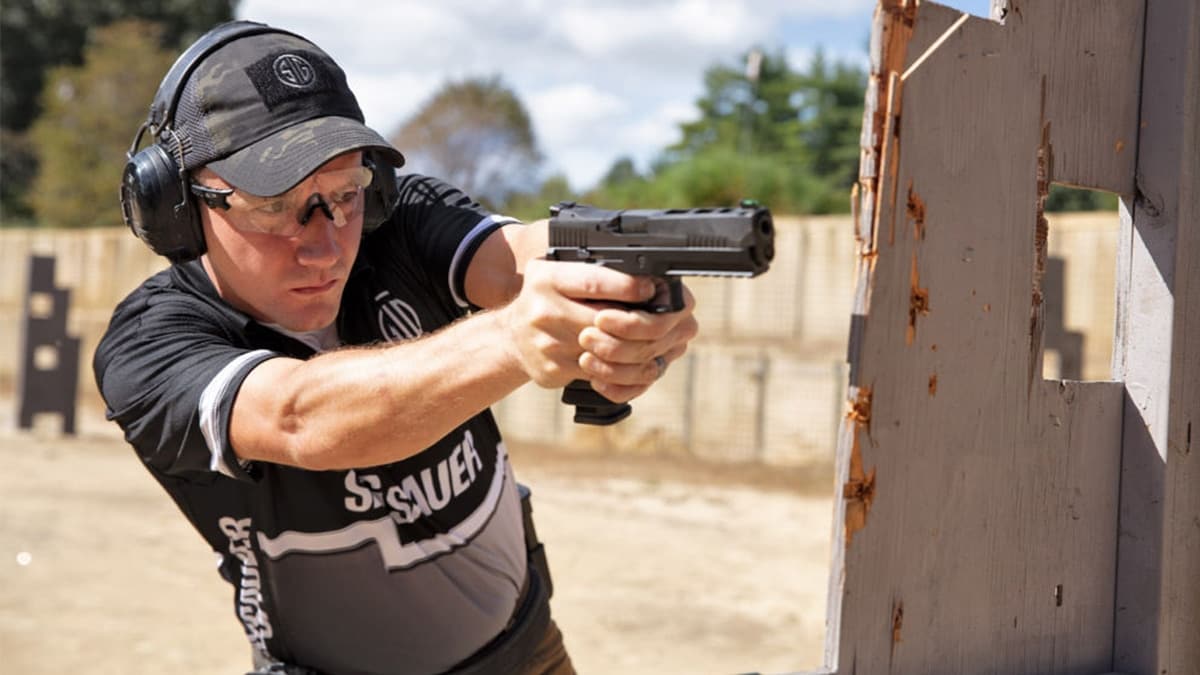 The 2018 Sig Sauer Fort Benning Multi-Gun Challenge was held Nov. 15-18 at Krilling Range at Fort Benning. The match required shooters to use at least three firearms — pistol, rifle and shotgun — at targets staged from 2 to 250 yards. Horner ran through 12 stages against over 240 competitors, popping off an impressive total of 547 rounds in 9 minutes.

“It was very exciting to compete for the first time as a member of Team Sig, and to compete alongside my teammate Lena Miculek was a huge help in stage planning and gear preparation,” Horner said in a press release. “In rifle competition the combination of all my SIG equipment really gave me a massive advantage over the competition on any long range or low percentage targets. In pistol competition the handling and accuracy of my P320 XFIVE provided me the edge I needed to win the pistol stage against everyone in the competition including the open pistols that were allowed red dot sights and compensators.”

Horner’s addition to Team Sig was announced in October. Horner, a U.S. Army veteran, previously competed with the U.S. Army Marksmanship Unit where he quickly became one of the most decorated shooters in team history. Horner also served as coach of the USAMU Action Shooting Team.

“We are thrilled to bring Daniel to Team SIG to join forces with Max (Michel) and Lena (Miculek) as they compete for Sig Sauer. His record as a 3-gun shooter is truly remarkable and is a direct result of his hard work and dedication to the sport,” Tom Taylor, Chief Marketing Officer and Executive Vice President of Commercial Sales at Sig Sauer, said in a press release. “Daniel is also a man of exceptional character and will be an outstanding ambassador for the Sig Sauer brand and role model for the next generation of professional shooters.”