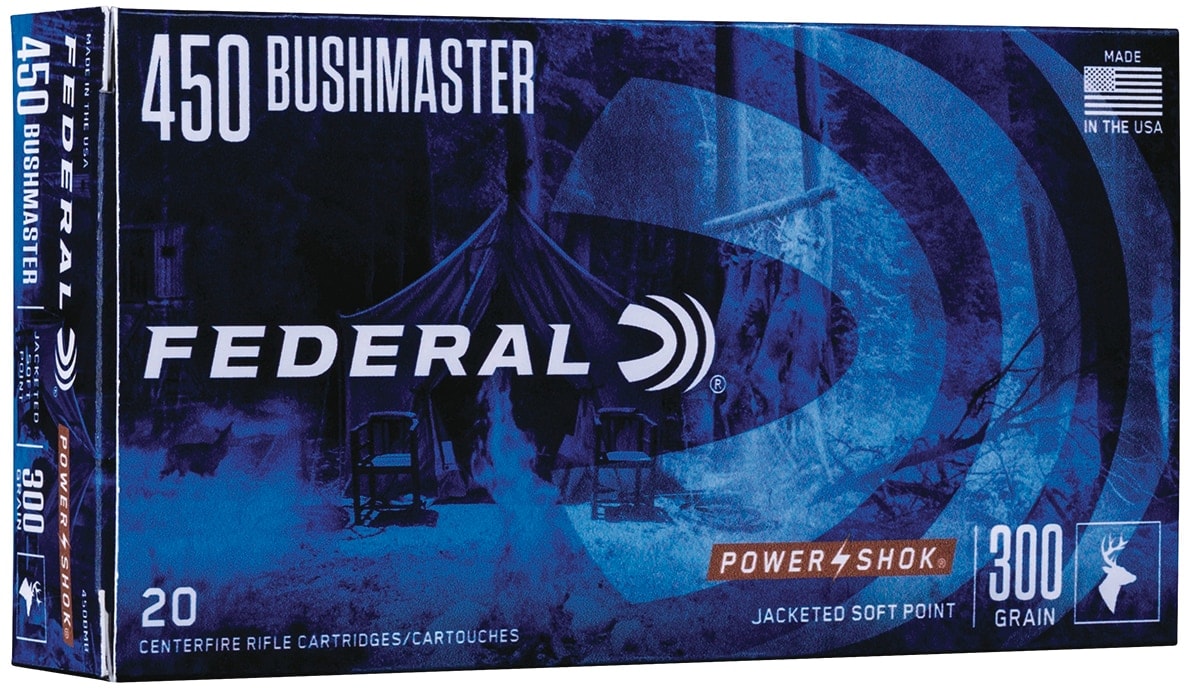 Fusion bonded ammo provides “best-in-class expansion” while Non-Typical is created especially for deer hunters. Rounding out the series is the Power-Shok variant which tackles medium game. Legal in “slug-only” areas, the Federal .450 Bushmaster products deliver distance as well as accuracy and power — more-so than straight walled rifle cartridges and sabots, according to Federal Premium.

“The .450 Bushmaster is becoming a new favorite of deer, hog and bear hunters,” Federal Premium said in a news release. “Now the hot cartridge is available in three of the best loads for hunters—Federal Fusion (bonded), Power-Shok and Non-Typical. All get the most from the round thanks to consistent, accurate bullet designs that expand reliably.”

The Power-Shok model is shipping to dealers and distributors now while the Fusion and Non-Typical versions will arrive on the market at an unspecified time int he future. All three will ship 20-rounds to a box with prices under $40.