One of the highlights at this fall’s Big Sandy Shoot was a vintage WW2 ball turret with twin .50 cals that spectators could shoot.

Although it’s not uncommon to see unique and rare guns and military vehicles at the event, the fully functioning ball turret garnered a lot of attention.

Taigh Ramey, president of Vintage Aircraft, towed the Sperry A2 ball turret all the way from Stockton, California to the shoot, which takes place every April and October just outside of the town of Wikieup, Arizona.

Sperry A2 ball turrets were commonly mounted underneath either a Boeing B-17 Flying Fortress or the Consolidated B-24 Liberator. They were used to defend the bomber against aircraft attacking from below. 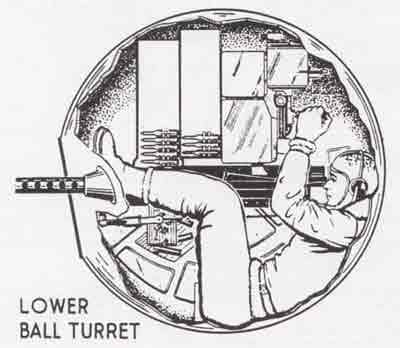 A diagram depicting how a gunner sits inside a Sperry A2 ball turret.

Ramey found the turret in a surplus shop many years ago. It took him 15 years to convince the owner to sell it, and he’s sure glad he did. Ramey fixes up and maintains vintage aircraft for the Stockton Field Aviation Museum. The ball turret has proven to be very popular with visitors.

The turret was new ‘old stock’ from the 1940’s, so it never saw service. Despite having sat on a storage skid for half a century, Ramey says he brought it back to his shop, put hydraulic fluid, fired it up, and the turret ran like a charm.

Rumored to have inspired the inside of the cockpit of the Millennium Falcon from the Star Wars films, the Sperry turret was operated by the gunner inside using two hand controls that operated two Vickers hydraulic units. It could rotate 360 degrees and tilt up up and down. Atop two control handles were fire buttons that engaged two .50 caliber light-barrel Browning AN/M2 machine guns. The guns fired 850 rounds per minute, and each gun was fed by a 500 round box of ammunition. The guns could not be reloaded in flight, so gunners had to be careful.

Contrary to popular myth, ball turrets were not always manned by tiny people. People up to six foot could fit inside comfortably. Gunners sat in a fetal-type position, and aimed the guns using a Reflector sight in front of a small circular window between their legs.

Statistically, the ball turret was one of the safest crew positions during WWII as ball turret gunners had the lowest loss rate.

Ramey was at the Big Sandy Shoot not only to live fire the turret, something he’d never done before, but also to promote Bomber Camp. It is a two-day event held on May 29 and 30 of every year at the Stockton Metropolitan Airport in California. Participants get a chance to step back in time to train for a bombing mission, and then to fly it for real.

Participants learn how to use original bomber sights and compensate for height, distance and wind. Gunnery classes familiarize them with the ball turret and other aircrafts mounted guns, all of which can be fired in flight using airsoft propane ‘blanks’.

The grande finale is a flying mission in which dummy cement bombs are dropped from high altitudes on targets from a B-24 or B17 aircraft. Bomber Camp offers a once in a lifetime experience to gain a greater appreciation for the men and women of the “greatest generation”. Enrollment is tax deductible. 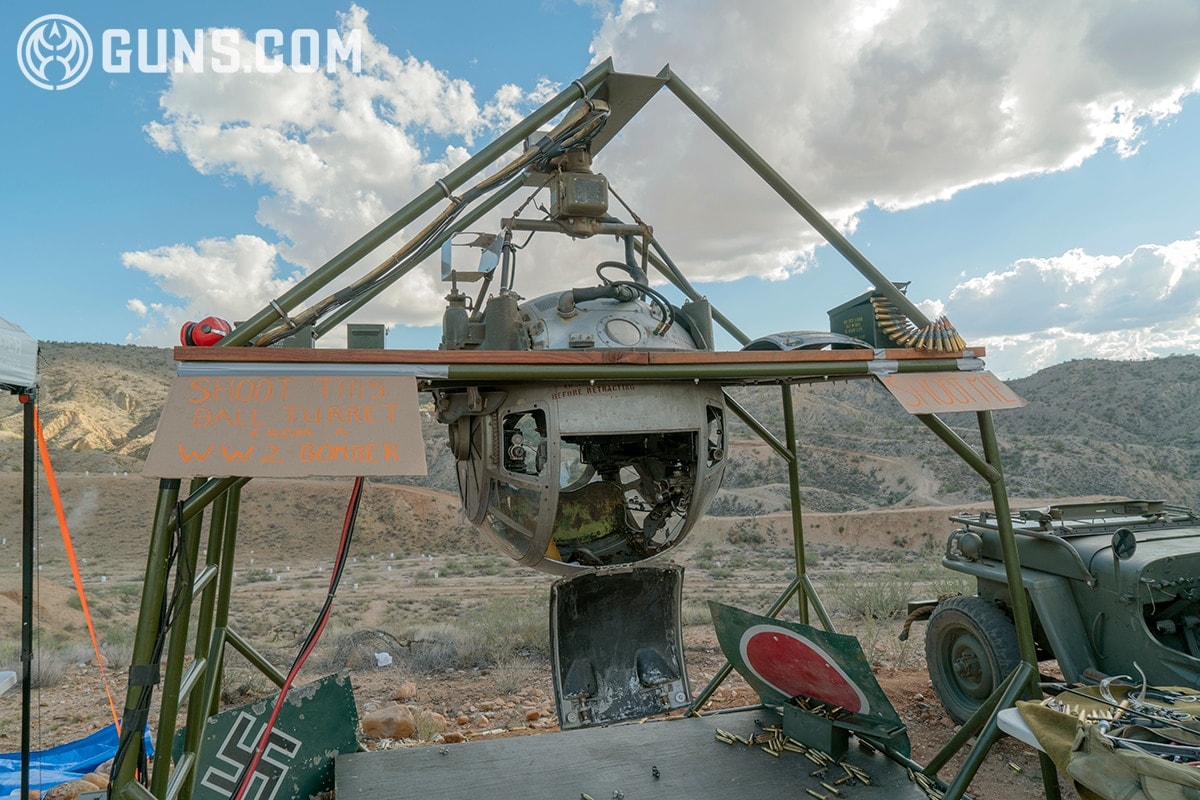