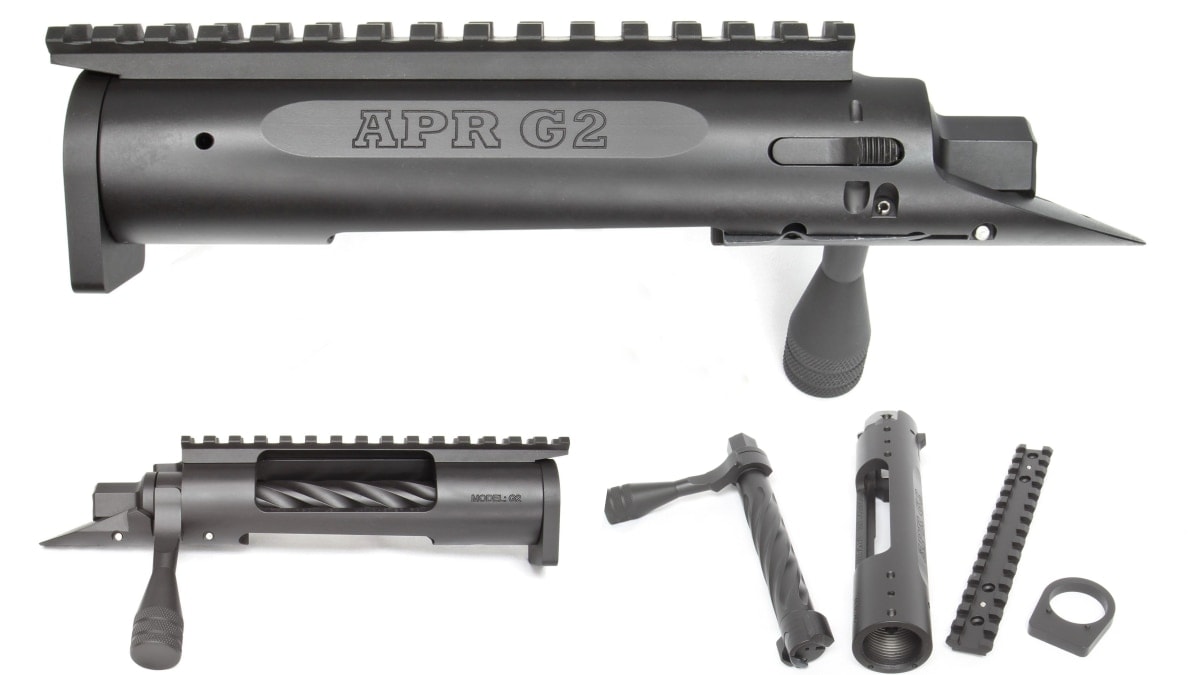 Building on their standard APR actions, which include a spiral fluted one-piece bolt with an oversized knob and the ability to accept any 700-compatible trigger system, the APR G2 is billed at adding extra features commonly just seen on high-end custom rifles.

“The original APR action came about as an attempt to create a higher quality, yet cost-effective alternative to a trued factory action. It was really intended to fill a specific niche in our hunting build lineup, which it does very well,” said APR’s owner, Robert Waggoner, in a statement. “However, we immediately began getting requests for a version geared more towards the long range/tactical and DIY market.”

Waggoner said they worked to combine a list of features and changes to make the new action “excel in this role and worked closely with Thompson Leh to get them implemented.”

The new Gen 2 action comes standard with 1 1/16x 20TPI threads, now accepts Savage style pre-fit barrels, has a smaller ejection port, and a pinned 20 MOA rail. The bolt incorporates a .062 firing pin, making SRP brass an option, while the action itself has a corrosion-resistant DLC coating.

MSRP is set at $825 and the APR Gen 2 is available in both standard and magnum short and long action variants.