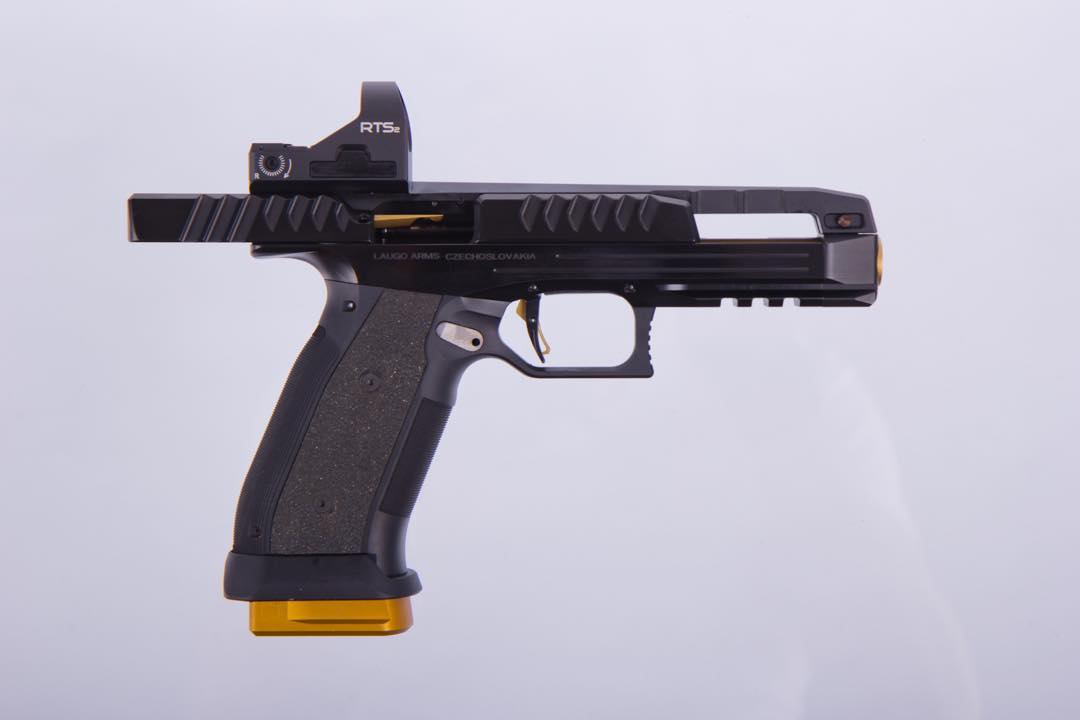 The guns will ship with a C-More Systems RTS2 red dot but also include irons as well as a host of other accessories. (Photos: Laugo Arms)

Czech gun company Laugo Arms plans to release a limited run of their flagship Alien pistol in 2019 and is planning on U.S. availability.

The innovative-looking handgun, which shares a somewhat intentional likeness to the Xenomorph extraterrestrial in Ridley Scott’s Alien series, has been popping up on social media for the past few months and last week the Prague-based company made it Facebook official: The first run of 500 production guns will be debuted next March at the 2019 IWA Outdoor Classics trade show in Nuremberg, Germany. 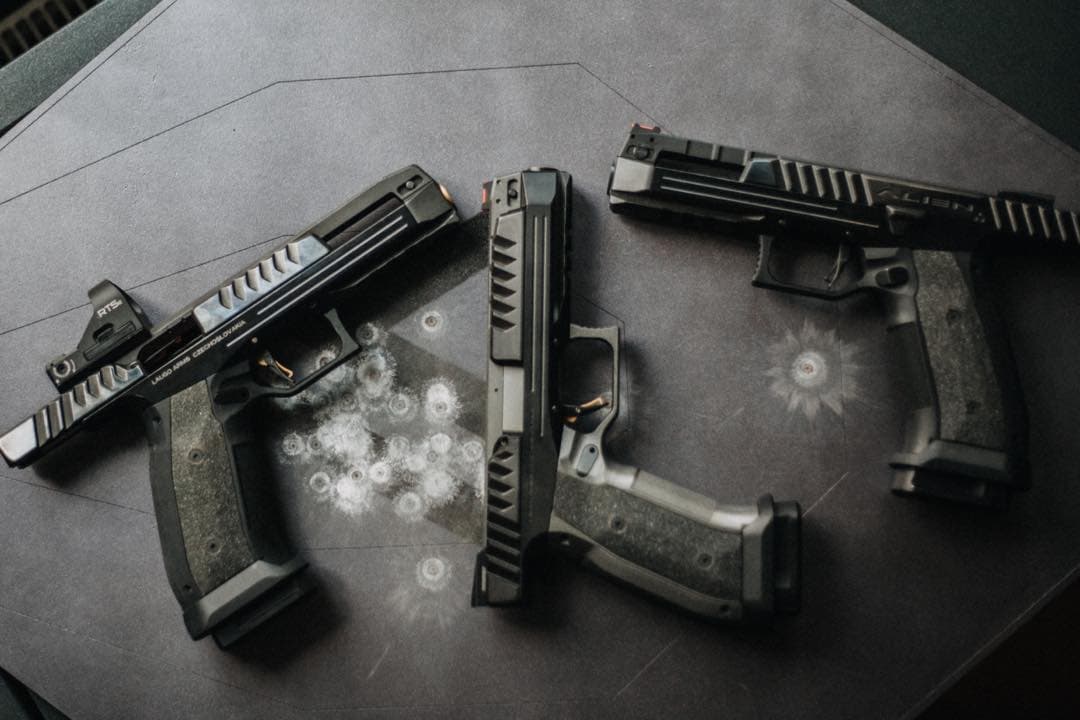 Pitched as an ideal tactical/practical competition gun, the 9mm has an extremely low bore axis and is billed as having low no recoil with an almost total lack of muzzle flip due to its design.

With a $5,000 MSRP, the pistols will be sold with a full set of accessories to include an extra magazine, a C-More Systems RTS2 water resistant red dot, range bag, cleaning kit, and an Elornis Industries Heart6 holster. Laguo plans to release more information on international distributors later this month and hopes to have the gun in the U.S. around July 2019.

Czech out an inspection of the gun below, posted recently by Armurerie Tourny, a European competition gun channel. Sure it is in French, but the gun really doesn’t need that much translation, especially when they start to run S&B 124-grain on steel.