Silencing the dinner bell: Hunting with suppressors may have unexpected safety benefits 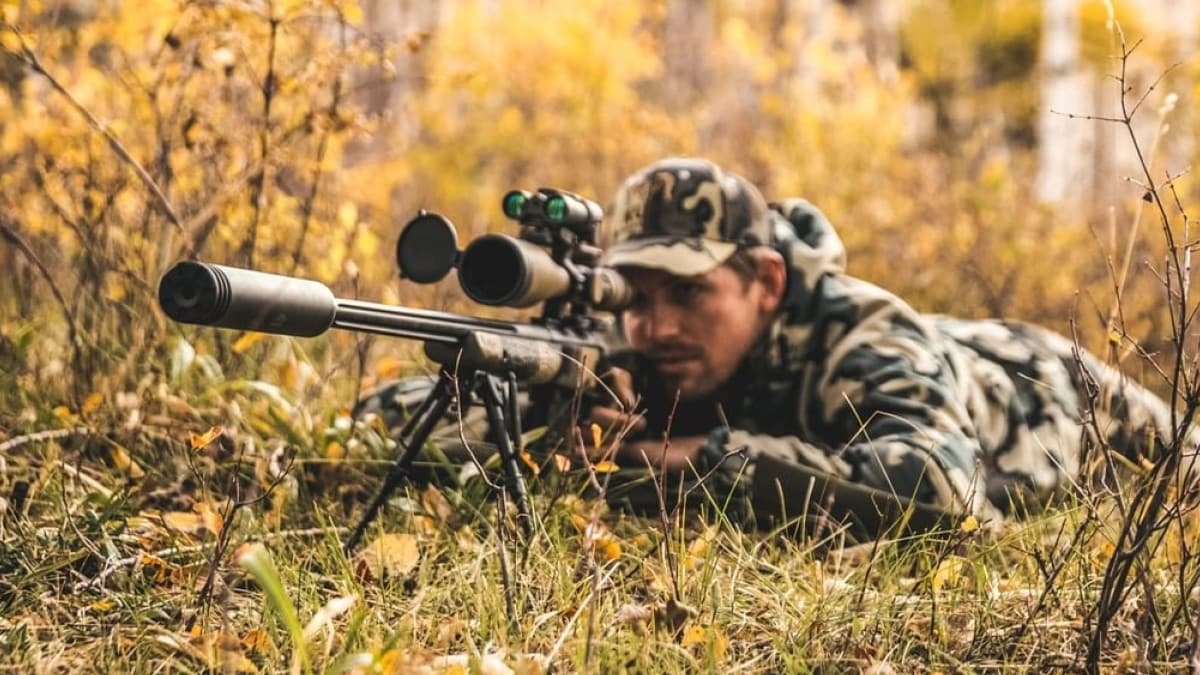 Some 1.5 million suppressors are in circulation and are legal for hunting in all but 10 states. (Photo: SilencerCo)

With suppressors now legal for hunting in 40 states, sportsmen could reap additional safety benefits past protecting their hearing– they could also keep from ringing the dinner bell.

James A. Swan, the author of In Defense of Hunting and The Sacred Art of Hunting, recently conducted a series of interviews with outdoorsmen for the NRA’s Hunters Leadership Forum and found that, in many cases, predators such as bear and wolves come running in the aftermath of hearing gunshots in the field. Driven by the apparent search of a free lunch in the form of an injured or fallen animal, the theory goes that in some areas, predators are drawn to a hunter’s location by the sound of gunfire.

“The bottom line: If you are hunting amongst predators and shoot a game animal, be aware that one may approach,” said Swan, citing multiple reports about Kodiak Island grizzlies following up on deer hunts, alligators swimming to gunshots from duck hunters, and even lion responding to gunfire in the African veldt. As a means of mitigation to keep hunters safe in the field, Swan pointed out the importance of hunting with a partner and being vigilant to possible incoming predators.

Knox Williams, with the American Suppressor Association, told Guns.com he has heard of such incidents in the past.

“We’ve met with legislators in Alaska who told us that they won’t hunt without a suppressor because they don’t want to alert all the grizzlies within a few mile radius,” Knox said. “We all know that gunshots are loud, but one thing most of us don’t consider is that predators can learn to associate that noise with food. Even suppressed gunshots can be heard for miles, but certainly, not to the same extent as unsuppressed gunshots.”

In recent years, Louisiana, New Hampshire, Michigan, and Florida have joined the list of states that allow hunters to head to the field with suppressors. Currently, some 1.5 million silencers are in circulation, a figure that has nearly doubled since 2015.

Williams also explained that in addition to possibly curbing interaction with apex predators, use of the sound moderating devices can help keep sportsmen safe in other ways. For example, since many hunters do not wear hearing protection in the field because they want to hear their surroundings, use of a suppressor can help both maintain situational awareness and prevent permanent hearing damage.

“The result is a safer hunting experience for the hunter, and for those nearby,” he said.