Soldiers of the New York-based 10th Mountain Division stood tall in swirling snow and ice for the traditional 21-gun salute fired in honor of a passing President earlier this month. 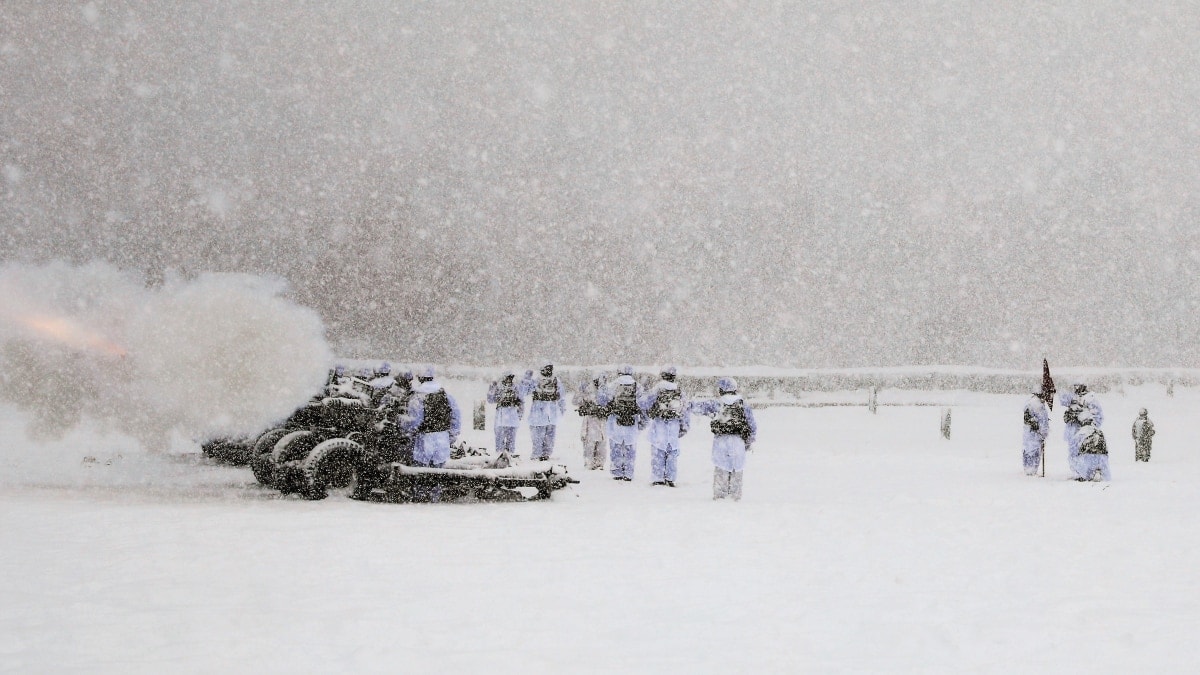 The salute in honor of former President George H. W. Bush for his lifetime of service to the nation was rendered one shot fired every minute until all 21 had been fired. (Photo: U.S. Army)

A light infantry division, the 10th Mountain traces its lineage to the 87th Mountain Regiment in World War II, which trained specifically for combat in mountainous areas, fighting first in Alaska and later in the Apennine Mountains of Italy during the conflict.

Today, as noted by Capt. Ed Robles, public affairs officer, the division is ready to “destroy the enemy in arctic conditions.”

According to the National Weather Service, Watertown registered a low of -6° on Dec. 7.