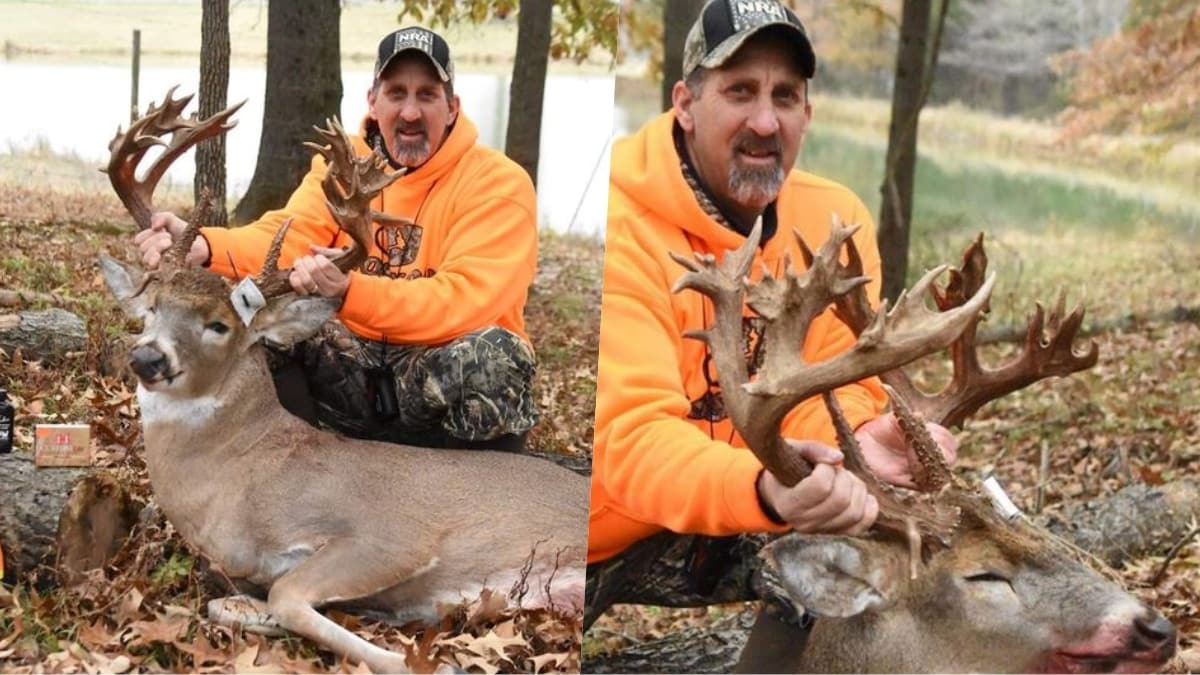 Keith Szableswki’s whitetail could have as many as 51 scoreable points (Photos: IDNR)

A sportsman in the Land of Lincoln harvested an amazing buck that could have enough scorable points to hit the world record books for whitetail. Keith Szableswki of Johnston City bagged the impressive buck during the first weekend of the Illinois shotgun season on private property.

“I was just sitting there and I heard the deer behind me,” the Williamson County hunter told local media. After he took the animal, he said he walked up to the buck, which could have as many as 51 points and tips the scales at 265-pounds, and thought, “What a blessing.”

On advice from state conservation officials who checked the deer and said they had never seen anything like it, Szableswki said he is getting the animal scored once the rack dries. According to Farm Week Now, the points will be assessed by a panel of judges this summer at the Deer and Turkey Classic trade show in Peoria and could put him within striking distance of a record on whitetail currently held by a Tennessee muzzleloader who harvested a 47-point buck in 2016.

That animal, taken by Stephen Tucker, scored as a 312 3/8 inch non-typical and was certified by Boone & Crockett as not only a state record breaker but also topped the world record set in 2003. Field & Stream termed the Tucker buck as possibly “the deer story of the decade.”

In the time being, Szableswki has donated most of the meat collected from the animal to people in need through a processing center. “I felt like I needed to. I felt like the Lord was telling me to do that,” he said.

According to the Illinois Department of Natural Resources, hunters in the state bagged 80,896 deer during the seven-day Illinois Firearm Deer Season that concluded on Dec. 2. Those preliminary figures are a bump from the total of 80,117 deer harvested during last year’s season.