The U.S. Navy’s fleet of modern destroyers is ready to serve up a piping hot cup of democracy in small packages if needed.

With over 66 Arleigh Burke-class destroyers currently in the fleet (and at least another dozen planned or under construction), these ships are the go-to asset for the Navy when it comes to surface warfare. While their primary armament is a wide-range of 90+ assorted multi-million dollar missiles, these ships also carry some more traditional weapons — guns.

For use against things such as a Johnny Jihad-type in a rowboat, floating mines bobbing along the surface, and other assorted sketchy things not worth burning a missile on, each of these modern warships carry a number of pintle weapons mounts for M2 and M240 machine guns. The M2, a classic .50-cal BMG design dating to the last days of WWI, has been a staple of naval vessels for generations. The 7.62x51mm M240 replaced the Vietnam-era M60 in the past couple of decades.

Also in each ship’s armory are an array of small arms such as M14 and M16 rifles, M4 carbines, shotguns, M9 Berettas (being replaced by M17 Sigs) and non-lethal laser dazzlers for use by the ship’s security reaction force and VBSS boarding teams. 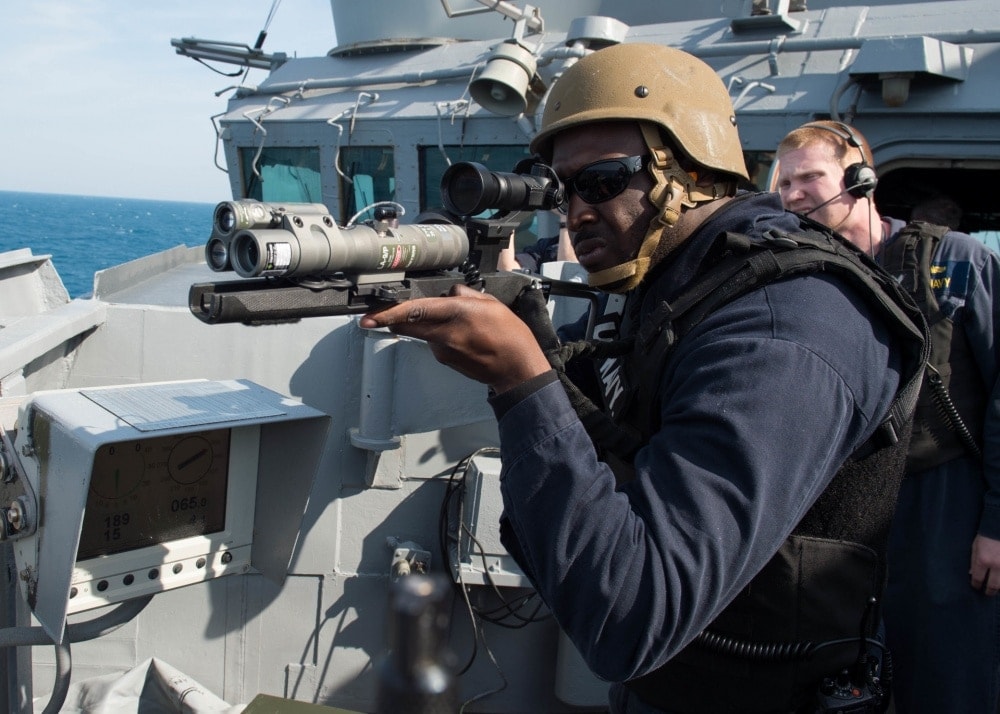 U.S. Navy sailors train with an LA9-P laser dazzler from the bridge wing of the Arleigh Burke-class guided-missile destroyer USS Mitscher (DDG 57) during a live-fire exercise in 2017.  (Photo: U.S. Navy)

There are also in many cases MWR (Morale, Welfare, Recreation) guns, used for shooting sports, aboard. 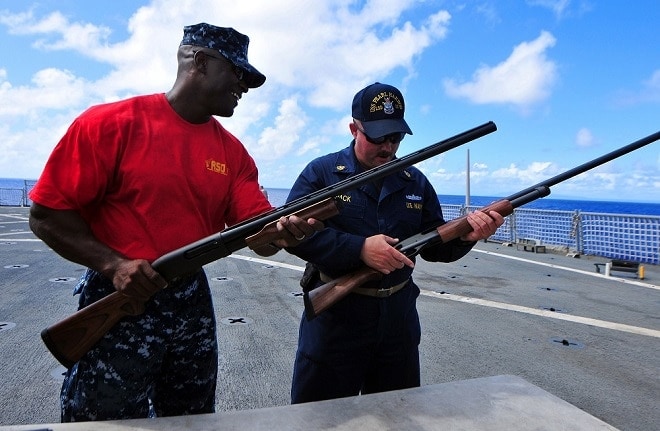 Oh yeah, and don’t forget the 20mm CIWS (pronounced Sea-Whiz) carried by older Burke-class vessels. These are not the droids you are looking for:

And, of course, the 5-inch gun carried as a hood ornament for those special moments when you want to zap something 15 miles away with a shell that weighs 70-pounds.