Armed in Style spruces up 2A themed apparel with charm, class 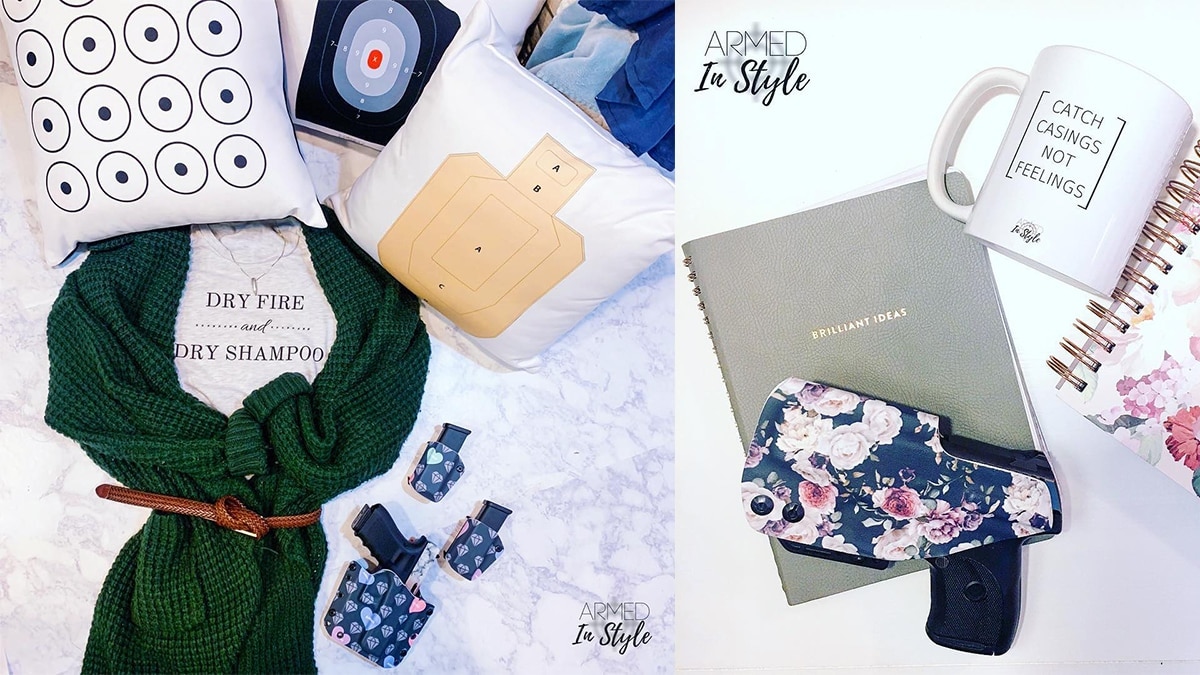 The brand delivers a multitude of products to include shirts, holsters, dry fire pillows and even mugs. (Photos: Armed in Style via Instagram)

Melding fashion with firearms is what Armed in Style does best. A mix of 2A themed gear and accessories, the relatively new brand is making a splash specifically in the female fashionista firearms world.

At the helm of Armed in Style is owner Heather Roberts. With an infectious positivity that oozes from the company’s social media posts, Roberts’ cool girl vibe is ever-present in the products she brings to the brand. Melding sophisticated style with the Second Amendment, Roberts’ first came to the apparel market as a consumer looking for gun shirts that meshed with her own aesthetic. After searching high and low with no viable options, she decided to take on the gun apparel industry herself giving women like her an outlet to express their 2A love.

“I first started Armed In Style because I was originally shopping for some stylish gun shirts that would meet my style standards and my search was proving too difficult and producing too few options for me,” Roberts told Guns.com in an email. “The more I thought about it, the more I realized that the firearm enthusiast market, especially for women, seemed like it was ready for more subtle and stylish options. I wanted to be a part of encouraging women to support the 2nd amendment and self defense.”

The process was a quick one for the company, with Roberts pulling the first design together in three months. Now, a year and a half later, Armed in Style boasts a bevy of products from holsters to t-shirts to even dry fire pillows dedicated to allowing gun owners to complete dry fire practice at home.

Besides just offering a range of products, Roberts has also infused her own unique style into the brand. Armed in Style completely circumvents the “pink it and shrink it” archetype, offering flirty and feminine firearms products that don’t demean or belittle gun owners. This decision was a conscious one, Roberts said. The aim of Armed in Style is not to focus on the frilly but instead deliver options that women can easily assimilate into their own lives and wardrobes. At the end of the day, Roberts says, the goal isn’t to throw 2A in your face, but rather serve as a conversation piece.

“I felt like by adding style and finesse in stylish shirts, holsters, phone cases, mugs and dry fire pillows then it may be a good way for my customers to start a conversation with others about the right to keep and bear arms,” Roberts commented. “I like to take an educational approach to the 2nd Amendment. With the more subtle designs or clever sayings, it may open up for a conversation such as, ‘Hey, what does always ready to slice the pie mean,’ boom, conversation started.” 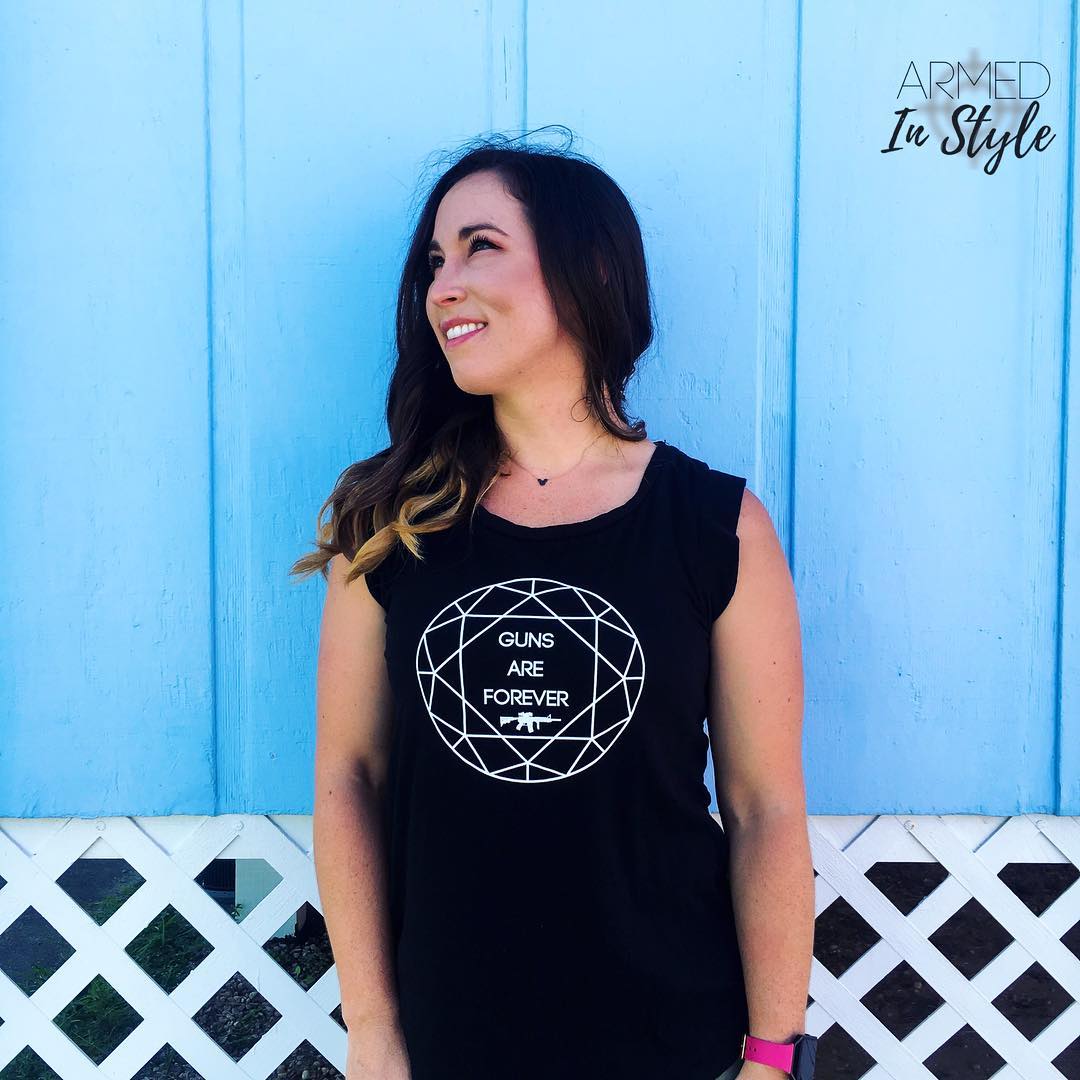 With quirky designs, owner Heather Roberts hopes her apparel serves as a conversation piece. (Photo: Armed in Style via Instagram)

While Armed in Style is somewhat new, its success has largely landed on the back of Roberts and her use of social media as a marketing tool. Blasting her products on Instagram and Facebook, the brand has built a dedicated following of supporters.

“Social media has been huge, gigantic, massive in getting Armed In Style up and running and sustained! I solely market on social media and it has opened up so many opportunities for growth and new leads and inspiration,” Roberts said. “ When my customers post on social media and they tag me, I literally do a little happy dance and get so excited about it…every time!”

Roberts said 2019 is poised to be a big year for the company, with gun stores now lining up to carry the products in store. Additionally, the company will be launching more stylish options for consumers.

“In 2019 you can expect some excitement,” she said. “I have some gun shops that are going to start carrying Armed In Style. I also already have plans to launch an item of the month plus some exciting surprises with that. We are hoping to keep our customers excited and bring more and more style to our community.”

Roberts also leaked the dry fire pillow line with be getting more additions, noting that a farmhouse style pillow is on the docket for 2019.

At its core, Roberts said that Armed in Style is a simple concept that she thinks gun owners can really get behind. “We are a Christian brand, here to bring style and support to the 2nd Amendment while maintaining strong Christian values and morals.”