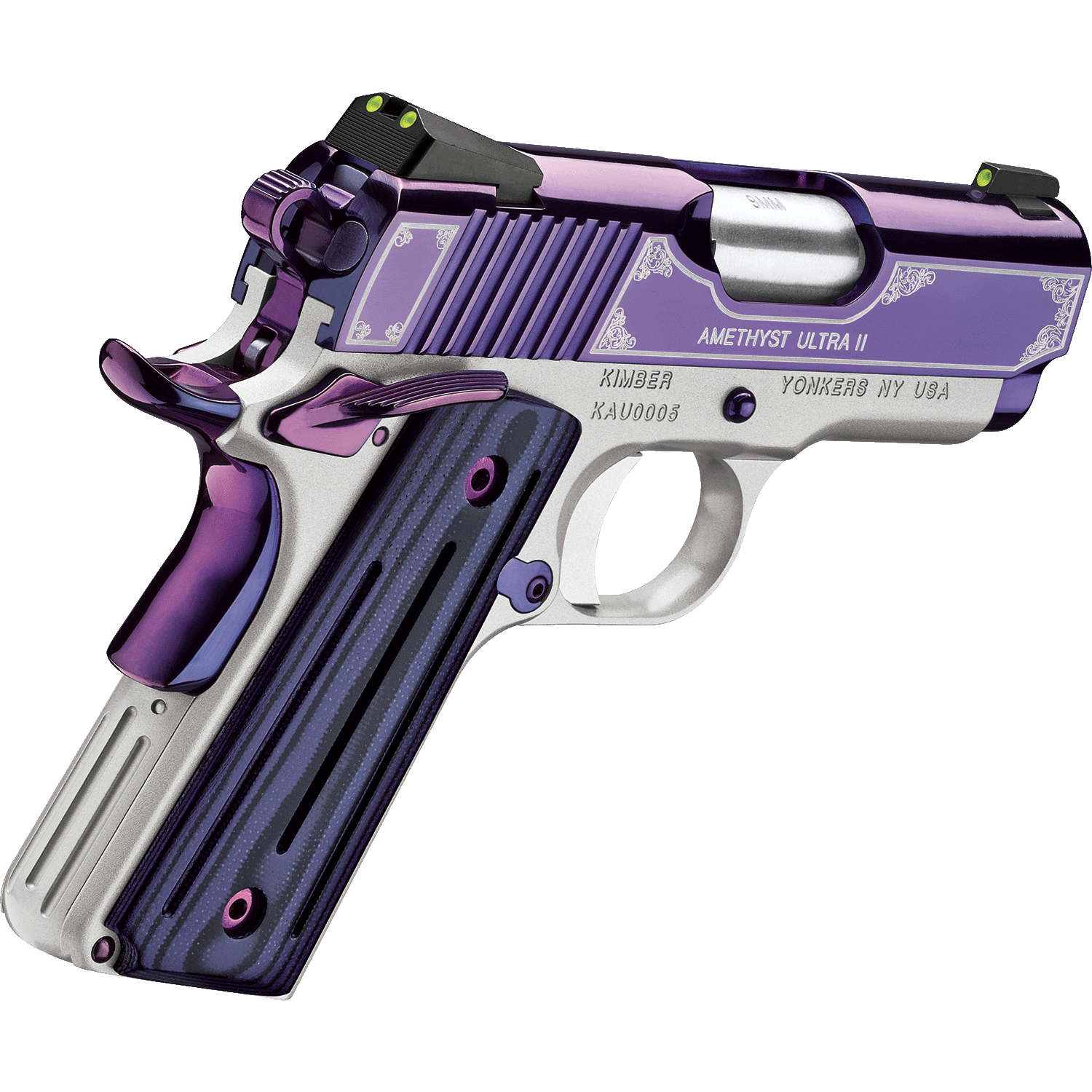 Carry gun meets style in the Kimber Amethyst Ultra II. The purple PVD coating and cut scroll engraving are all class. The 9mm wears Tritium night sights, a match trigger and barrel, and purple G10 grips. If the Barney-tones of the Amethyst are not for you, the company also put out a more muted Rose Gold and a Sapphire blue edition as well. 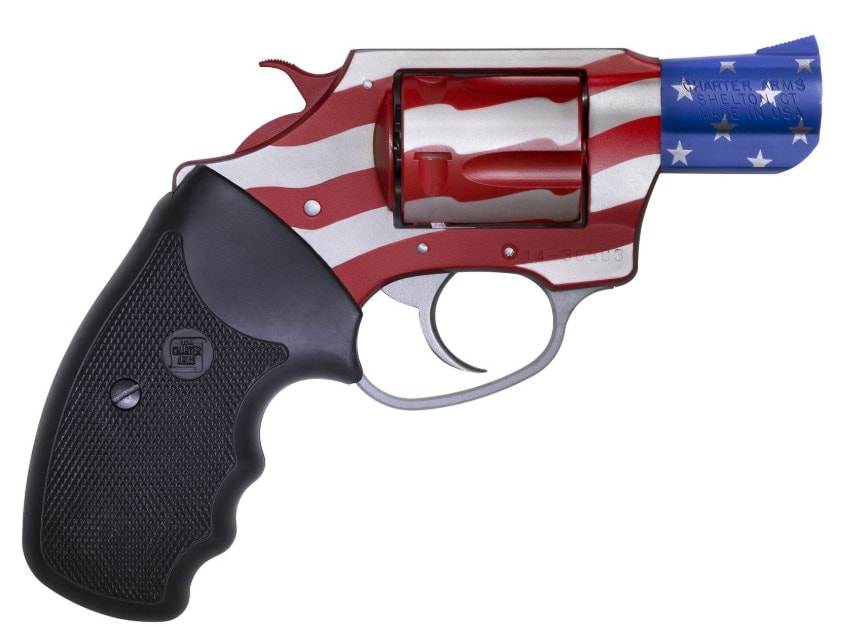 If you’re a little more patriotic than you are diamonds-and-gold, the Charter Arms Old Glory just might trip your trigger. The red, white, and blue five-shooter is a Cerakoted version of the company’s Undercover model .38 Special. 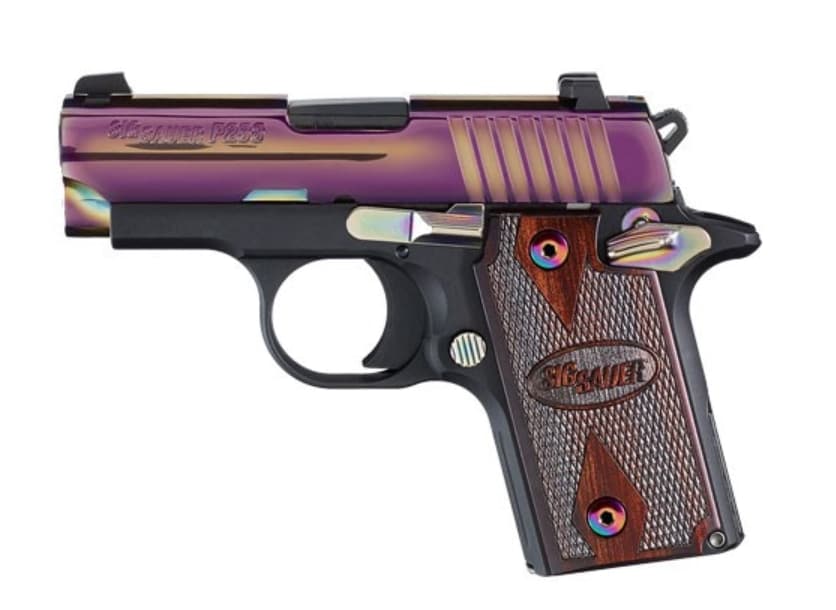 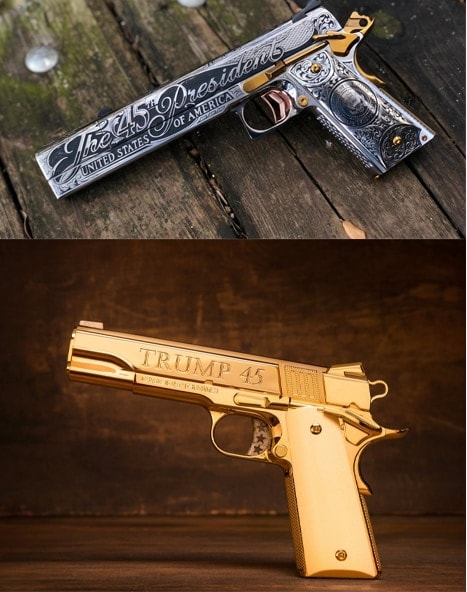 President Trump brings out the bling in gunmakers. Cabot produced a series of 1911-style Trump 45 pistols in 24 Karat gold with meteorite components. Selling prices ranged from $15,00 to north of $50,000.  If gold is too much, check out biker-man-turned-firearms-builder Jesse James’ .45 ACP built for “45” himself. It’s relief engraved and finished with touches of 24 Karat gold. While the price is unknown, the cool factor is certainly high. 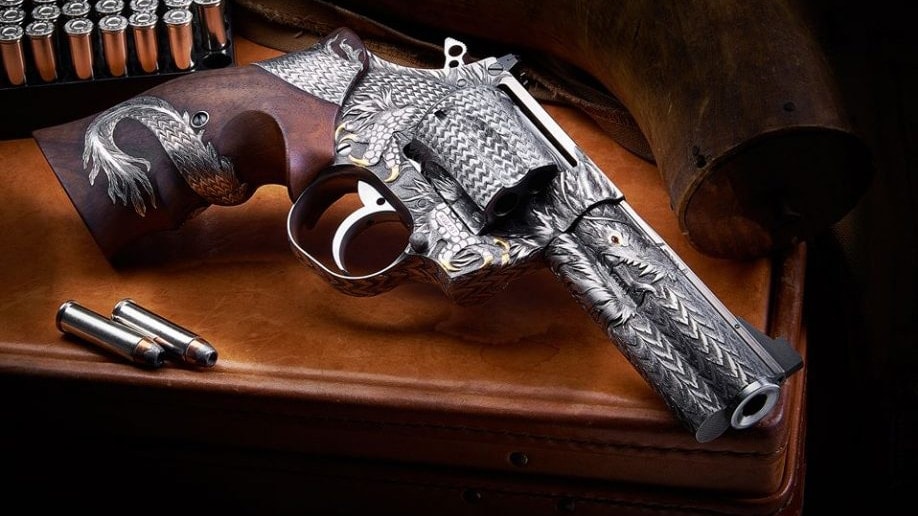 This one-of-one custom revolver is a killer partnership between Nighthawk Custom and Korth. Called “The Dragon,” this .357 Magnum features uncommonly deep hand-engraving. While a dragon wraps around the entire gun, the details are real silver and gold, with rubies inlaid for the eyes. That’s a hard one to top, and for $40,000, this stunning wheelgun can be yours.

One of the most beautiful production rifles we’ve ever seen has to be the Savage Model 1899 Monarch Grade lever action. While one of the top specimens has a permanent home at the Cody Firearms Museum inside the Buffalo Bill Center of the West, the other recently sold at Rock Island Auction for — now brace yourself — $540,500, before buyer’s premiums. Sorry to say the gavel just fell, so you’ve missed your chance, for now.

7. The Show Guns of Tiffany Co. 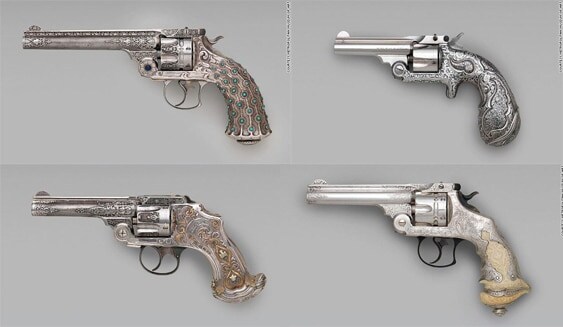 We’ll just leave this right here. Yes, the Tiffany Co of fabulous jewelry fame bling-ed out some guns in the late 19th Century, with fewer than fifty ever made. No, nobody can afford or shoot them, and most are housed in major museums like the MET. But yes, we still like to look.