A longtime love of nature and respect for animals is what pushed renown wild game chef Hank Shaw to begin hunting later in life. Growing up in Westfield, New Jersey, his link to nature was born out of fishing and picking wild berries with his mom. It was on the water where he remembered finding his first connection to the outdoors.

“When you’re a really good fisherman you’re not just a guy with a rod and reel. You read land and structure in water, knowing where fish are is what makes you a good angler… similarly my friend could read land the same way. I wanted to do that too,” Shaw told us.

Yet, he wouldn’t start hunting until adulthood. Working as a political reporter in Minnesota, Shaw’s best friend got him hooked when he brought him on his first pheasant hunt. Now, Shaw hunts anything he legally can, from squirrel to woodcock. 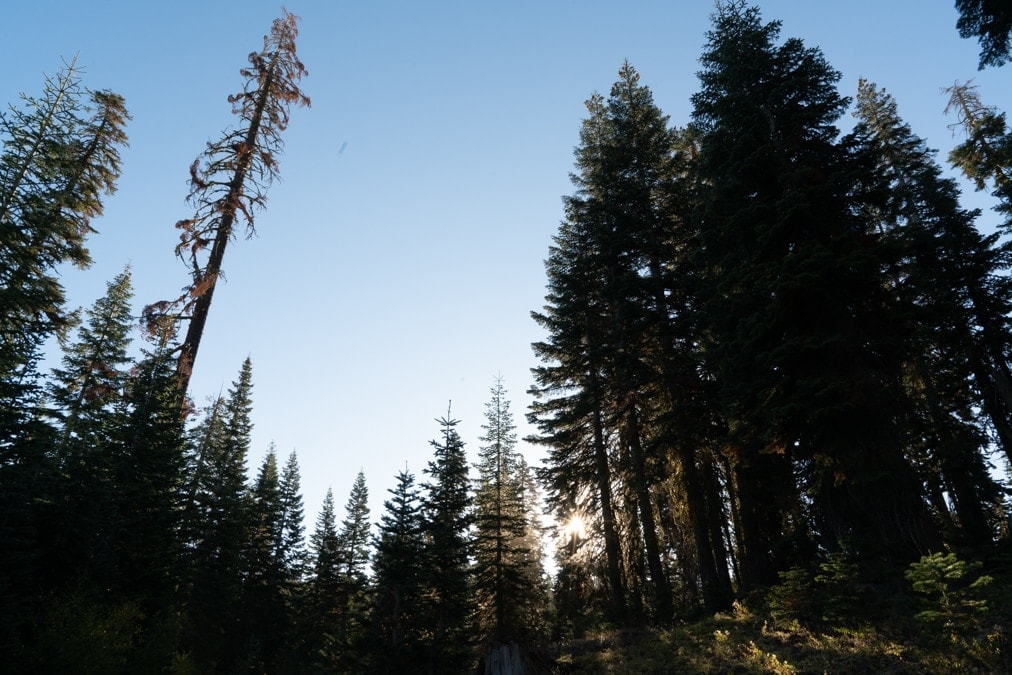 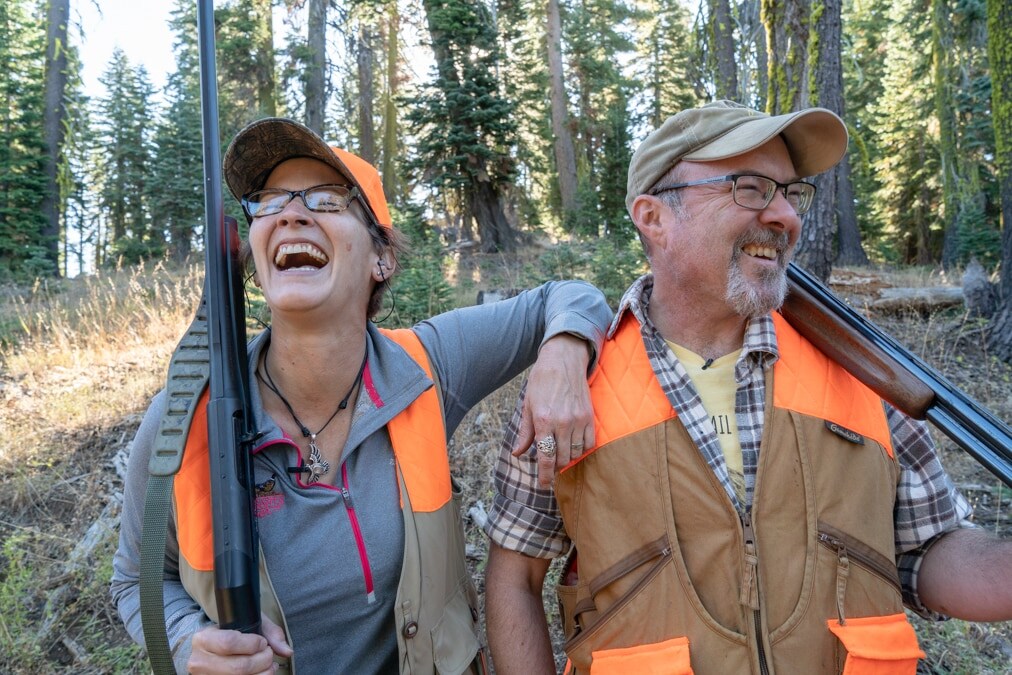 It’s undeniable that the couple who hunts together has fun together (Photo: Ben Philippi/Guns.com)

Like his love of nature Shaw developed a love of cooking early on in life working in restaurants as a line cook. While the two passions started to blossom after taking up hunting, they really bloomed when he moved to California, paradise for the hunting and gathering type.

After covering California politics for years he grew restless and began searching for something more. Feeling a draw toward his culinary past, Shaw said he started the blog Hunter, Angler, Gardner, Cook in 2007 “as an outlet for extra ideas and essays on important things, hunting among them.” Three years later, everything changed.

“I got nominated for the James Beard Award in 2009, I got nominated again in 2010 and got a book deal at the same time. Between the Beard nomination and the book deal I quit my day job,” Shaw said. After quitting his day job, he said he’s never looked back. Then, in 2013 he won the prestigious award for his work on the blog and wrote three more books. He’s now recognized as an expert on cooking wild game.

Shaw spots something to forage for, the shows GDC crew its a wild onion seed (Photo: Ben Philippi/Guns.com) 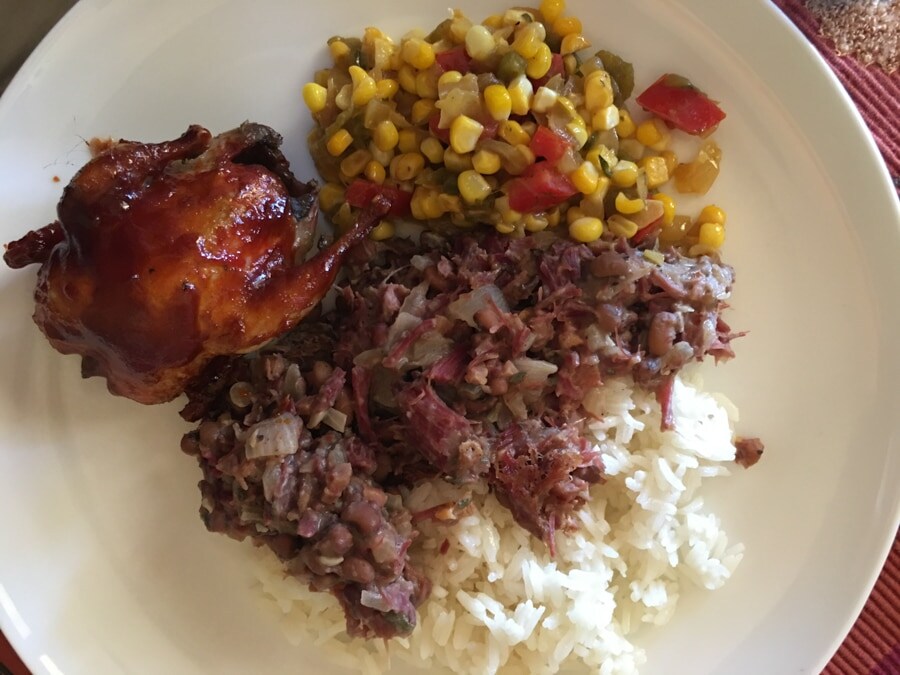 The meal Shaw made for the GDC crew consisted of wild pig and BBQ quail (Photo: Scott Gara/Guns.com)

His books run the gamut on all things wild game. His first one, Hunt, Gather, Cook, was based on the blog and is his intro into why one might want to do any of the above. Next came Duck, Duck, Goose, a book for your favorite waterfowl hunter. Buck, Buck, Moose, besides the obvious big game it also takes on Caribou, Elk, Antelope, among other pronged-horn animals. Finally, the book that brings it all together is Pheasant, Quail, Cottontail, a book on “everything else” as Shaw likes to say. That includes rabbit, squirrel, turkey, dove, pigeons, among many others.

“There’s a world of chefs who see what he does and really love it. I think the more important thing he does is he shows people that hunting is a great way to get better food than what you’re eating right now,” said Holly Heyser, Shaw’s longtime partner and photographer.

With Shaw’s success, he’s seen new trends of hunters emerge at his book signing events. “You’ll see people from very rustic people to Michelin Star Chefs to hippie vegan earth mothers to ranchers driving Duallys,” he said. “Those people will sit right next to each other, and they’ll have a good time, because they have a love of wild food.” 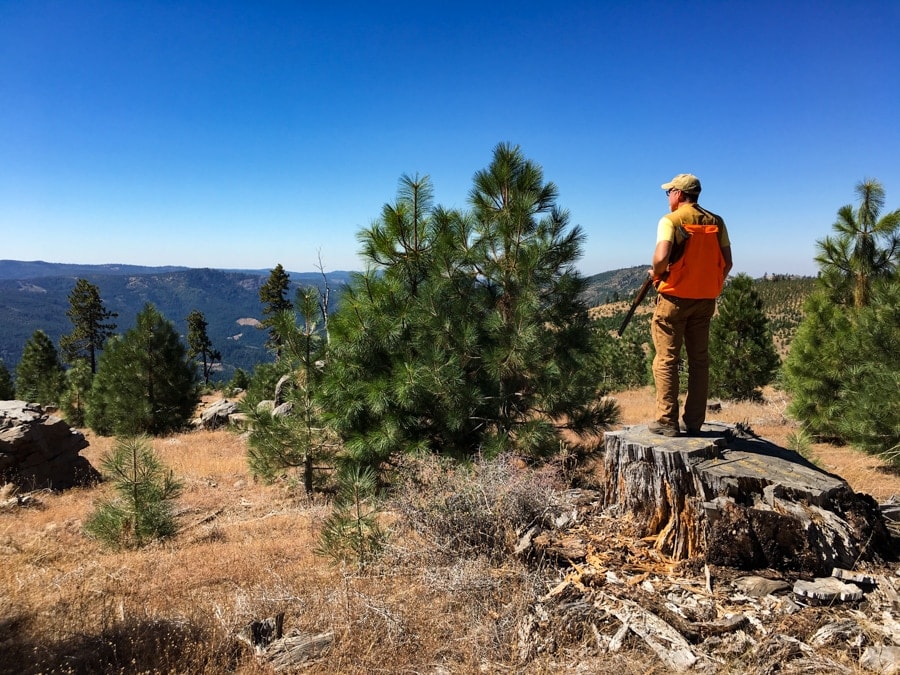 Shaw surveys the domain of public land before him looking for a squirrel (Photo: Scott Gara/Guns.com) 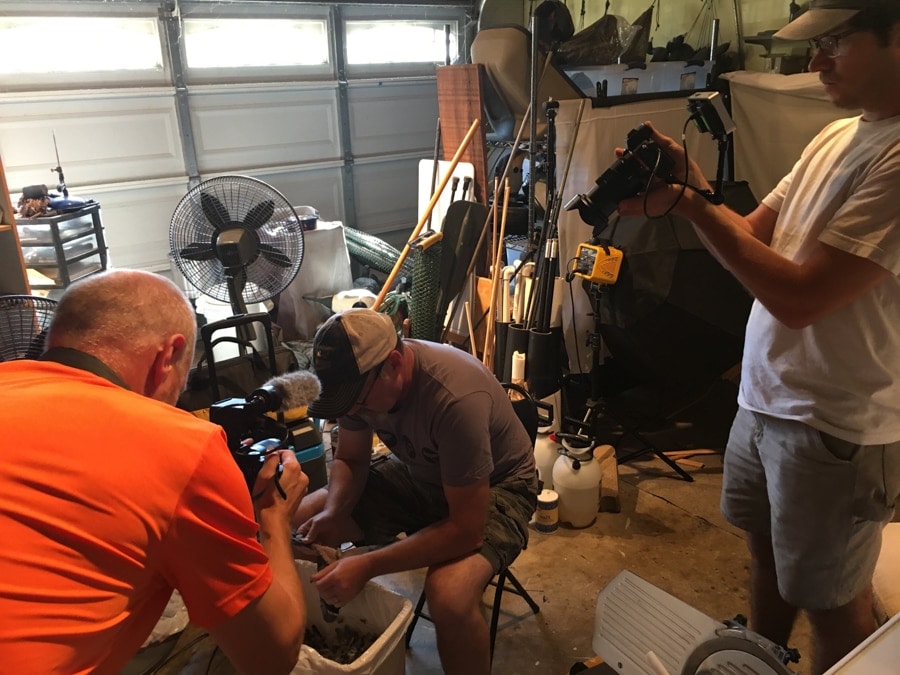 We watch the master pluck the bird (Photo: Scott Gara/Guns.com) 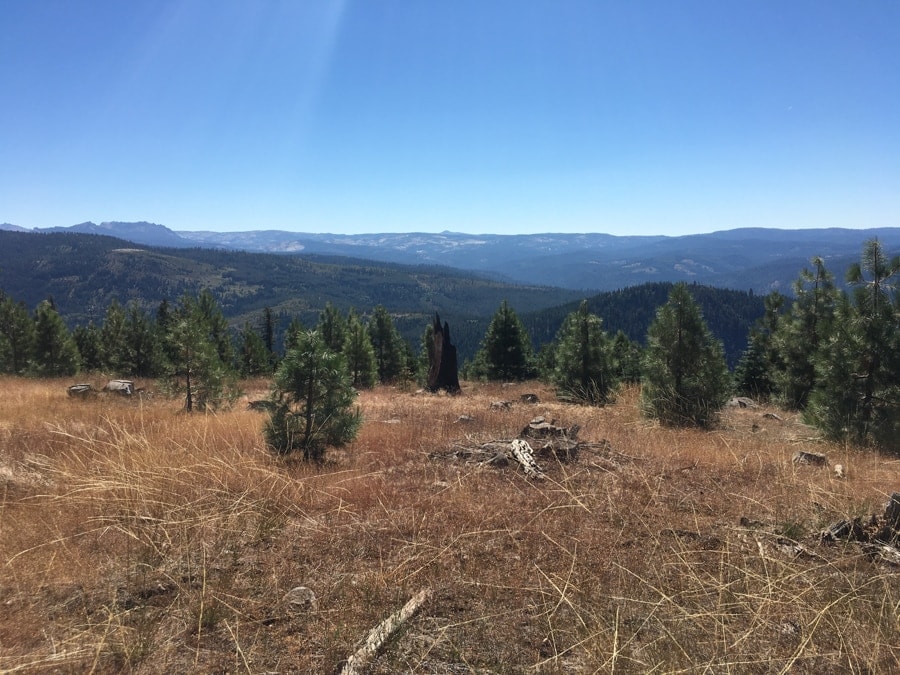 The air is undeniably different in the Sierra Nevada mountains (Photo: Scott Gara/Guns.com)