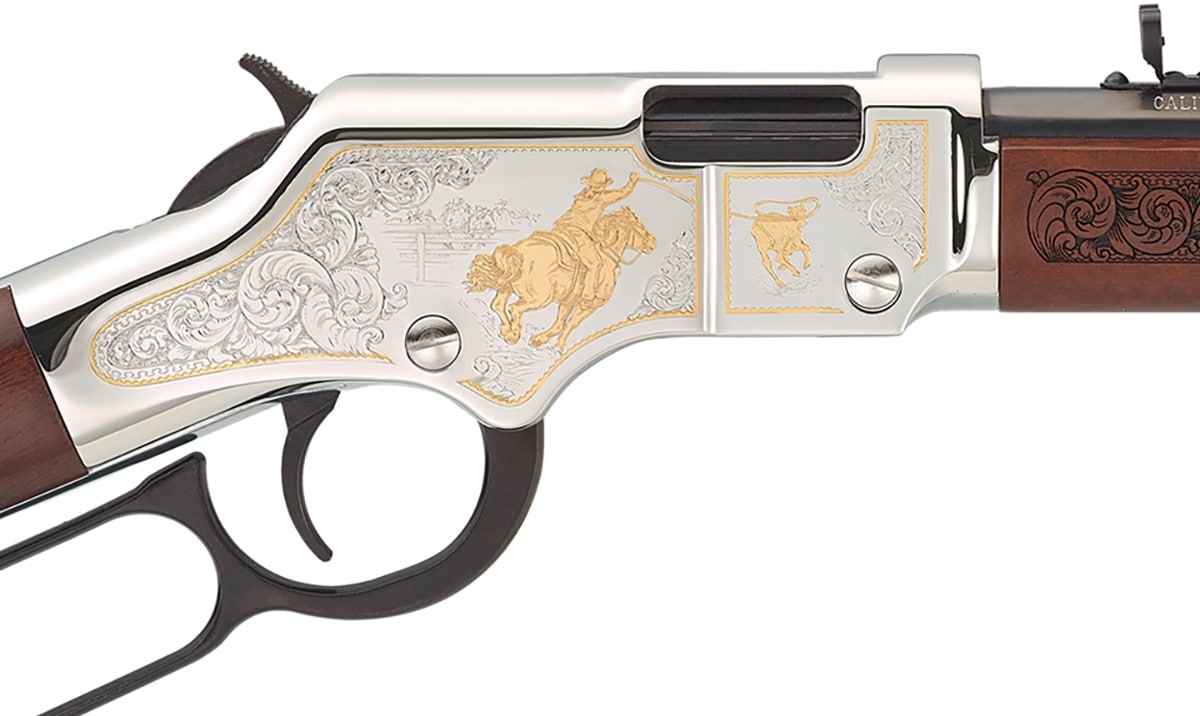 The American Rodeo Tribute Edition offers a receiver that is nickel-plated and engraved. The receiver’s right side brings an engraving of a cowboy roping a calf from horseback while the left side features “Rodeo Tribute” and a cowboy wrestling a steer to the ground. The receiver also delivers a 24-karat gold plating for further embellishments. The design is capped off with a walnut buttstock and nickel-plated buttplate with a cowboy riding a bucking bull.

The rifle coincides with the 2018 Wrangler National Finals Rodeo, Cowboy Christmas and RMEF Hunter & Outdoor Christmas Expo. “We’ve been sitting on this design for the American Rodeo Tribute Edition for a few months, but we wanted to hold off on announcing it until we could show it in person to the biggest rodeo fans in the world,” Henry Repeating Arms President and owner Anthony Imperato said in a press release. 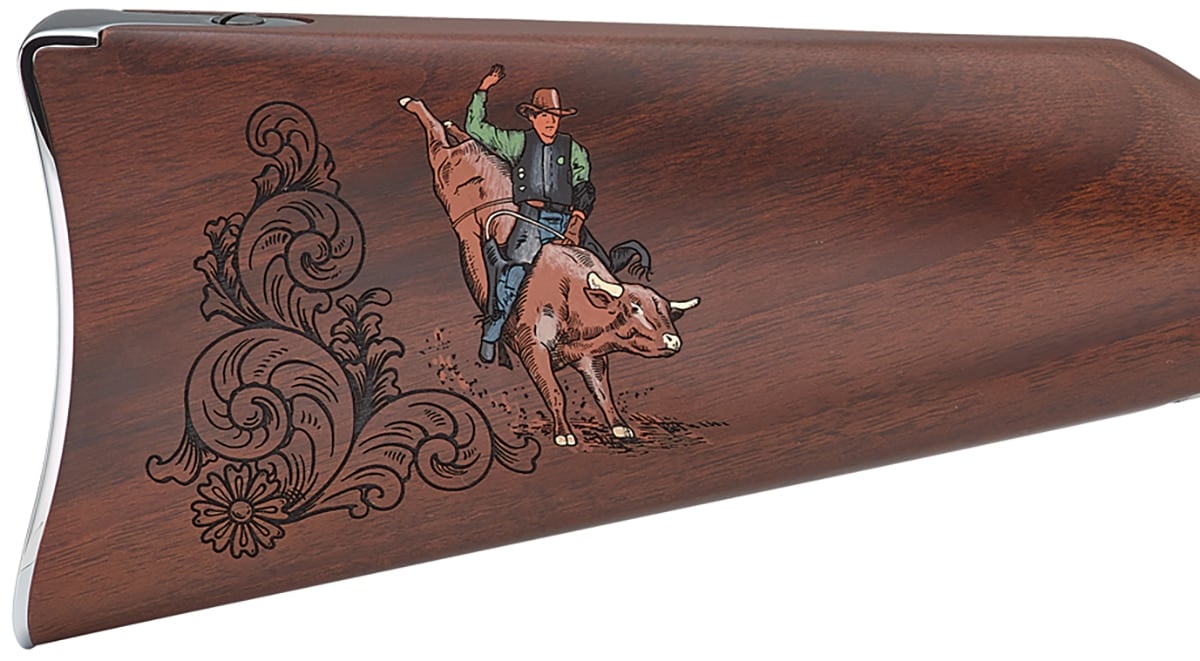