A three-day “no questions asked” event sponsored by the Baltimore Police Department offering to purchase guns from private city residents turned up 500 “guns” so far.

BPD offered a sliding scale for guns brought in to the event, ranging from $100 to $500 with another $25 offered for each magazine. From the looks of it, some looking to offload low-end, old, or broken firearms got better than market value at the department’s expense.

Photos released by the City show lots of break-top early 20th Century revolvers, single-shot shotguns, mass-produced .22LR plinkers made in the days when Montgomery Ward and Western Auto sold them via mail order, and a steady sprinkling of zinc-alloy jam-a-matics. In short, the bargain table (or maybe trash bin) at your local gun show. 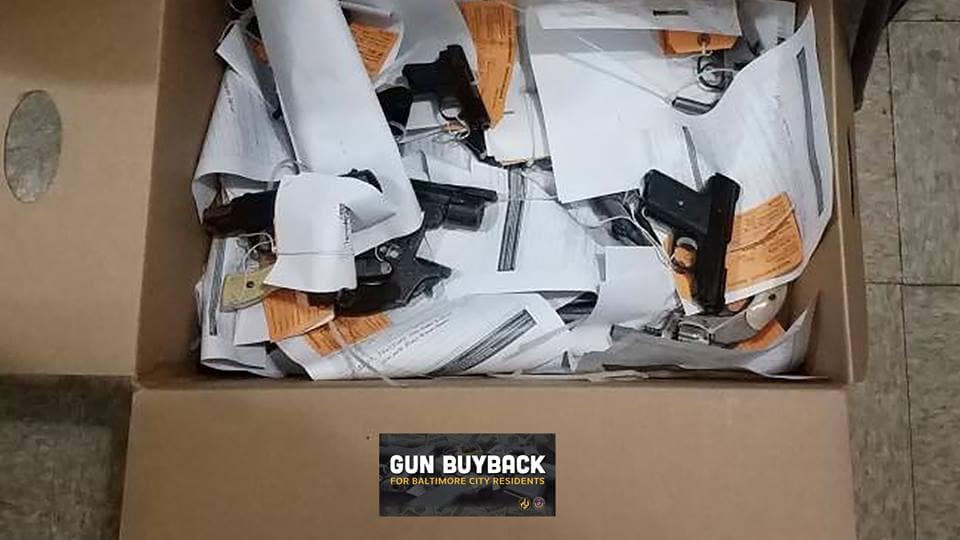 Keep in mind BPD was offering $200 for semi-autos, with no variance between pistols and rifles 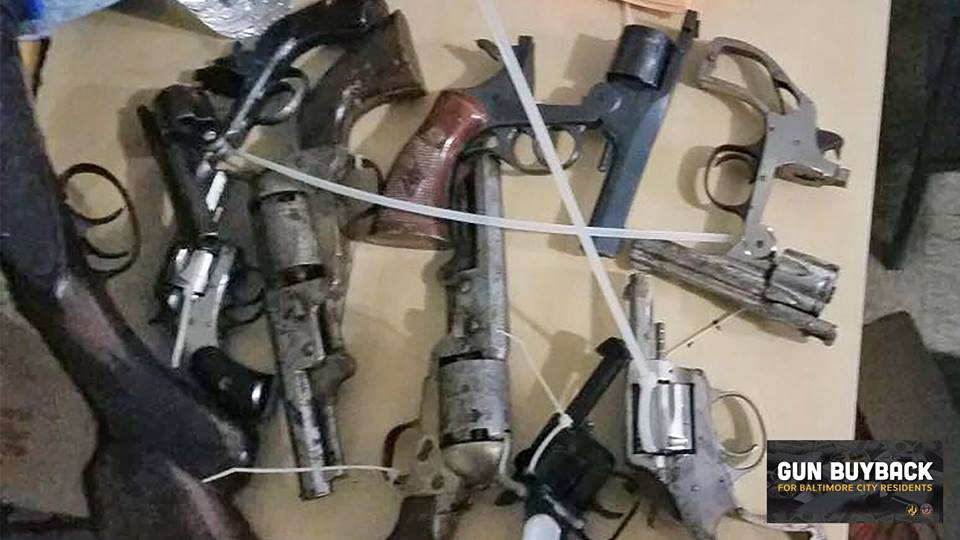 Willing to bet those are not original cap-and-ball Colts… 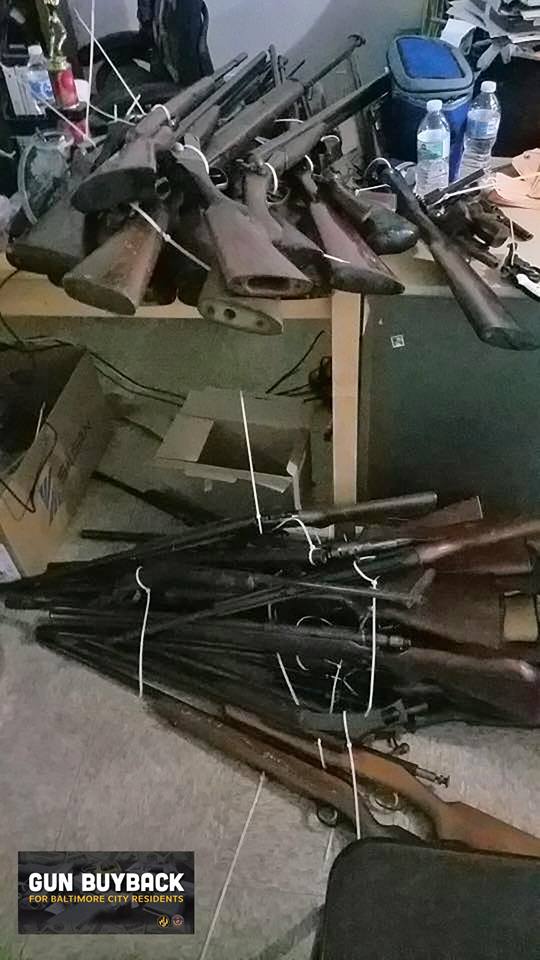 Most of these look like wall hangers from Cracker Barrel. Hopefully, there are no Peter Hofer sidelocks hidden in the bunch. 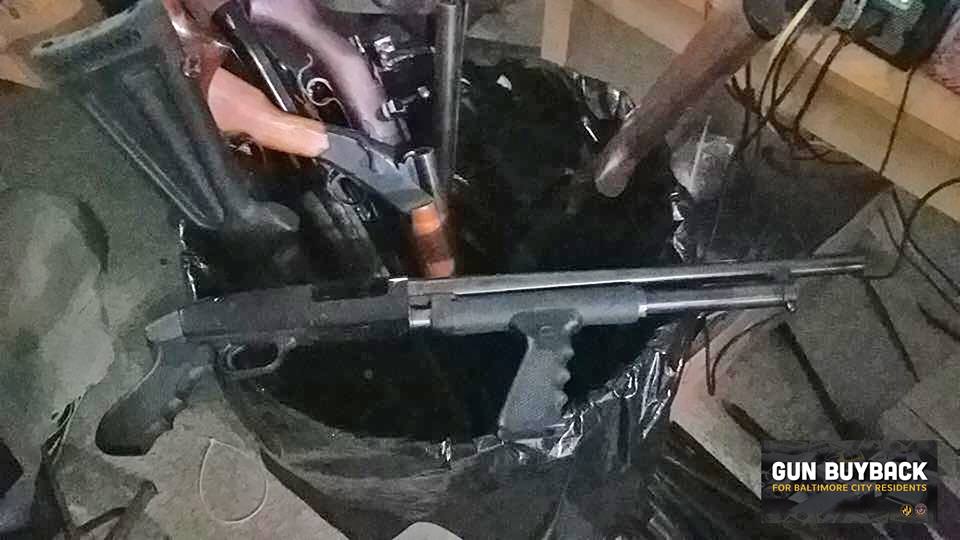 Was Omar from Baltimore? 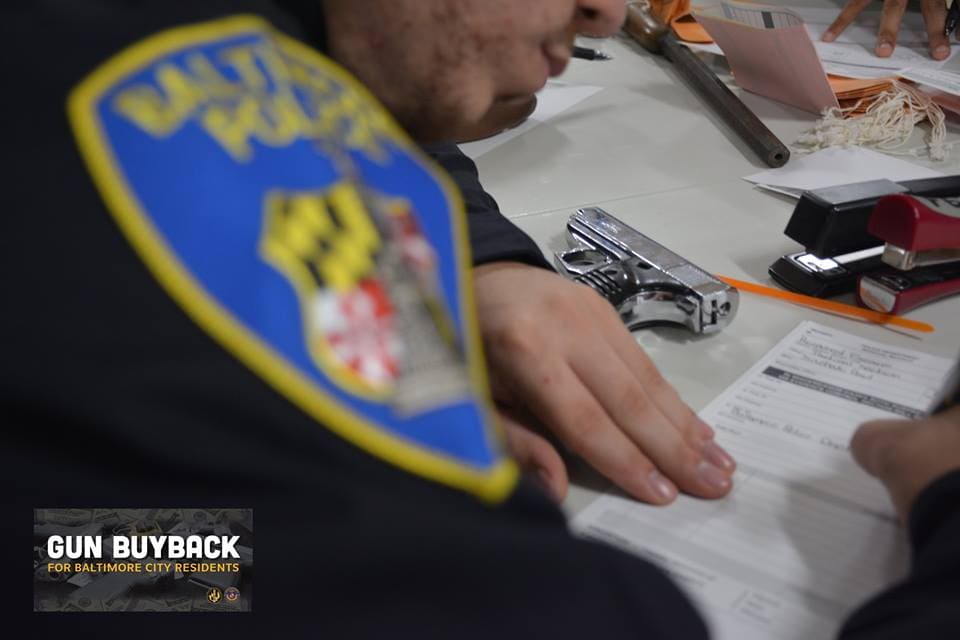 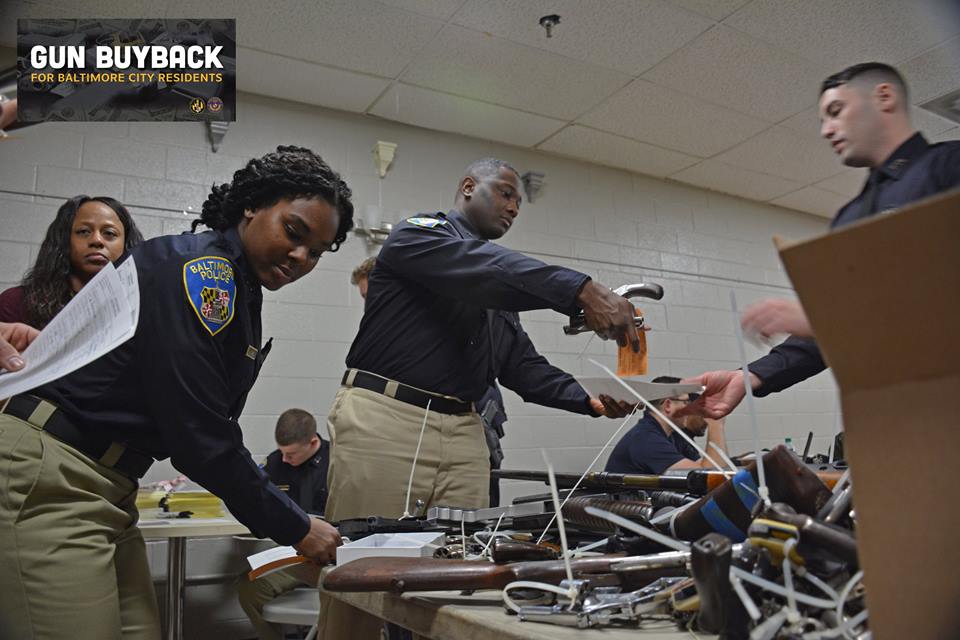 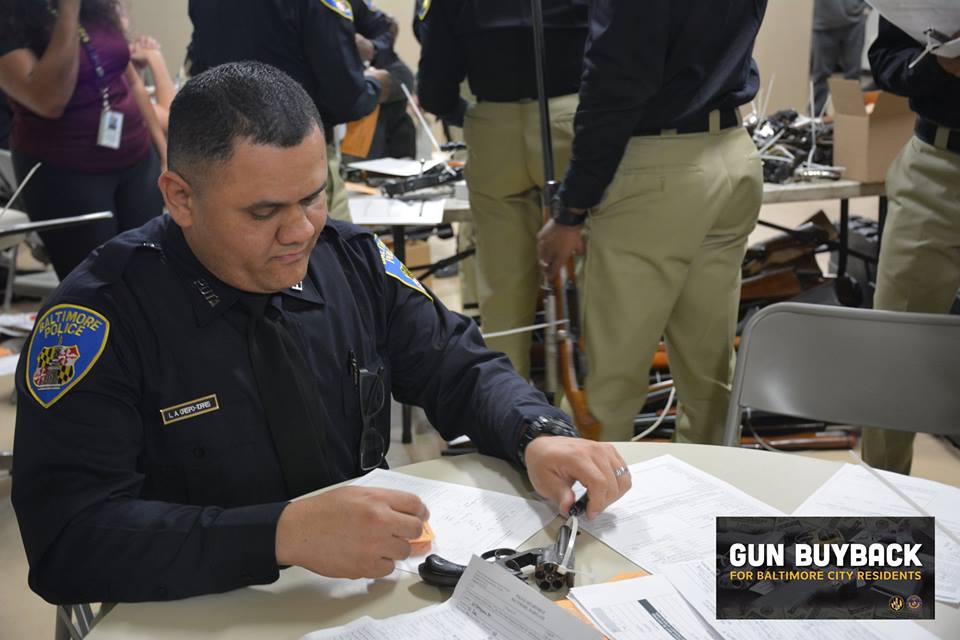 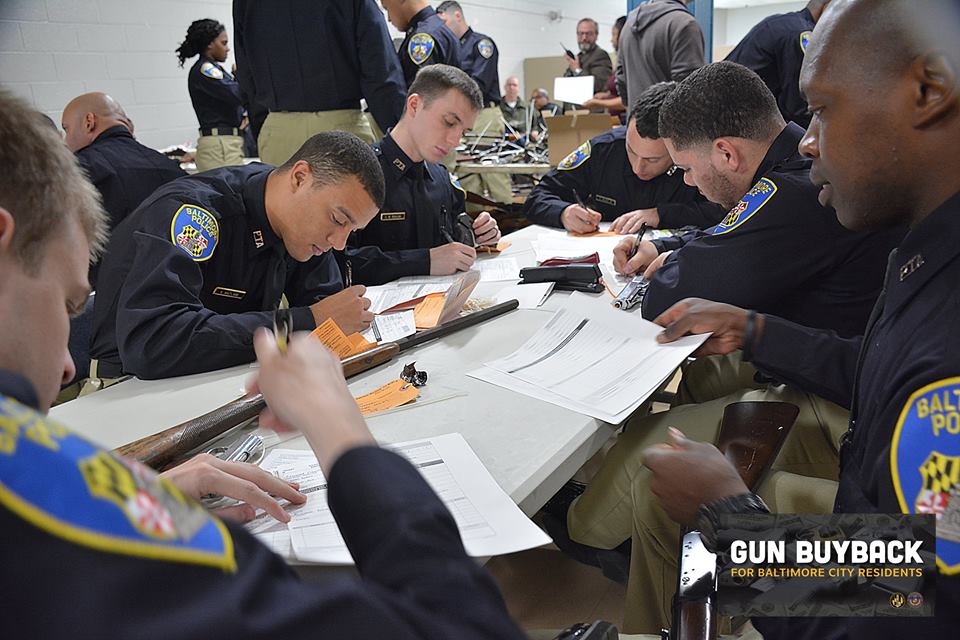 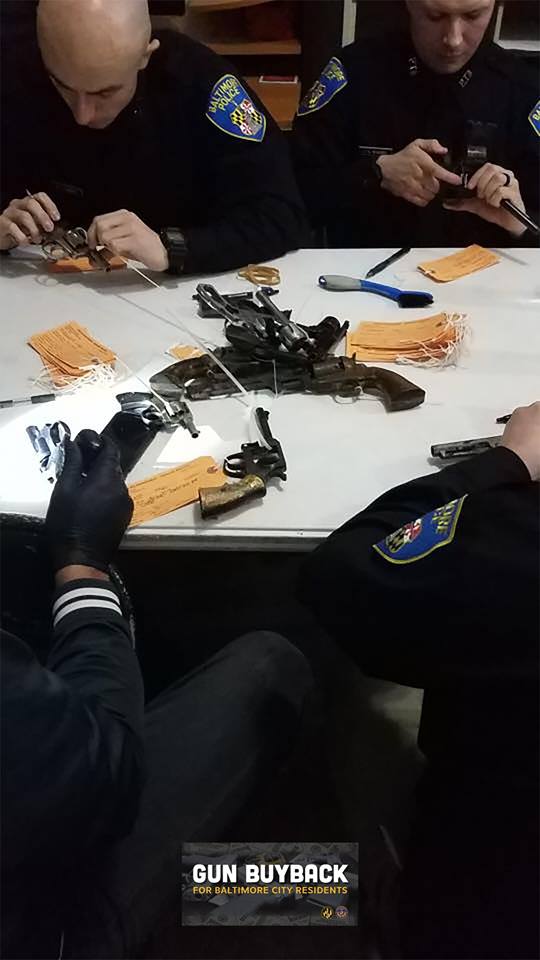 An inert AT4 field handling trainer— complete with the yellow band that denotes its use as such– garnered big news headlines on its own (e.g. “Rocket launcher turned in at Baltimore gun buyback program“). BPD reportedly paid $500 smackers for it– about twice what you can pick up one for right now online– and called ATF about it 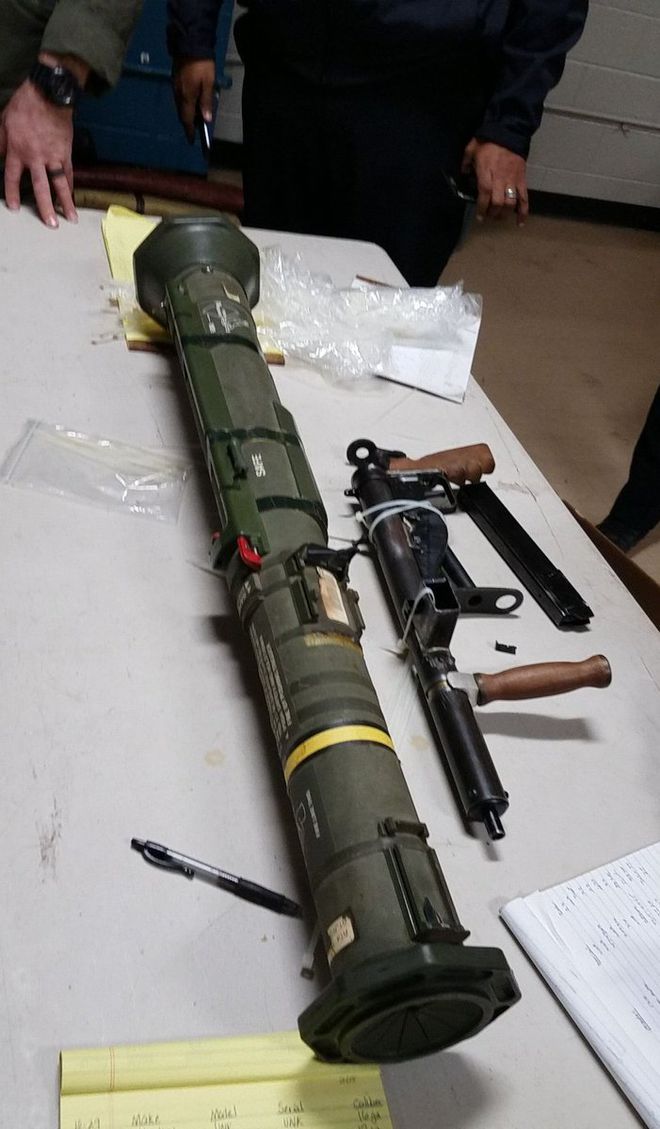 But nobody talked about the awesome garage STEN next to it on the table complete with the recycled wooden foregrip. Now that looks like an NFA charge waiting to happen.

A local media report of the event showed a much better piece of hardware than what BPD highlighted, interspersing the agency’s photos of the event with B-roll of a guy looking at a new XD at a gunshop! It’s as subtle as a hummingbird’s wings.