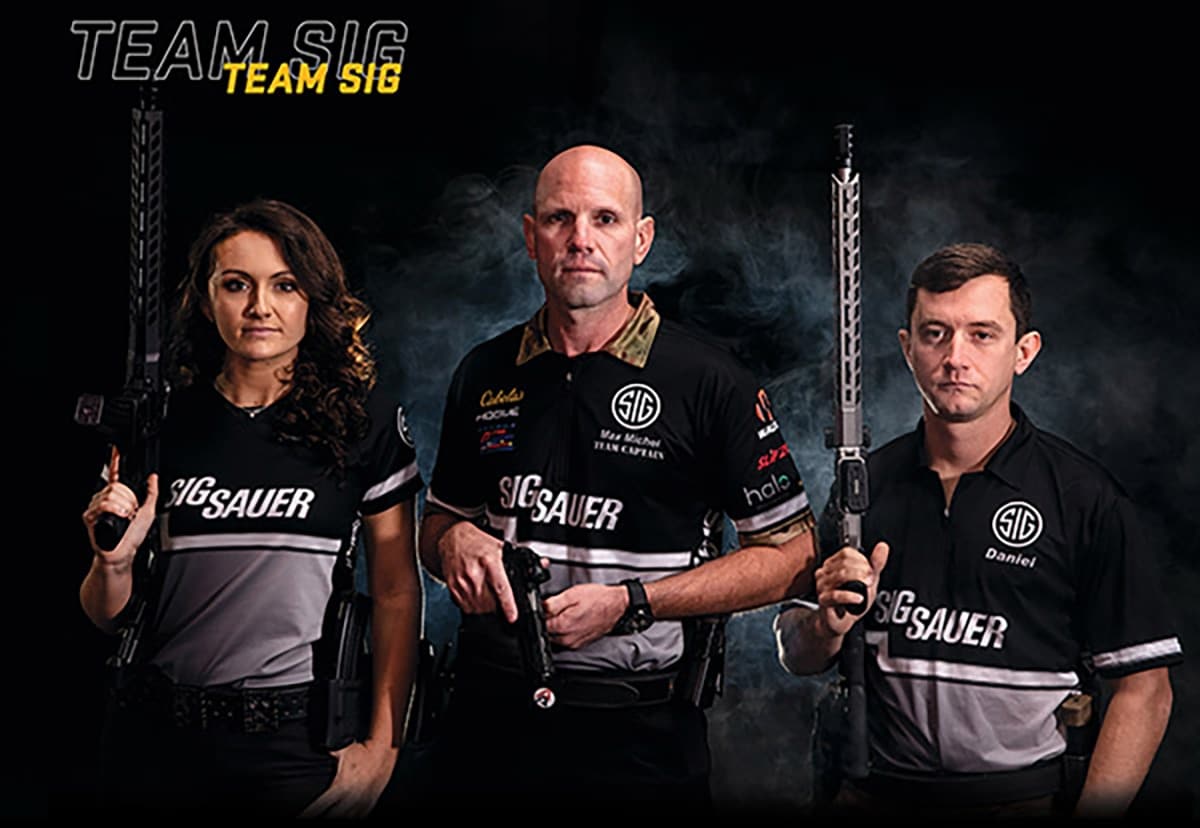 Sig Sauer said its team members turned up the heat in 2018, delivering a record setting year for Team Sig. Michel, Team Sig Captain, placed his focus on Carry Optics competition in 2018, remaining undefeated as the USPSA National Carry-Optics Champion. This marks the third year in a row Michel has earned this title.

Miculek proved that competition runs through her veins, turning out impressive performances in the Pistol Caliber Carbine division. Winning seven “High Lady” titles in PCC, she added six more “High Lady” titles to her name in the open and optics division. Miculek also began the first female to earn a top five overall finish at the USPSA Nationals and finished off the year as the first woman to earn Grandmaster Class for PCC. Miculek opted for a P320 XFIVE pistol, SIG MPX PCC, ROMEO3 Optic, and Sig Sauer Match Elite Pistol Competition Ammunition in 9mm for her competition setup.

Tom Taylor, Chief Marketing Officer and Executive Vice President of Commercial Sales for Sig Sauer, said the company is thrilled at Team Sig’s accomplishments and looks forward to seeing what Michel, Miculek and Horner achieve in the coming year.

“In 2018 Max set his sights on carry optics and raised the level of competition, Lena broke barriers for female professional shooters in PCC, and we only got a small glimpse of what Daniel will accomplish for Team Sig in 3-Gun competition,” Taylor said in a news release. “In 2019, I expect that each of them will continue their dominance by taking their competition to the next level with Sig Sauer pistols, rifles, optics, and ammunition.”

To learn more about Team Sig members check out the Team Sig webpage.