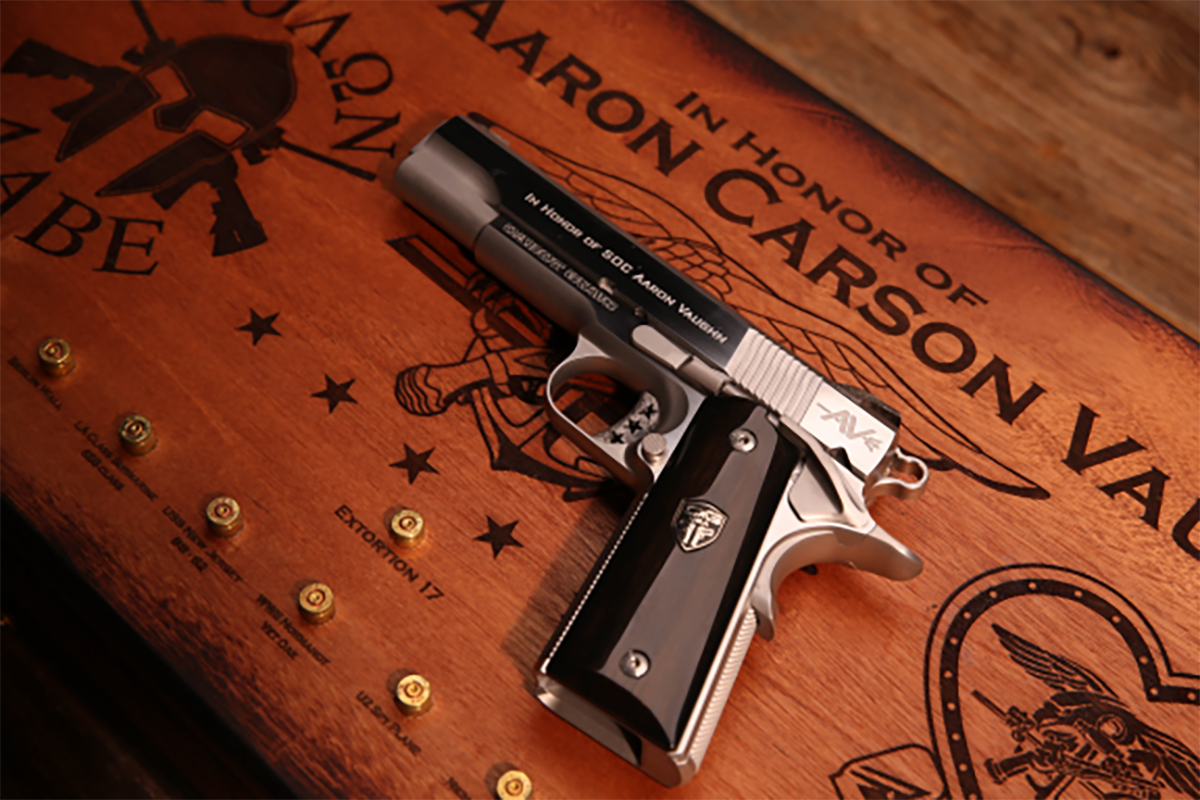 The custom gun was created to auction off at the Operation 300 Gala. (Photo: Cabot Guns)

The 1911 was designed by Cabot Gun founder Robert Bianchin with the help of Operation 300. Created with a solid block of American steel, the pistol features grips made from oak salvaged from the U.S.S. Constitution. The gun’s trigger and rear-swooping sight are also unique, having been carved from 4.5 billion-year-old meteorite. 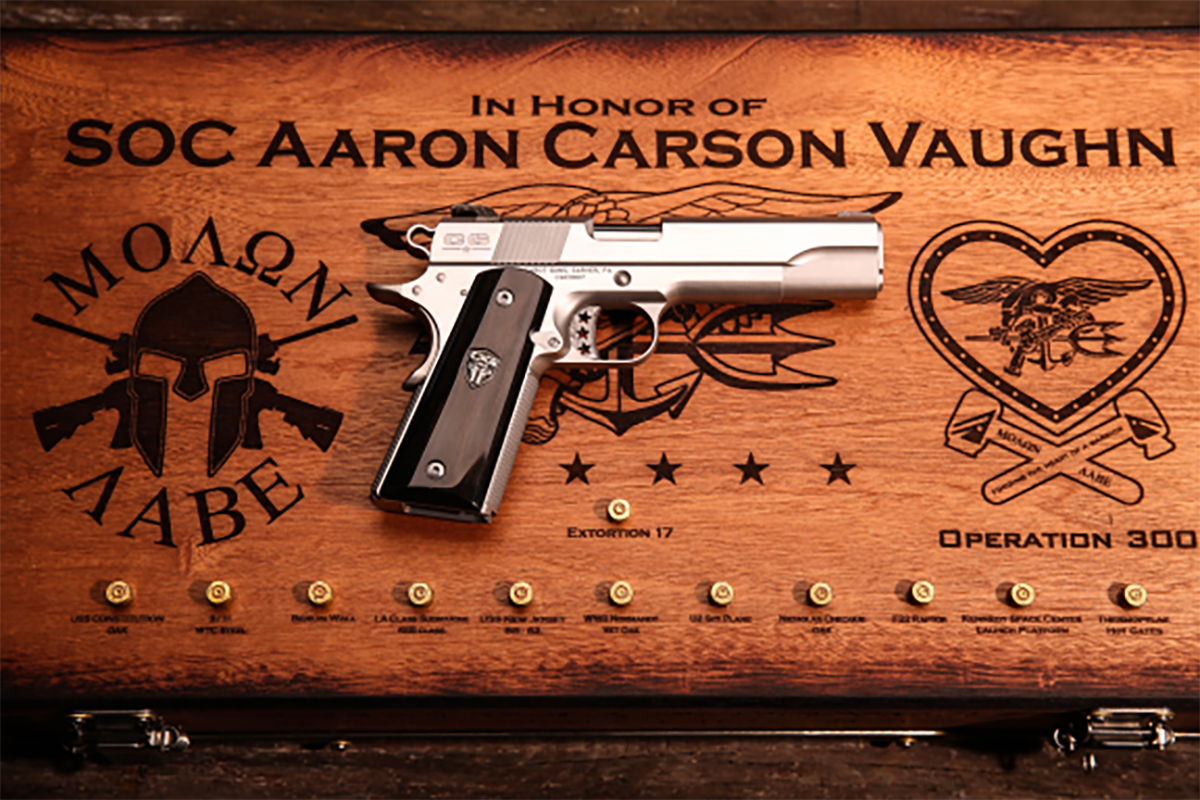 The pistol ships with a custom case crafted by retired SEAL and artisan Jimmy Hintzke. Hintzke handcrafted the mahogany case, embedding with historical artifacts such as 9/11 World Trade Center steel, a Berlin Wall remnant, Los Angeles submarine remnant, teak from the deck of the USS New Jersey, oak from WWII Normandy invasion and artifact material from the Lockheed U-2.

The pistol serves to honor Vaughn who was killed in 2011 when the Army CH-47D Chinook he was in was shot down by a Taliban fighter outside of Kabul. Operation 300 was founded to honor Vaughn’s life and legacy. The organization’s mission is that of caring for families of the fallen.

The custom 1911 and case will be auctioned off at the Operation 300 Gold Star Gala in Naples, Florida on Dec. 29. 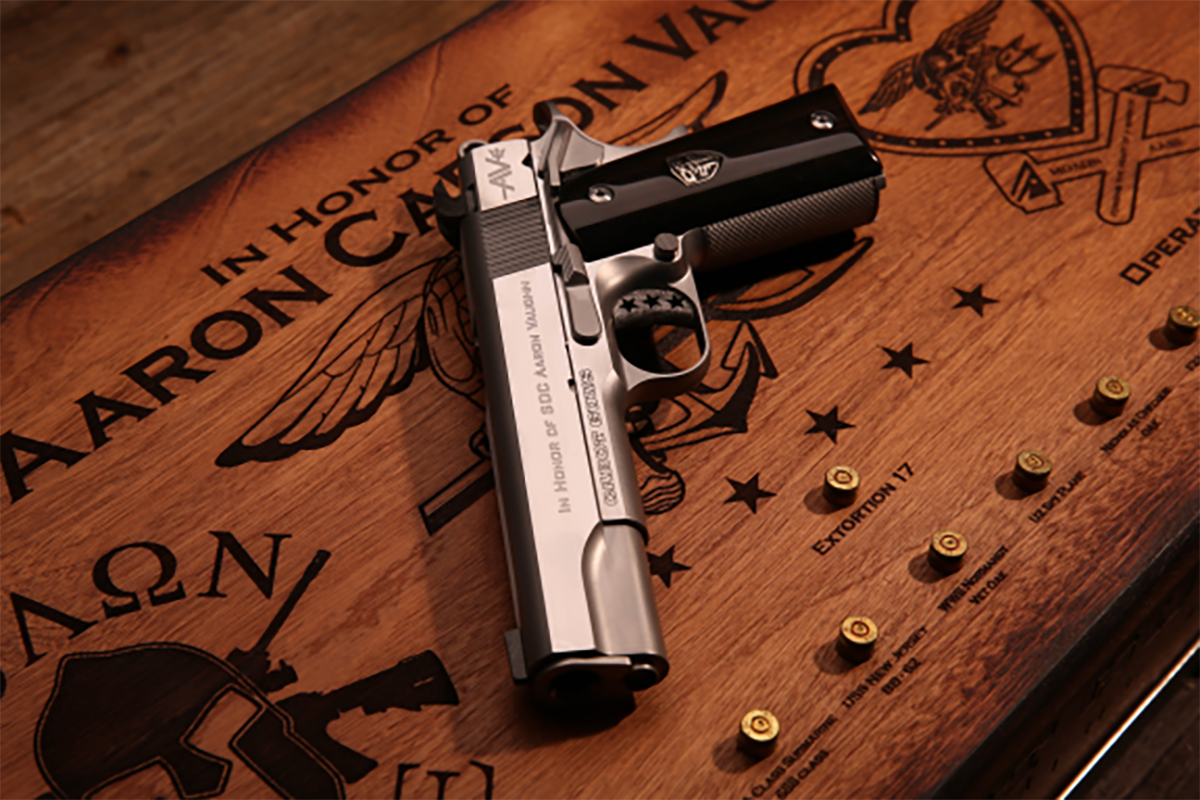