Glock expanded their slimline series with two new variants: the Glock 43x and 48. Compared to the original 43, the differences are obvious. The new guns feature a longer grip that holds a 10-round magazine, and serrations on both the front and rear of the slide.

The original 43 combines the performance of Glock’s traditional double-stack design and the slim profile of handguns built specifically for concealed carry. The 1.1 inch width affords a more comfortable concealment. With the single-stack design coming out some four years ago, it was time for an upgrade.

“We’re always in development of new products and pursuit of innovation in our product line,” said Brandie Collins, Glock’s public relations and communications manager. “The release of these products were fitting for SHOT Show, especially with the expansion of the slimline series and the addition of the G43X to the crossover category.”

The new guns are equipped with familiar Glock features — the safe-action trigger, removable sights, and reversible controls — that make shooting intuitive and adaptable to individual preference. The longer grip allows for a full three-finger wraparound. That and the simple point-and-shoot ergonomics make controlling the 9mm easy.

The new variants differ only in the slide. The Glock 48’s barrel is about three-quarters of an inch longer, which also adds two ounces to its overall weight. Performance between the two is almost indistinguishable. Though, some who tried both guns said they thought the long-slide 48 felt a little snappier.

With the new Glock 43x and the Glock 48 on hand, I invited visitors of the range at The Modern Sportsman in Burnsville, Minnesota to experience the newest the Austrian gun maker had to offer.

I spoke with Ben and Cayla, of the Burnsville area, who were trying out rental guns at the range. Coincidentally, they had just finished shooting two Glock pistols, a 17 and 19, for the first time in their lives. 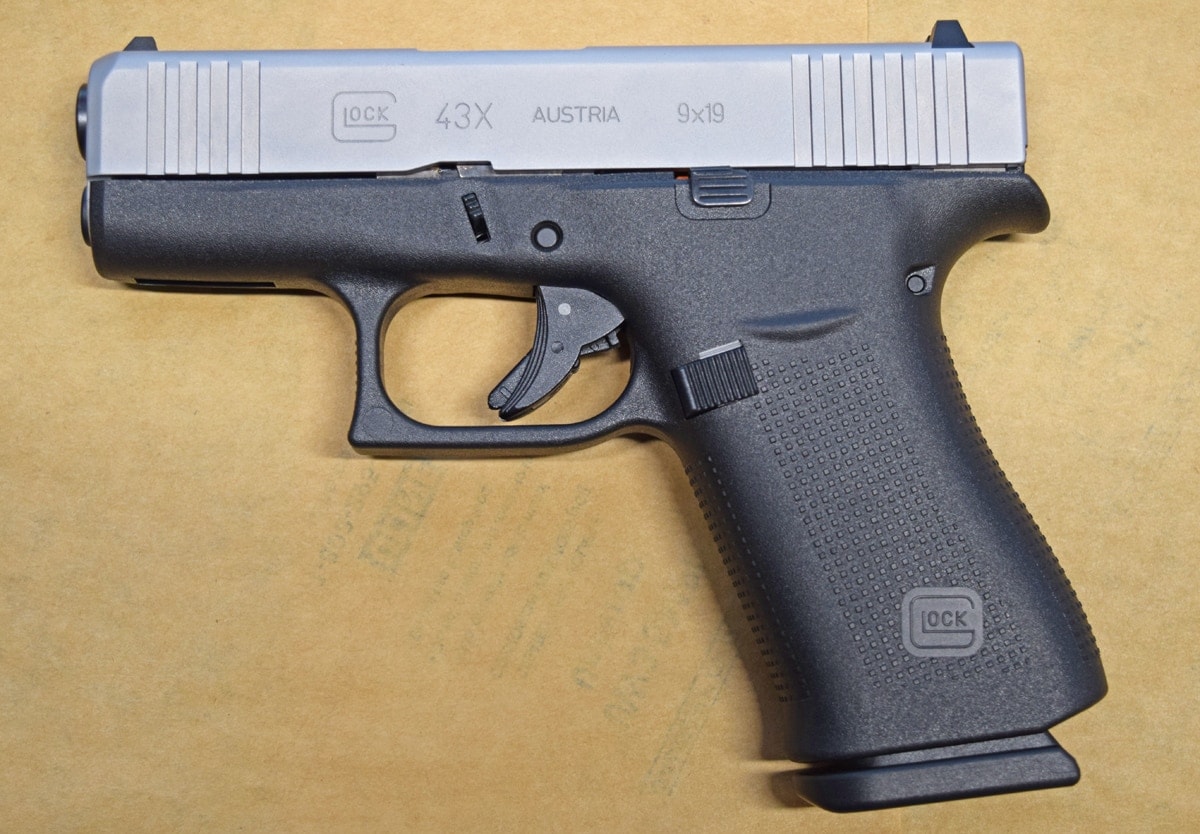 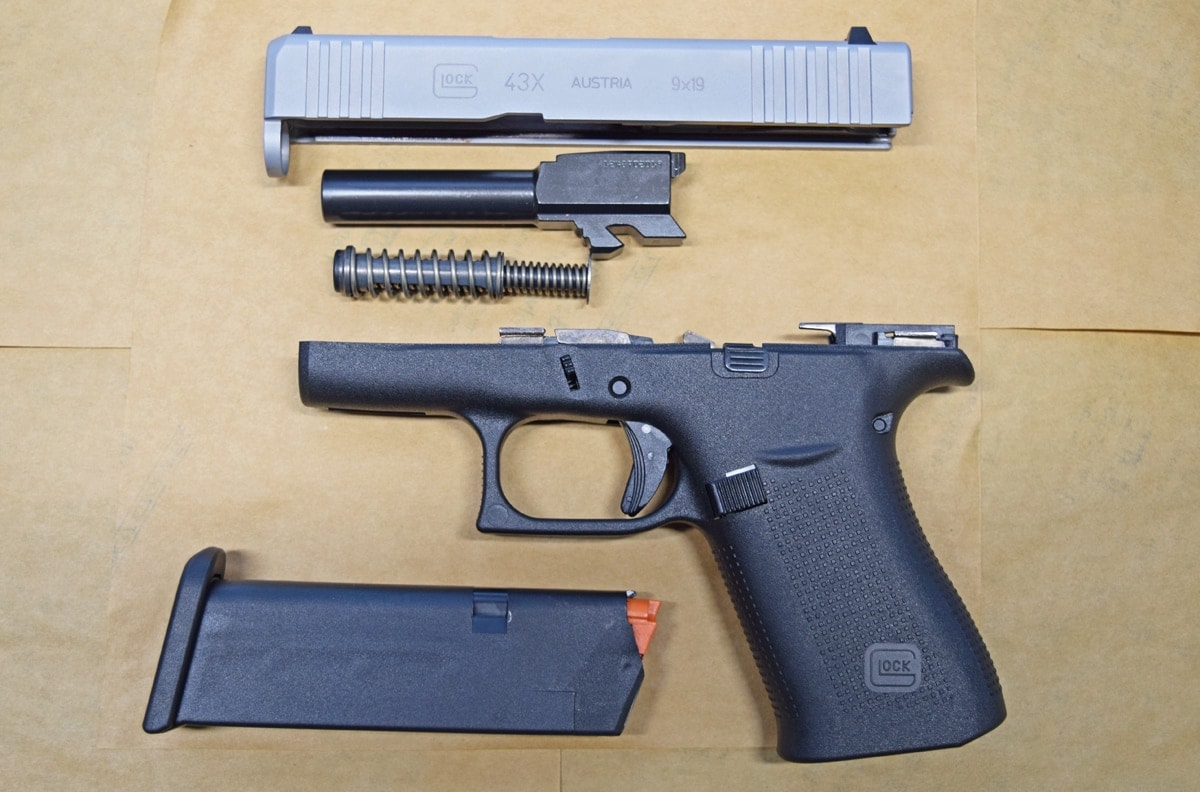 Ben, who has been shooting pistols since February but shooting rifles since the age of 12, said he thought the new Glocks seemed “really, really close” to the same gun.

Cayla had more experience with handguns. She said she obtained a carry permit about five years ago and carries a .40-caliber Smith & Wesson pistol. While she also thought the new Glocks performed similarly, she thought the smaller design had less recoil than her larger carry gun. “They’re pretty easy to handle … I have a .40 that I carry with and (the Glock pistols have) got less recoil than that, so it’s kind of nice for that,” she said. 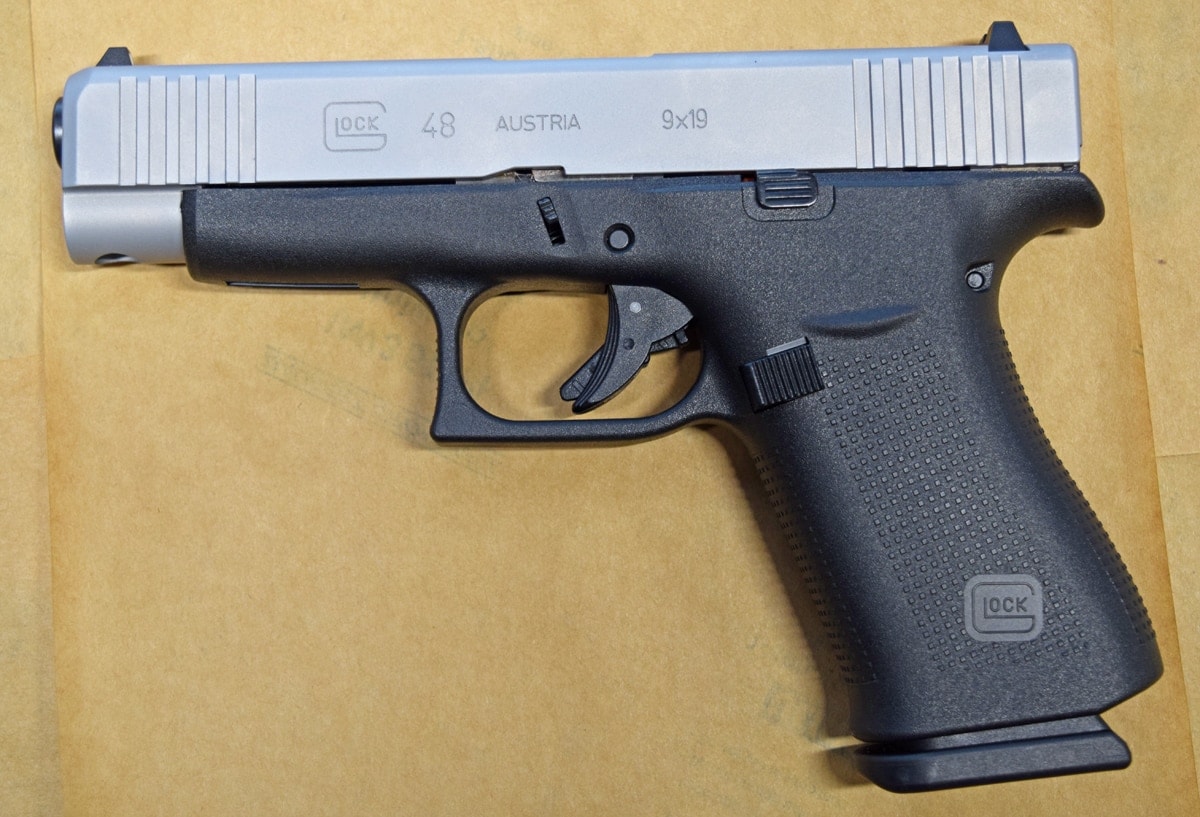 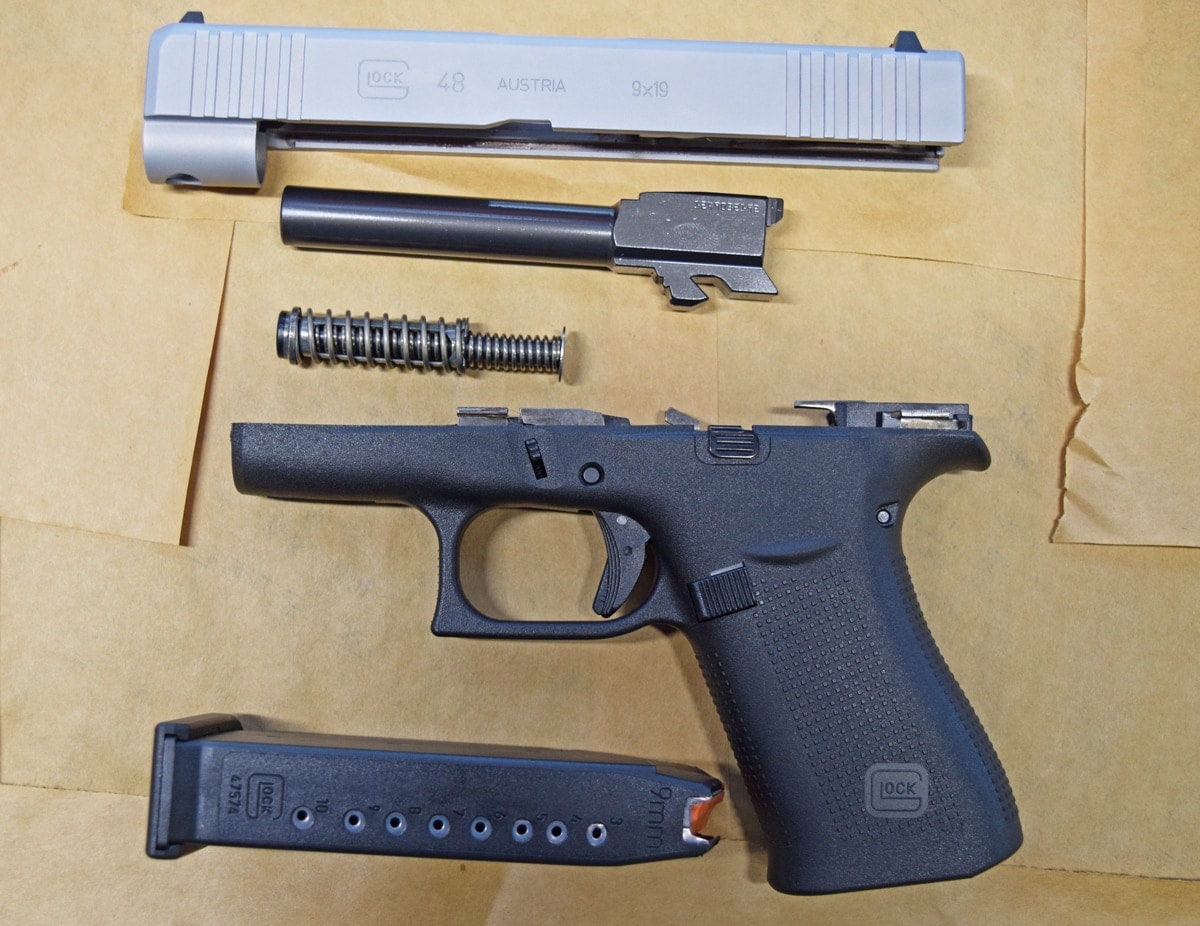 Kami, a sales clerk at the store, described her shooting experience as between a “floperator” and an “operator” after years of shooting recreationally and carrying concealed.

“I loved the Glock 43x. I loved how compact it was but not extremely small, so it’s definitely going to be my next carry gun when it comes out,” she said. Kami added that she had considered buying the original 43 before but ultimately went with a Glock 26 because the 43 was too small.

Tom, a range officer and trainer at the store, said after trying the new Glocks that he might switch over from his Smith & Wesson compact 9mm. “I would say I would recommend those (Glocks) for concealed and carry,” he added.

“I noticed a little more of a kickback with the longer slide. But still, it was a simple trigger pull, simple reset. It was really fun to shoot. I’m really excited for what Glock has in store for the next generation,” Tom said. 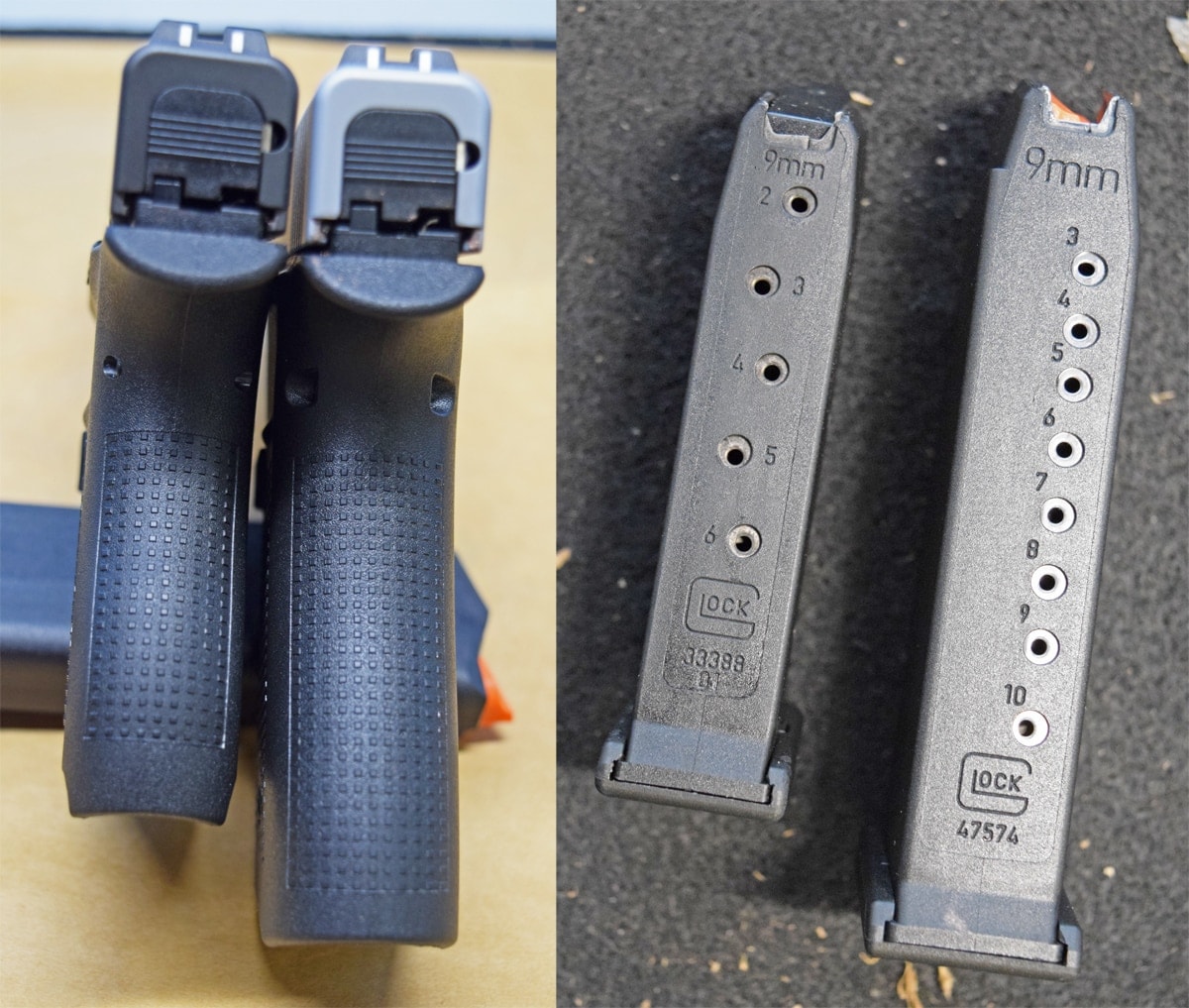 The Glock 43 side-by-side with the Glock 43x, which is identical to the 48 except for the barrel. The grip is noticeably longer on the newer models to fit a 10-round magazine. (Photo: Daniel Terrill/Guns.com) 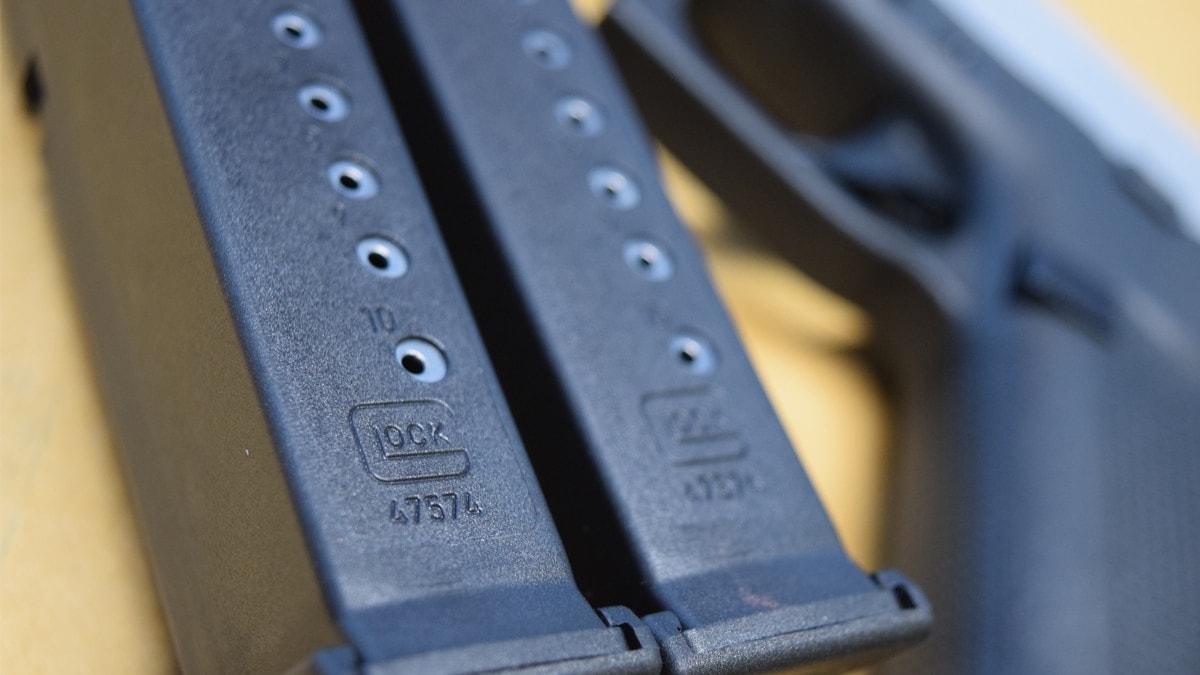 Dan, another sales clerk and range officer, said he preferred the 48 over the 43x and liked the longer grip. “It’s not too thin, but it lets me get all my fingers,” he said.

The new Glocks seemed to evoke positive reactions overall, especially among Glock fans. Together, we put a total of 175 rounds through both guns and they worked flawlessly. The slimline designs pairing Glock’s intuitive controls and a full three-finger grip create the ideal package for concealed carry.

The new Glock 43x and the Glock 48 handguns released on Jan. 2 and make a public debut at the Shooting Hunting Outdoor Trade Show in Las Vegas in late January 2019. They’ll retail in the $450 price range.