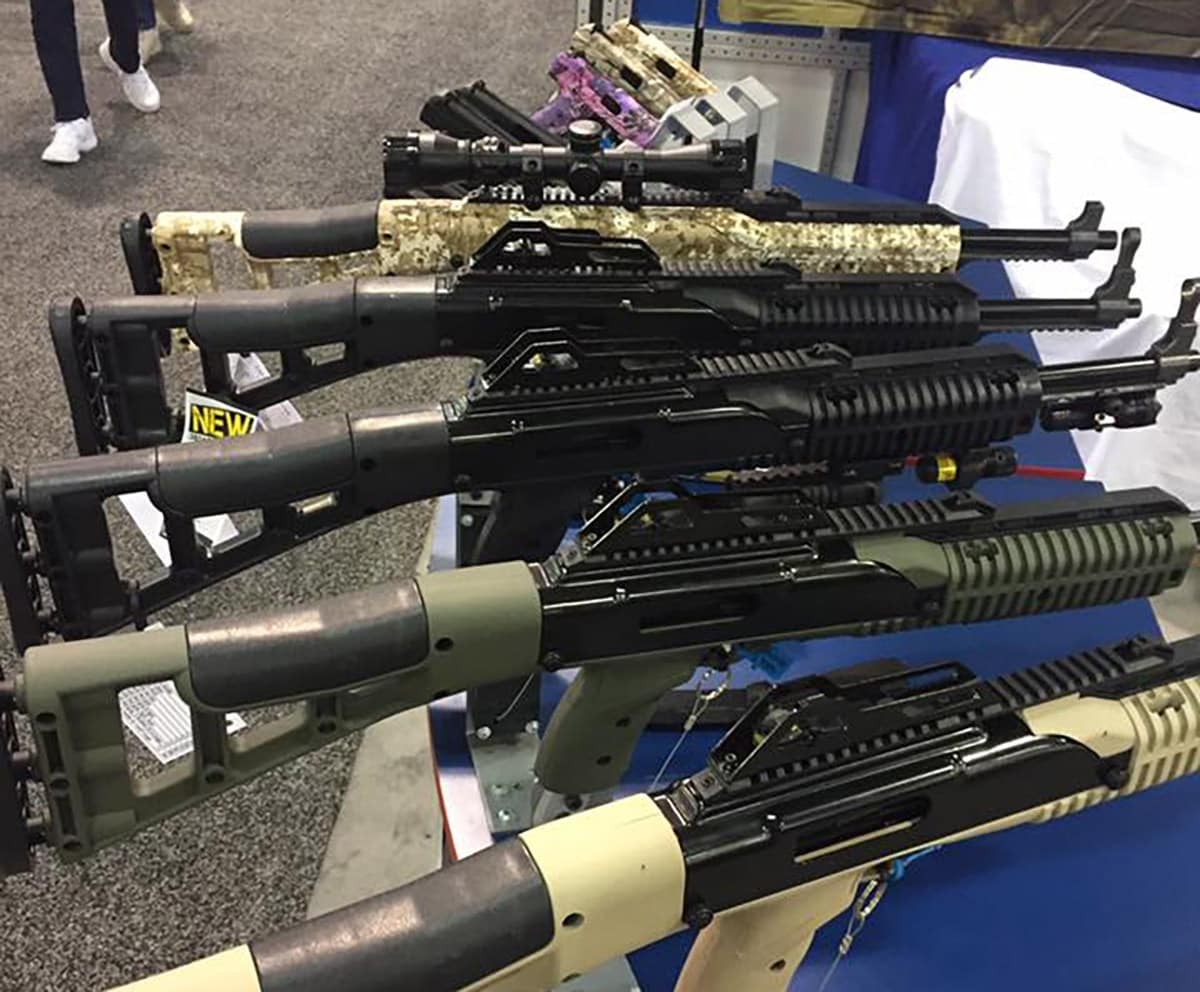 Hi-Point firearms on display at a trade show. (Photo: Hi-Point)

A blaze at the Hi-Point facility in Mansfield, Ohio on Dec. 28 resulted in thousands of dollars in damage to the gun manufacturer.

The Mansfield News Journal  reported that the fire, shortly after midnight Friday, produced damage estimated to be between $40,000 and $50,000. No injuries were reported as the business was empty at the time of the fire.

Madison Township fire chief Ron Luttrell said it took firefighters nearly 30 minutes to quench the blaze engulfing the middle portion of the one-story, Hi-Point facility. Firefighters were able to contain the fire to the “machine area” of the structure. Chief Luttrell said no live ammunition was impacted. The cause of the fire is unknown, but state officials are currently investigating.

Hi-Point is a family owned gun maker best known for its budget friendly rifle and pistol designs along with accessories. Officials say it appears as if Hi-Point was insured, but there’s no word yet on how the fire will affect the gun maker’s production or distribution.

Interestingly, the building that houses Hi-Point was damaged by another fire two years ago. No one was inside the building at the time of that fire.