Cops around the world over bemoan fiery loss of donut truck 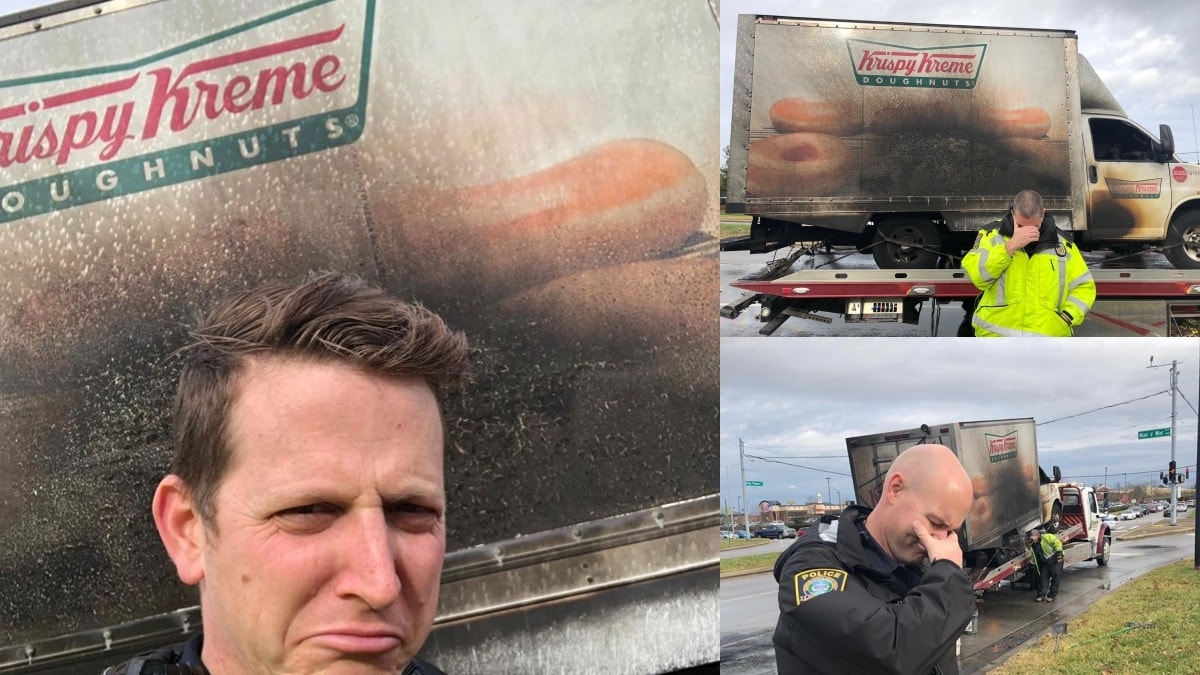 When police in Lexington, Kentucky posted their heartbreak over a lost batch of donuts, eyes glazed over around the globe.

“No words,” was the simple caption shown in a three-photo post to LPD’s social media account on New Year’s Eve, showing a scorched Krispy Kreme delivery truck being loaded on a wrecker. While the department clarified that there were no injuries in the fire, vital doughnuts were lost.

Feeling a disturbance echoing across the thin blue line that knew no borders, agencies in Ireland, Australia, New York and elsewhere responded to the post, offering condolences along with others in a post that garnered over 3,200 comments in two days.

“We donut believe this!!!” said the Fullerton, California, police department.

“This literally hurts my soul. Prayers to LPD as they deal with this loss” offered Louisville PD.

The Colorado State Police noted, “Our hearts break for you. You have all our support. Come to the Rockies and partake of all our donuts. Just, uh…maybe avoid the brownies, mmkay?”

Meanwhile, the South Dakota Highway Patrol posted a photo of a K-Kreme truck on its side in a snow bank, saying, “We feel your pain,” and “Call if you need to talk.”

As for Krispy Kreme, the North Carolina-based fried dough juggernaut announced on New Years’ Day that, “We’re thinking of you during this difficult time…and have more doughnuts on the way!”

?? We’re thinking of you during this difficult time…and have more doughnuts on the way! ? https://t.co/9hPDMieFa1