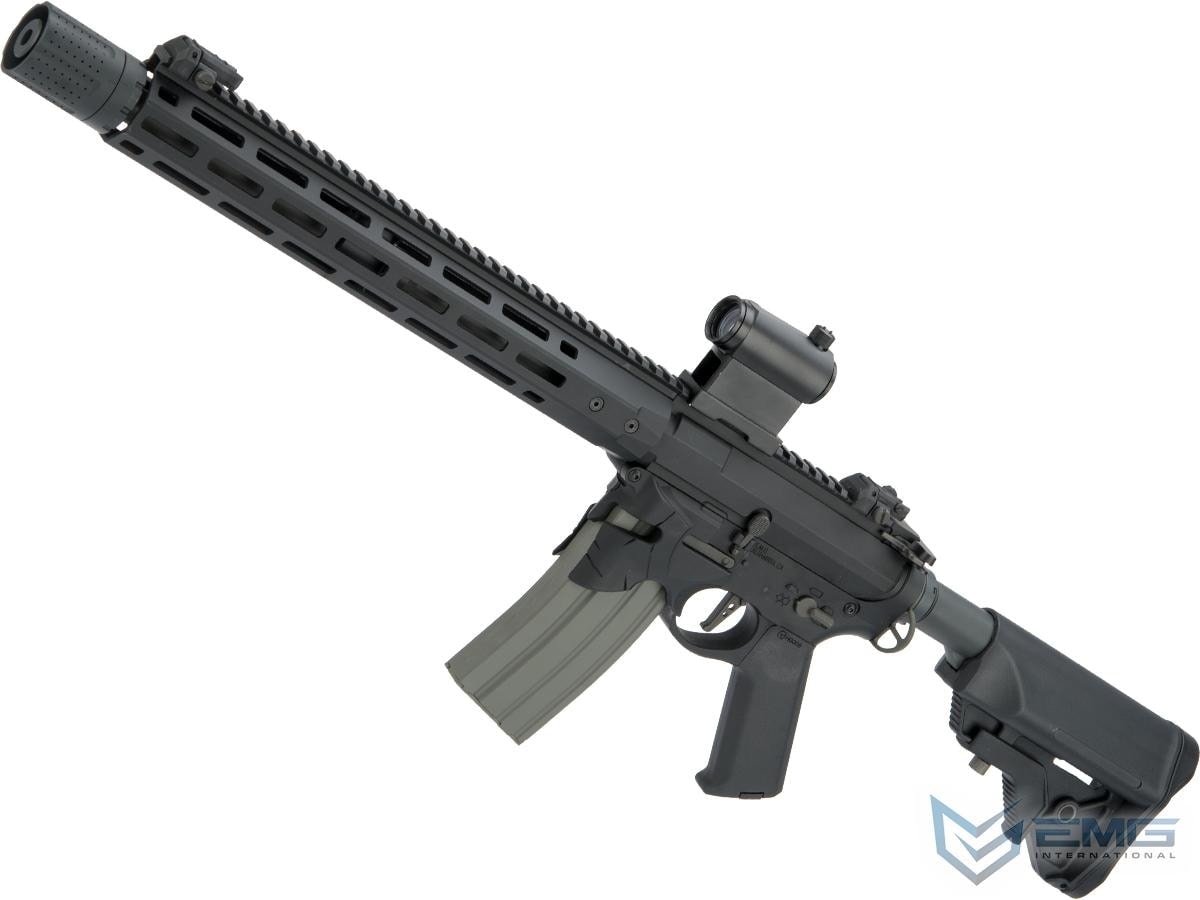 The airsoft rifles come in either black or tan with varying lengths. (Photo: EMG International) 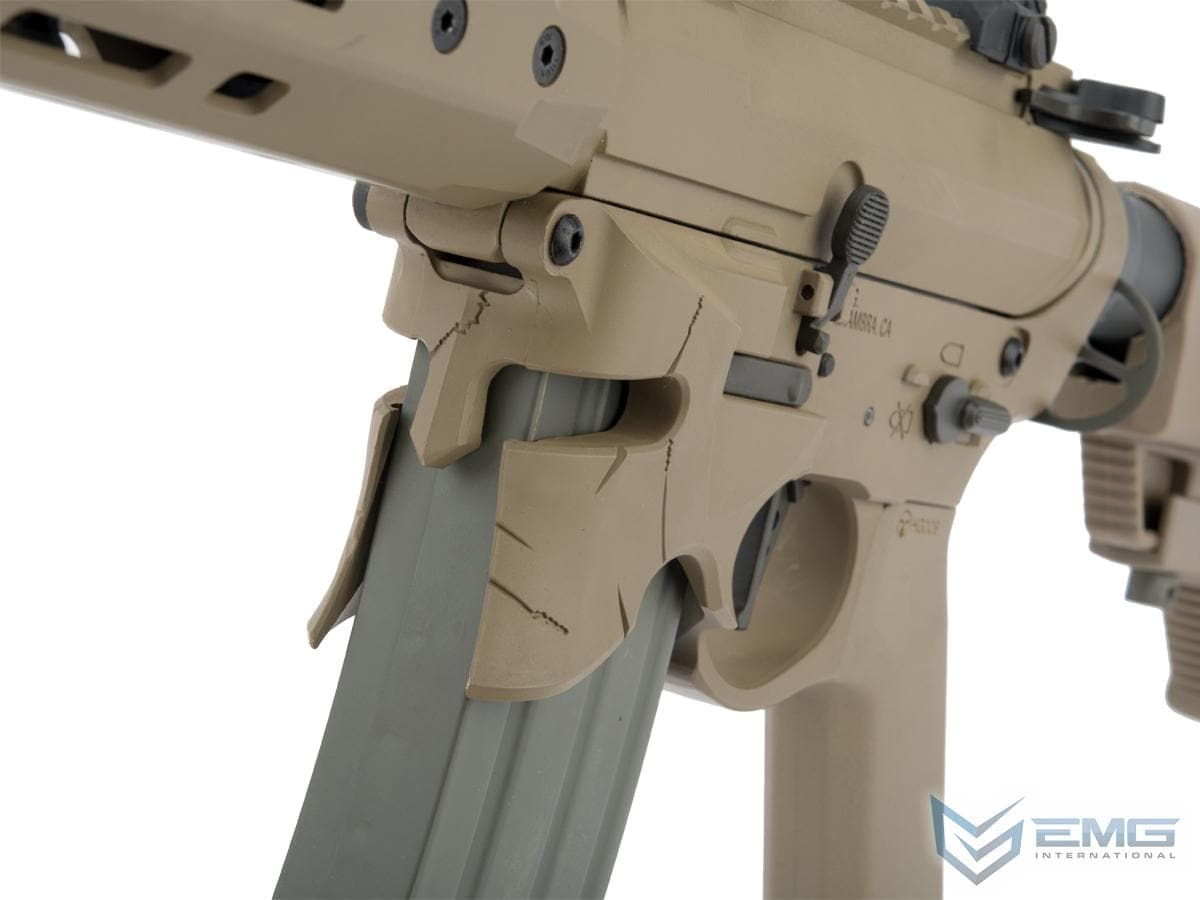 The training rifles come in a few flavors to include: a 16-inch RECCE, 12-inch SBR and 8-inch PDW in either black or dark earth.

“The stunning and fierce details of the Overthrow features an open mag well helmet design, with battle worn dents, sword gashes and crack lines to really set this apart from your average rifle and brings a whole new meaning to personal weapons customization,” the company continued.

The Sharp Bros and EMG International collaboration will be available later this month with a price tag of $299. 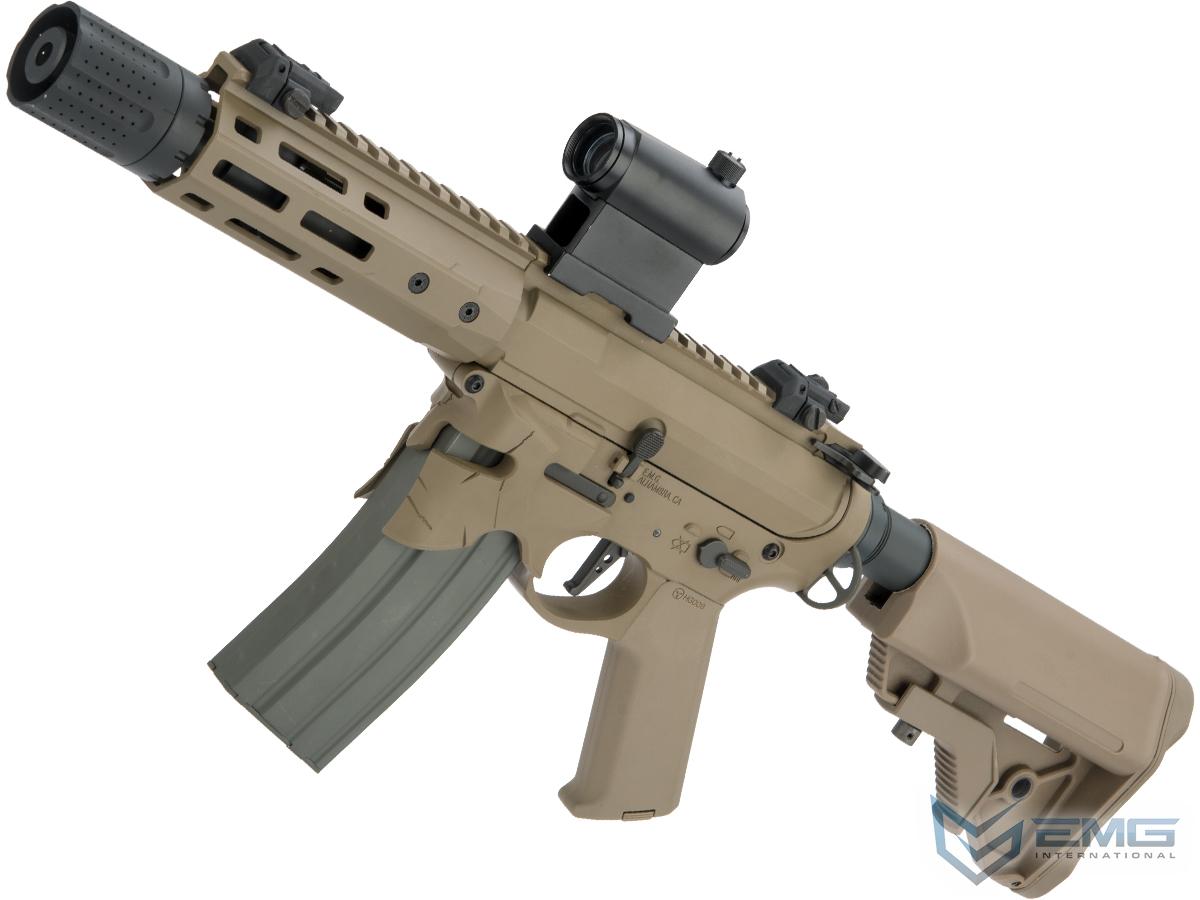