It may be presumptuous to think that Alice Tripp carries a gun. If you ask, she’ll give you a lesson in etiquette. “There’s two things you don’t ever ask a Southern woman: her age and if she’s carrying,” she’ll say with a smile.

One might make the determination because Tripp is the legislative director and lobbyist for the Texas State Rifle Association, one of the largest gun rights organizations in the Lone Star State.

Left: Tripp showing off her Lady Smith with its painted grip and engraving. Right: Tripp uses and inside purse pocket for her weapon as her preferred choice of carry. (Photo: Don Summers/Guns.com)

Although she wouldn’t say if she was carrying, she would say what she carries. She said she keeps a Smith & Wesson Ladysmith revolver that has an etched rose in the frame. “I carry a very pretty gun but with the +P ammo,” she said. “It’s way more than just pretty, folks.”

In addition to loading it with .38-caliber +P ammunition, she carries her revolver in a very particular way. “I’m not much of a holster person due to my small size so I like to carry in a purse with lots of zippered pockets” Tripp said. “I carry the purse with my firearm pointed straight ahead and with the gun on the inside, next to my body. This way my hand can easily be in the purse pocket with the gun.” 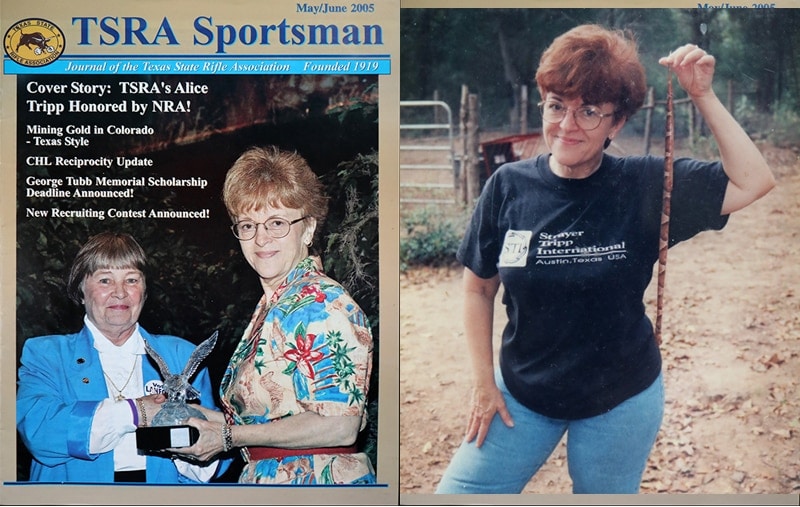 Tripp has been giving that advice since she started participating in the National Rifle Association’s “Refuse to be a Victim” program that brought concealed carry to Texas in 1995.