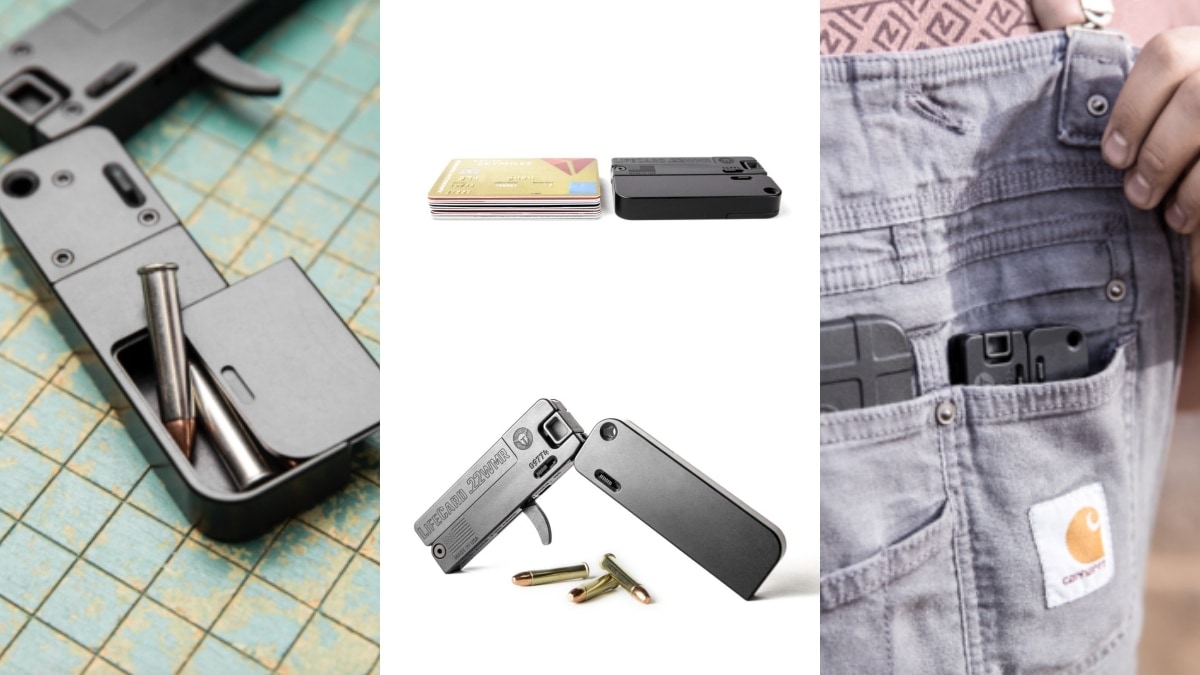 The new .22 Magnum LifeCard maintains the same deep-concealment size as the original but ups the ante in caliber. (Photos: Trailblazer)

With the same compact dimensions as their innovative folding .22LR, the new .22 Magnum version of the LifeCard has a little more punch.

Trailblazer announced the latest installment to their flagship handgun line late last month, saying in an email that, “Offering a standalone .22WMR LifeCard has been the top request from customers this past year.” The new gun is much the same as the standard LifeCard, able to fold into a 3.375 x 2.125-inch package — which the company points out is small enough to fit in an Altoids mint tin or the 5th pocket of a pair of jeans and “no bigger than a stack of credit cards.”

Besides the increase in caliber, the new .22 Mag version has had its internal storage compartment in the grip stretched slightly to accommodate three spare cartridges while a lanyard hole has been added to the frame to allow the 7-ounce gun to use a paracord attachment. 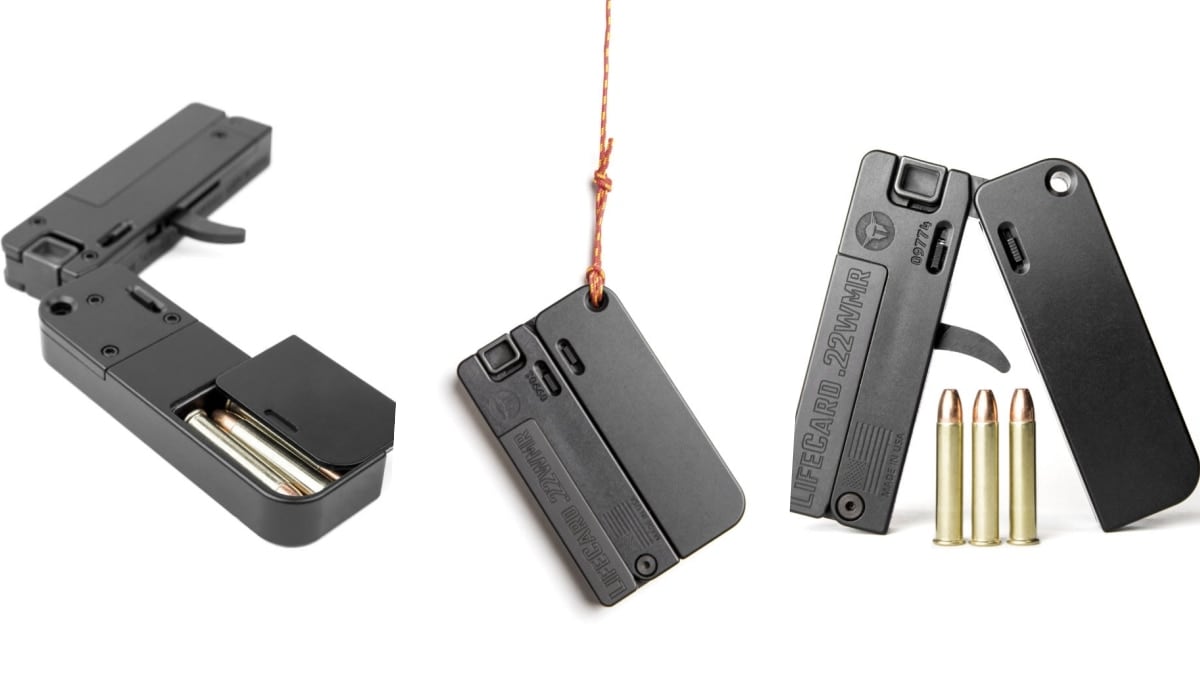 Using a frame and handle machined from aluminum, the barrel and trigger are produced from 4140 pre-hardened steel. The gun is ambidextrous by design and has built-in safety features. To meet ATF guidelines on AOWs, the LifeCard cannot fire when in its closed position.

MSRP is $399, the same price as their standard LifeCard of which the company has sold more than 6,000.