As part of a weapons deal with the Southeast Asian country of Laos, the Kremlin got a trainload of running WWII relics returned to the Motherland.

The Russian Ministry of Defense reports that the Lao People’s Democratic Republic recently transferred 30 T-34 tanks to Russia by sea to the Pacific port of Vladivostok from where they have been loaded for transport via rail to Naro-Fominsk, home of the 4th Guards Tank Division near Moscow. According to state media, all 30 of the vehicles, T-34-85 variants, date from 1944 and had originally been transferred from the Soviet Union to the country as military aid back in the 1980s.

In running condition and virtually unchanged from when they left their wartime assembly lines, the T-34s will be used by the Russians in military parades and for film work. 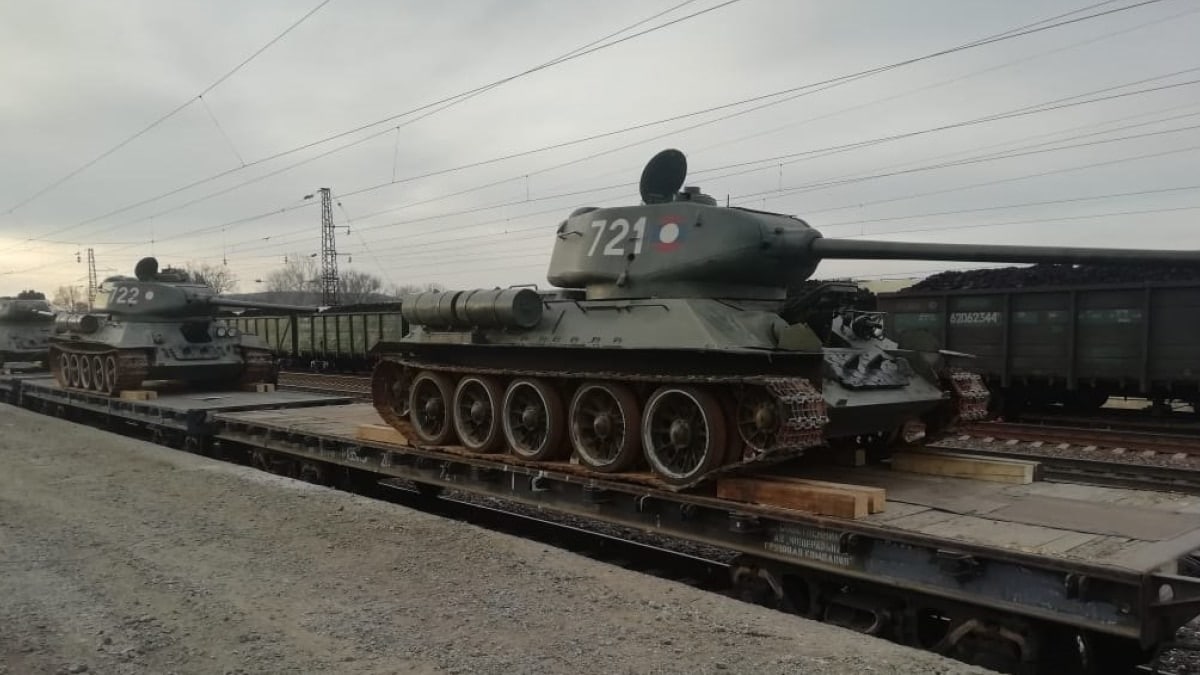 First produced in 1940, the T-34 was arguably one of the most common tanks made in the 20th Century with over 58,000 built by 1958 when the design was replaced by more modern T-54/55 series. Over 40 countries used the iconic armored vehicle across the globe but comparatively few remain in active service. Primary users with the vintage Eastern Front bruiser still in inventory include Cuba, North Korea, and Vietnam.

Laos, one of a handful of Communist states still in the world, used the T-34s in as late as last year when they were being phased out in favor of more viable T-72 tanks provided by Russia.