Alabama-based Advanced Armament Corp has a new lightweight .30-caliber suppressor they tout as an “experience enhancer.”

The Jaeger 30, borrowed from the German word for hunter, uses a mount and blast baffle crafted from Grade 9 titanium while the outer tube and monolithic core are of 7075 aluminum, a combination that results in a can that weighs in at 13.9-ounces. With a 9.28-inch length, ACC says the Jaeger’s 5/8x24TPI direct threads are compatible with most of .30 caliber hunting rifles currently on the market. 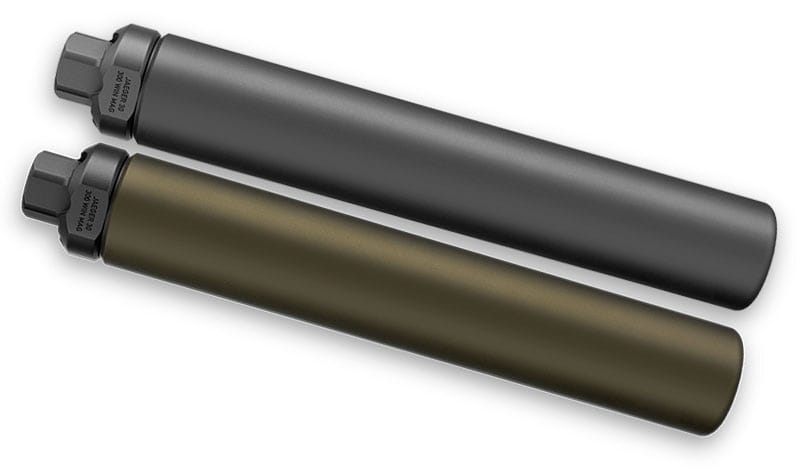 The outer tube is finished in a hard coat anodized coating (Photos: AAC)

When it comes to sound mitigation, the Jaeger is advertised at reducing the sound pressure level of .300 Win Mag and .308 Win below the 140dB mark while .300 Blk drops to the sub-130dB range.

Best yet, MSRP is $449, which makes the new AAC offering substantially less than many comparable cans in its class.

The viability of pitching a .30-caliber can to sportsmen is solid. In recent years, Louisiana, New Hampshire, Michigan, and Florida have joined the list of now 40 states that allow hunters to head to the field to harvest game with suppressors, with supporters touting enhanced safety and awareness benefits due to the devices. Currently, some 1.5 million silencers are in circulation, a figure that has nearly doubled since 2015.