Weighing in at 1.5-pounds empty– and 4.5 when stuffed full of 50 rounds– the D50 is capable of accommodating longer-than-SAAMI-spec match ammunition, up to 2.830-inches OAL, such as military M118LR ball. 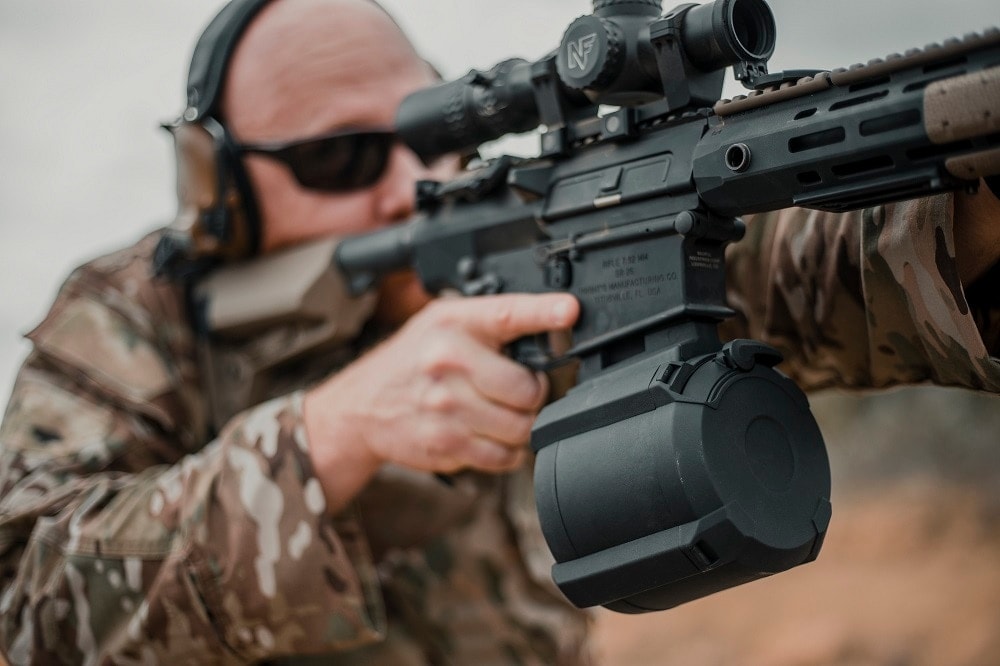 The D50 is built for use in SR25 style platforms, giving 50-rounds on tap in a magazine about the same height as a standard double-stack 25, and as such could prove popular with military units using M110s. (Photos: Magpul)

Optimized for use in SR-25/M110 platforms, the new drum is similar to the company’s now tried-and-true D60 and includes a translucent window on the rear to keep tabs on the amount of brass inside and the capability to be disassembled with a flat blade screwdriver. 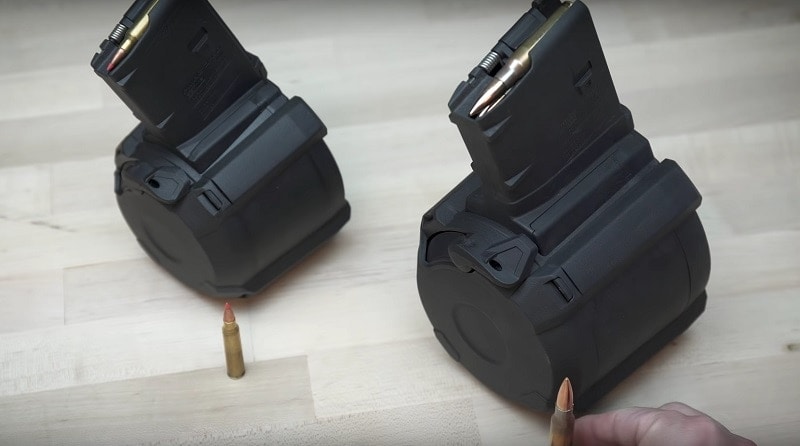