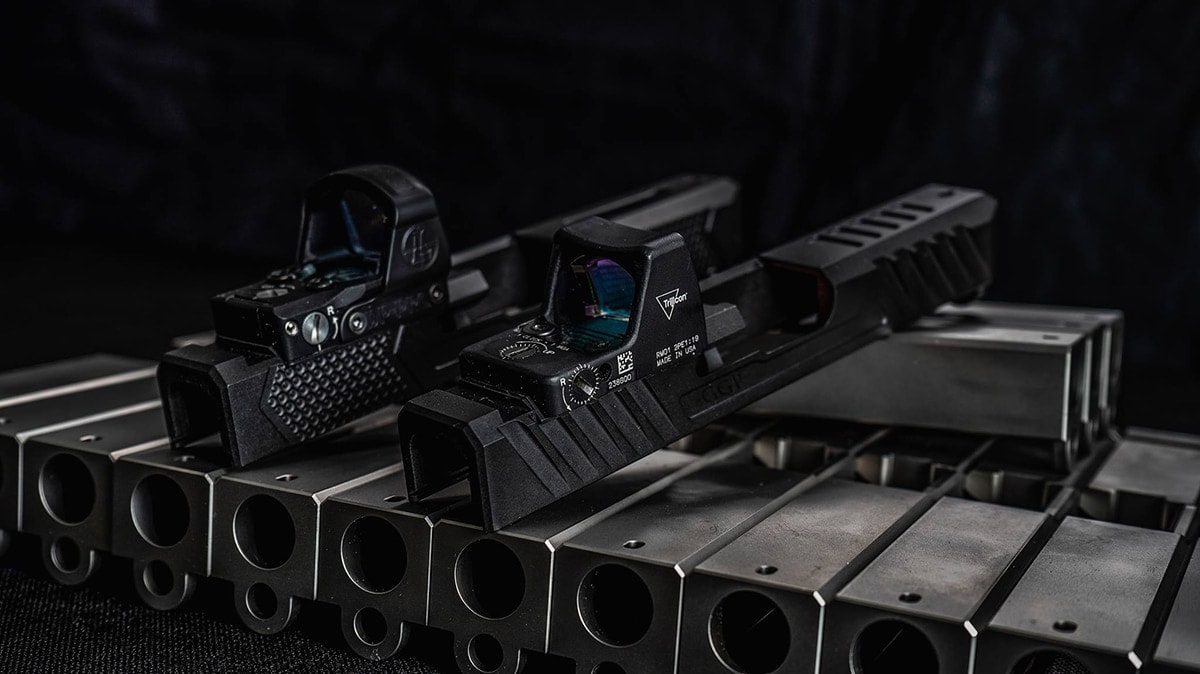 The V3 and V4 further the goals of the V1 and V2 slides by introducing a hybrid MRDS cut. While the predecessors offered a Trijicon RMR cut, the V3 and V4 bring a modified optic footprint to work alongside the Leupold DeltaPoint Pro. The V3 and V4 ship with three pairs of screws for mounting the Leupold DPP, Trijicon RMR or the G10 RMR cover plate.

“As it turns out, the DPP and RMR share a similar front profile without the bolt patterns intersecting each other. The primary difference in the footprints are overall length, but GGP resolved this with an ingenious aluminum shim plate for use with the shorter RMR,” Grey Ghost Precision said in a news release. “The result is dual compatibility right out of the box, without the need for bulky adapter plates that raise the optic further above the bore axis.” 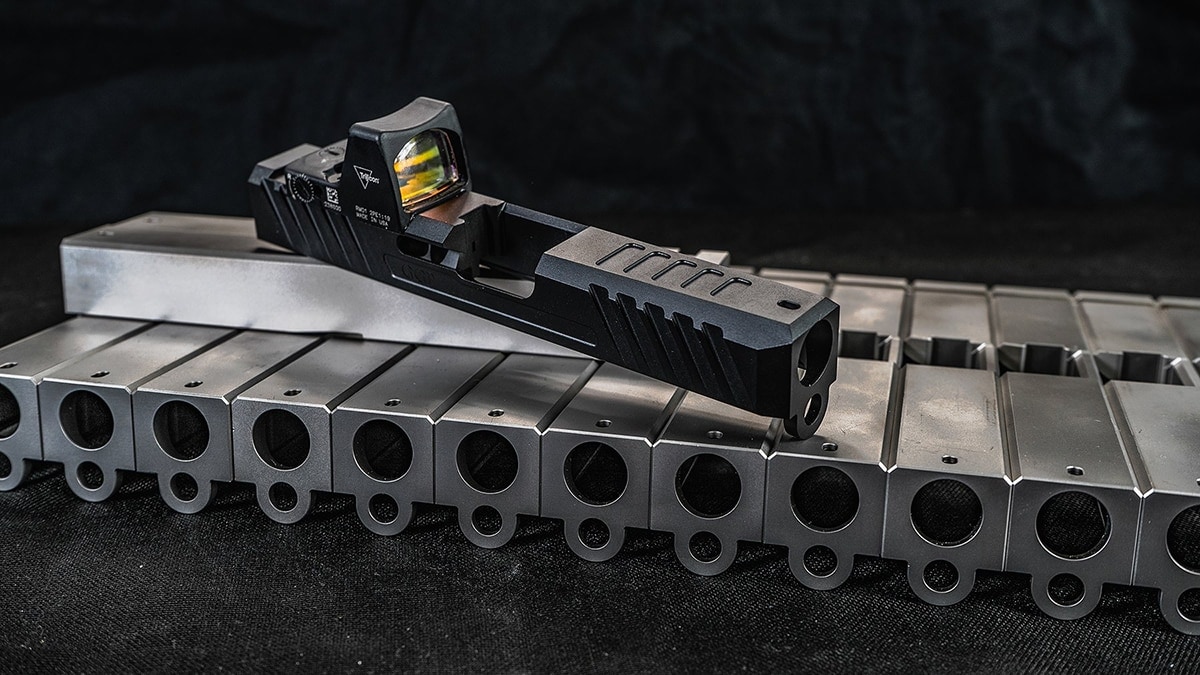 Additionally, the V3 and V4 deliver new patterns for a stand-out look. The V3 features slide serrations that taper inwards, allowing for a more aggressive grip near the top of the slide. The advantage of this design, according to Grey Ghost, is easier malfunction clearing drills and press checks despite sweaty, muddy or bloody hands. The V4 slides provide a studded micro-scale texture. The texture brings a high level of “frictional grip.”

The V3 and V4 are available for Gen 3 or Gen 4 Glock pistol frames. The slides can be pre-ordered now through Grey Ghost Precision with an expected ship date of February. Prices range from $418 to $449. 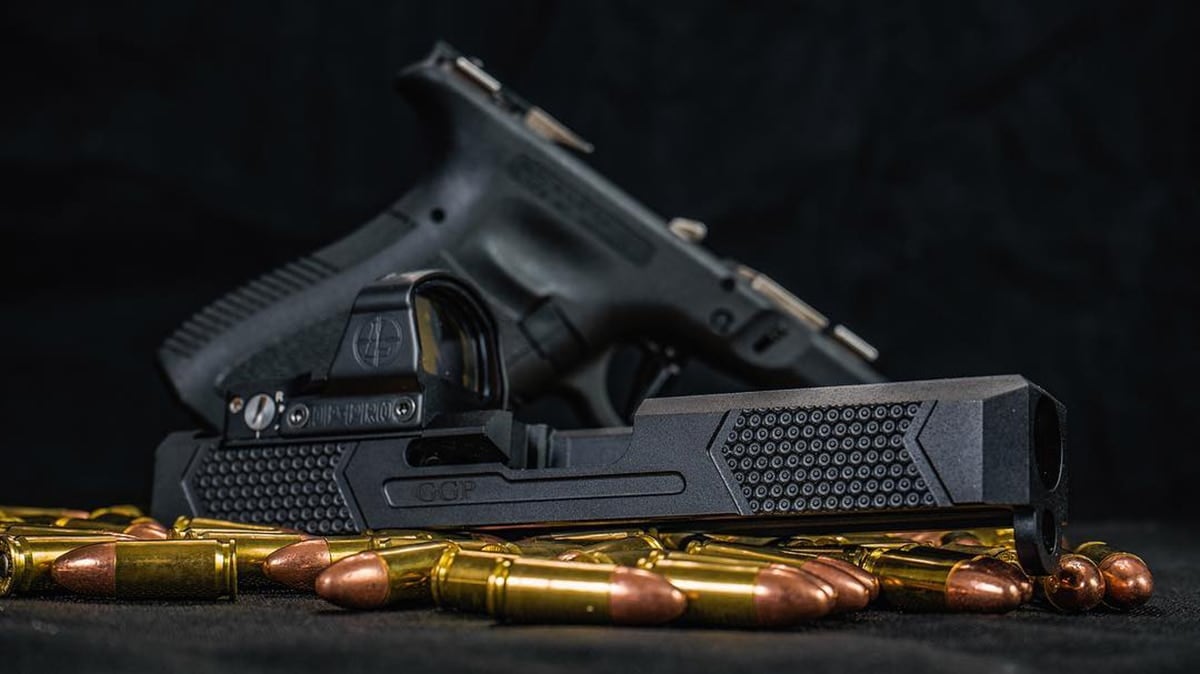