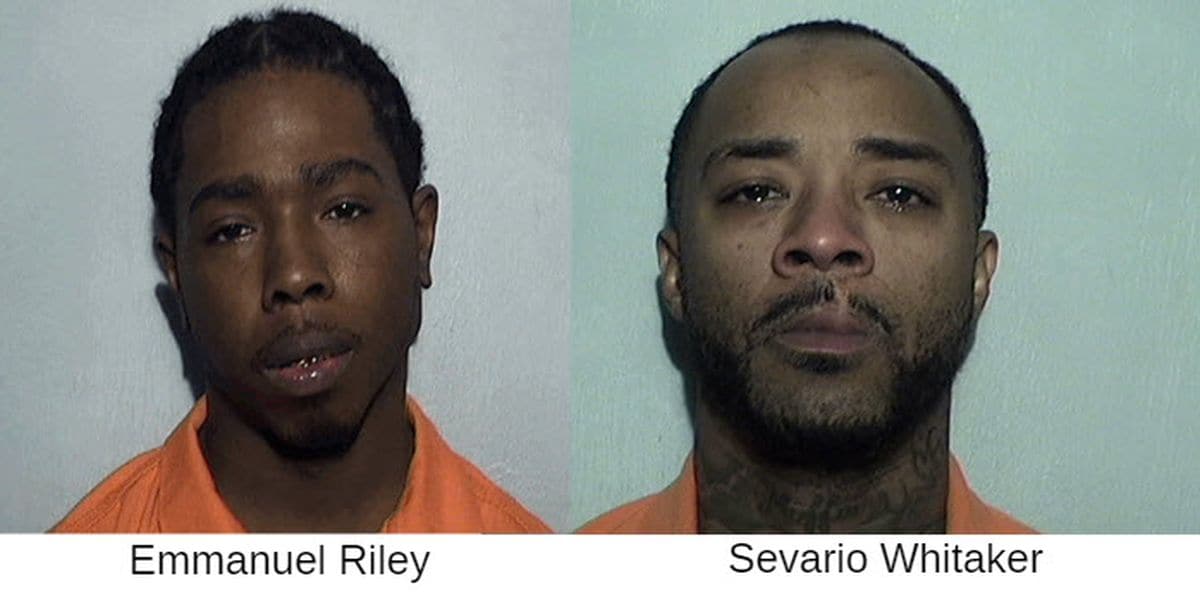 Two men from Toledo, Ohio face federal charges for a gun store heist in the nearby town of Oregon caught on surveillance in November.

Emmanuel Riley, 27, and Sevario Whitaker, 36, stole nearly four dozen guns, six suppressors and four gun bags from Towers Armory just in the early morning hours of Nov. 19, 2018. According to court documents, the men climbed onto the roof and crawled through the store’s ventilation system, leaving behind trace DNA on a red pry bar abandoned at the scene.

Surveillance footage from a nearby business recorded the men — dressed in hats, gloves and Jason Voorhees masks — loading the stolen guns into a Toyota Camry before driving away. Police later towed the vehicle from Riley’s mother’s house and searched inside, finding a sweatshirt and masks matching the clothing seen on video. Cell phone records place Riley and Whitaker within one mile of the gun store during the time of the burglary, according to court documents.

“There is no place in our society for those who use firearms for violent purposes, including those who steal firearms to further their criminal pursuits,” said Trevor Velinor, Special Agent in Charge of ATF’s Columbus Field Division.  “ATF will continue to work with our law enforcement partners at the federal, state, and local levels to bring those individuals to justice.”

The case falls under the purview of the Department of Justice’s Project Safe Neighborhoods, a federal program targeting gun-related violence in the nation’s most dangerous cities. First launched in 2001, Project Safe Neighborhoods became the centerpiece of former Attorney General Jeff Sessions’s strategy for reducing crime across the nation — a goal President Donald Trump set for him soon after taking office in 2017.