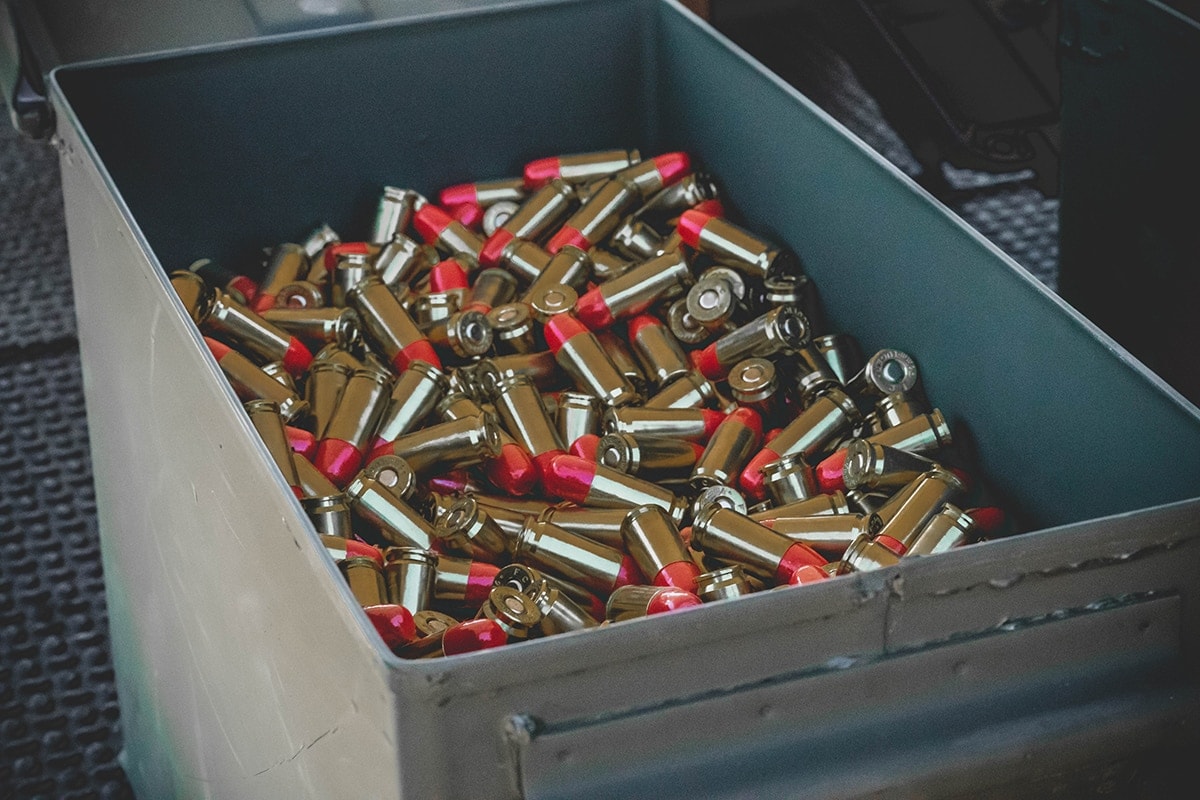 The Syntech PCC and Syntech Training Match ammo are some of the newest rounds to come from Federal’s factory. The Syntech loads are outfitted with a unique TSJ projectile. This projectile utilizes a polymer jacket to prevent metal fouling while also reducing barrel heat and friction. When Guns.com stopped by Federal’s booth, the company told us that not only does the Syntech better help preserve firearm barrels but it also aids in feeding. The company said that the polymer jacket feeds better and more reliably.

In addition to a smoother operation, the Syntech ammo also reduces splash-back on steel targets. Both the PCC and Training Match rounds feature Federal’s Catalyst primer, opting for a hot, reliable ignition sans the lead. 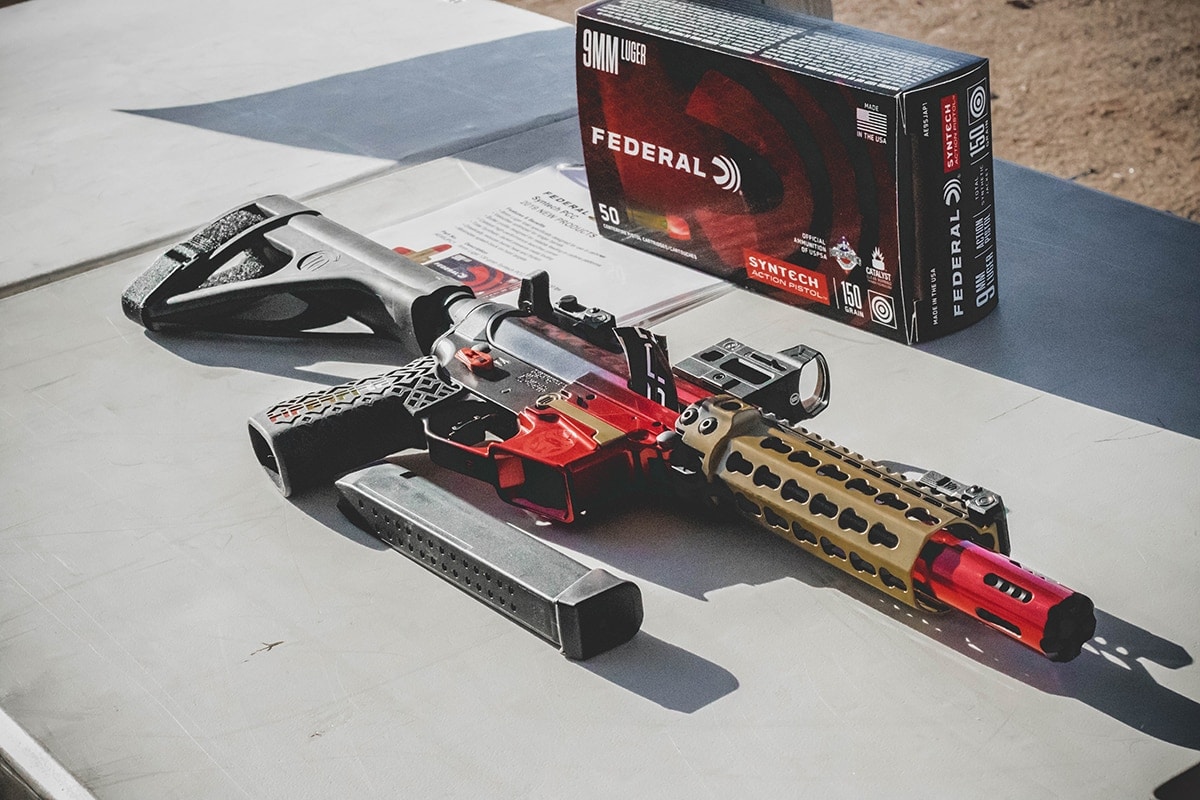 The Syntech PCC rounds target the surging popularity that is the pistol caliber carbine community. While at the Federal booth, Jake Martens of the United States Practical Shooting Association told Guns.com that competition shooting, in general, is a growing area that definitely benefits from manufacturers’ attention.

“Competition shooting is growing. A lot of people enter the sport to push themselves. Also, there is now a generation coming up that grew up on video games like Call of Duty and they want to go out there and have that real life fun safely.”

Martens also said that Federal’s move into the PCC realm was a decision that wasn’t made hastily. “When they started developing the PCC round, they made sure they worked across a variety of firearms. Federal tested them with 12 to 15 different rifles to make sure it performed well.” 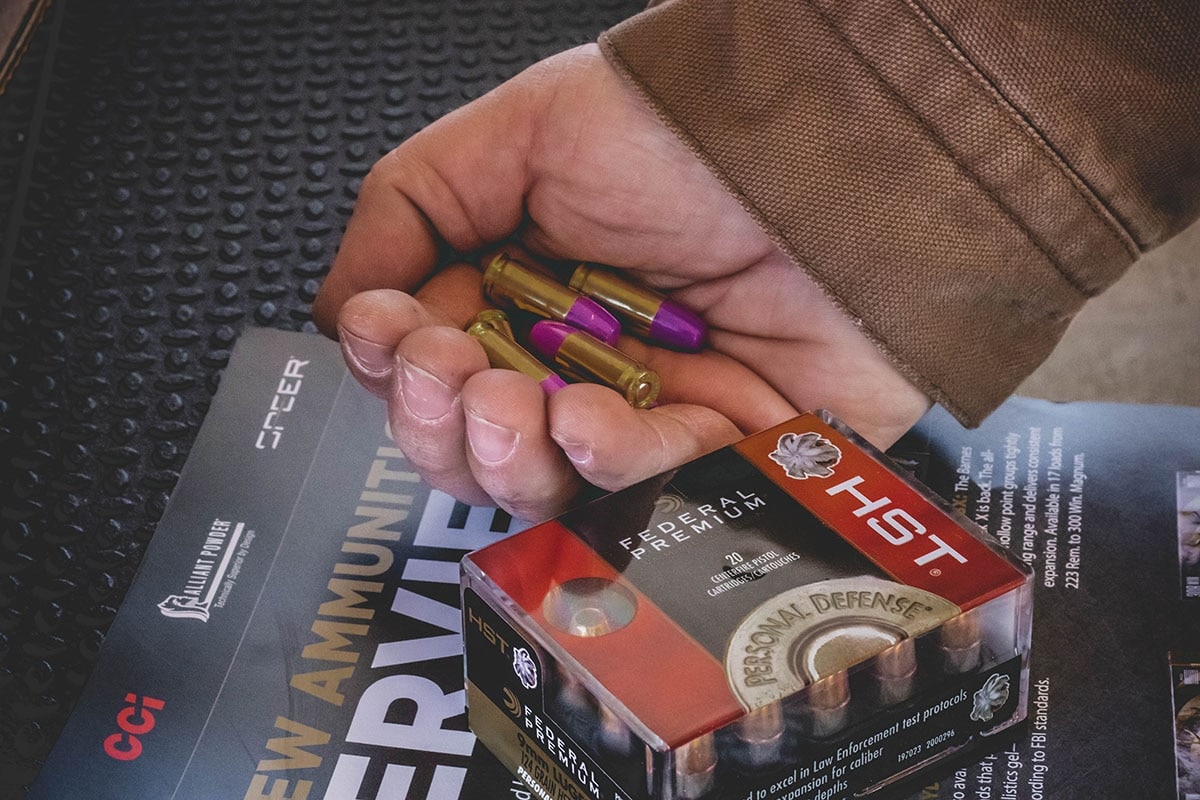 Created to emulate the company’s HST series, the training rounds offer the same point of impact, trajectory and velocity as the Federal Premium Personal Defense HST and Tactical HST. The Training Match ammo sports a purple polymer jacket so it is easily identifiable. The Syntech Training Ammunition is available in 9mm, .40 S&W and .45 ACP with prices starting at $19.95.