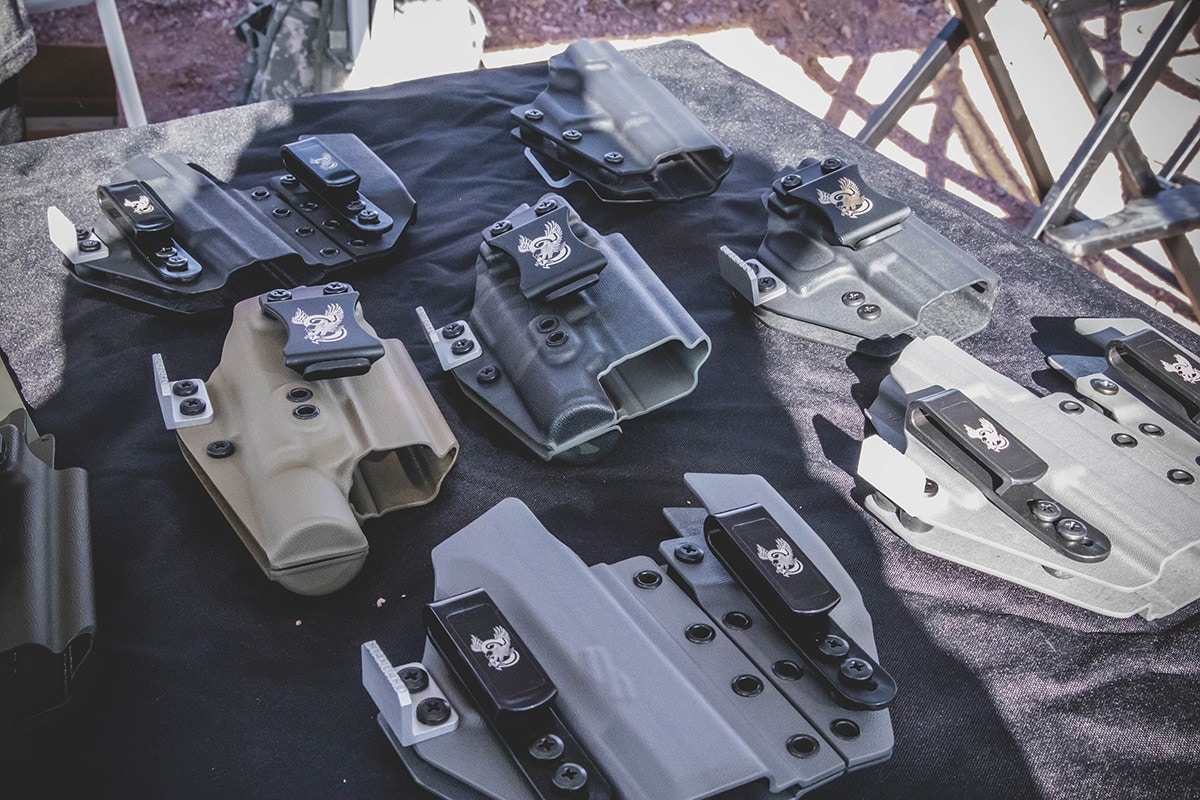 The assortment of holsters lining Standard Co.’s booth at the Industry Day at the Range event in Las Vegas. (Photo: Jacki Billings/Guns.com)

Las Vegas-based holster manufacturer Standard Co. brought its array of holsters to the windy, dusty SHOT Show range, showing off its wares for the SHOT crowd. The company’s table was filled with its designs — the Atlas, Geronimo and Hayden. Accommodating most popular polymer branded pistols, the holsters offer options for IWB, OWB and AIWB fans.

Standard Co. started its holster tour with the Atlas model, an appendix inside the waistband holster. The Atlas melds a rigid holster and mag carrier into one useable AIWB rig. The Atlas’ strength lies in its Hypalon material connecting the main holster to the mag carrier. Standard Co. says the material is used by Navy Seals and brings a flexible design that moves and forms to the wearer. This also works to keep printing to a minimum, according to the company. The Atlas finishes off its construction with an aluminum wing offering four different depth settings. These allow the wearer to fine tune the rig to minimize printing. The Atlas comes with two single clips for height adjustments. The Atlas starts at $129. 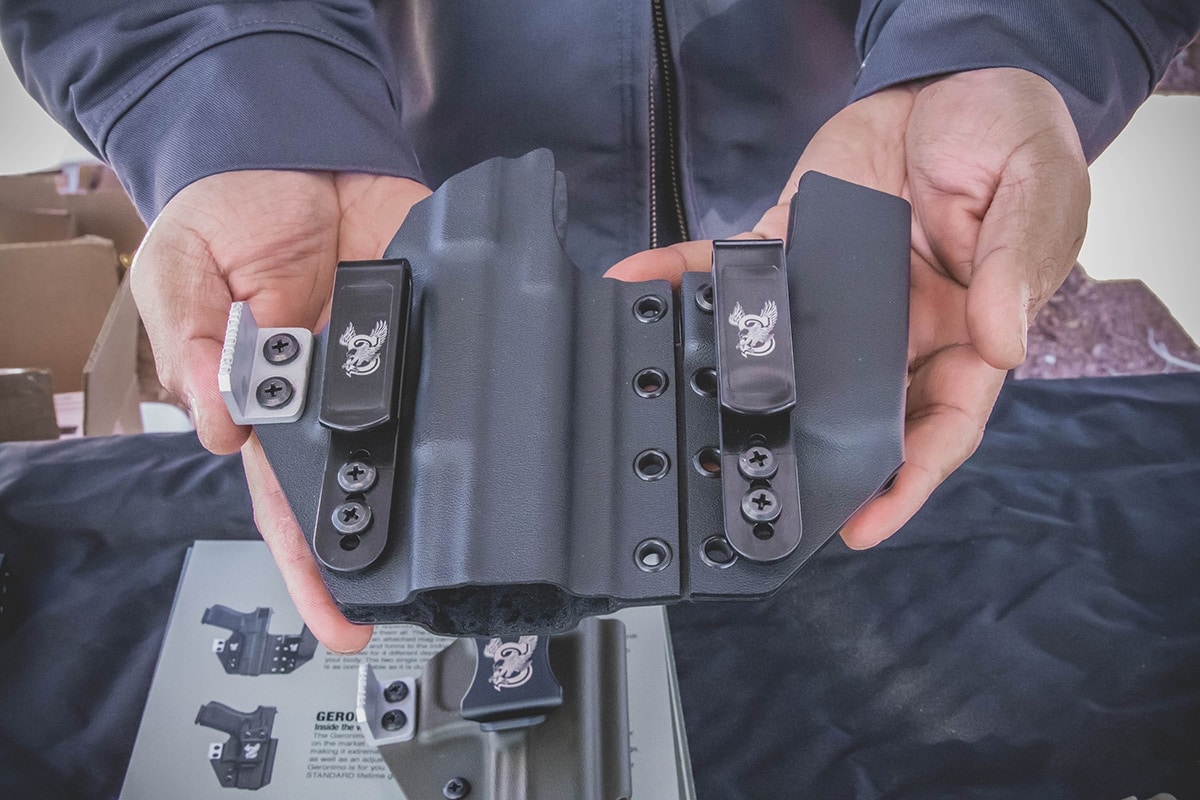 The Geronimo offers an inside the waistband holster that can be worn in any IWB location, according to Standard Co. The Geronimo also features the aluminum wing, making it a versatile rig for those that wish to tweak their concealment. The Geronimo’s pricing starts at $75.

Rounding out the pistol holster series is the outside the waistband Hayden model. The Hayden boasts a .125-inch Kydex construction with +/- 15-degree adjustable stainless steel belt loop and optional holes. The hole pattern is designed to work with attachments such as Safariland, G-Code Universal RTI Hanger and Tek-Lok. The Hayden starts at $75. 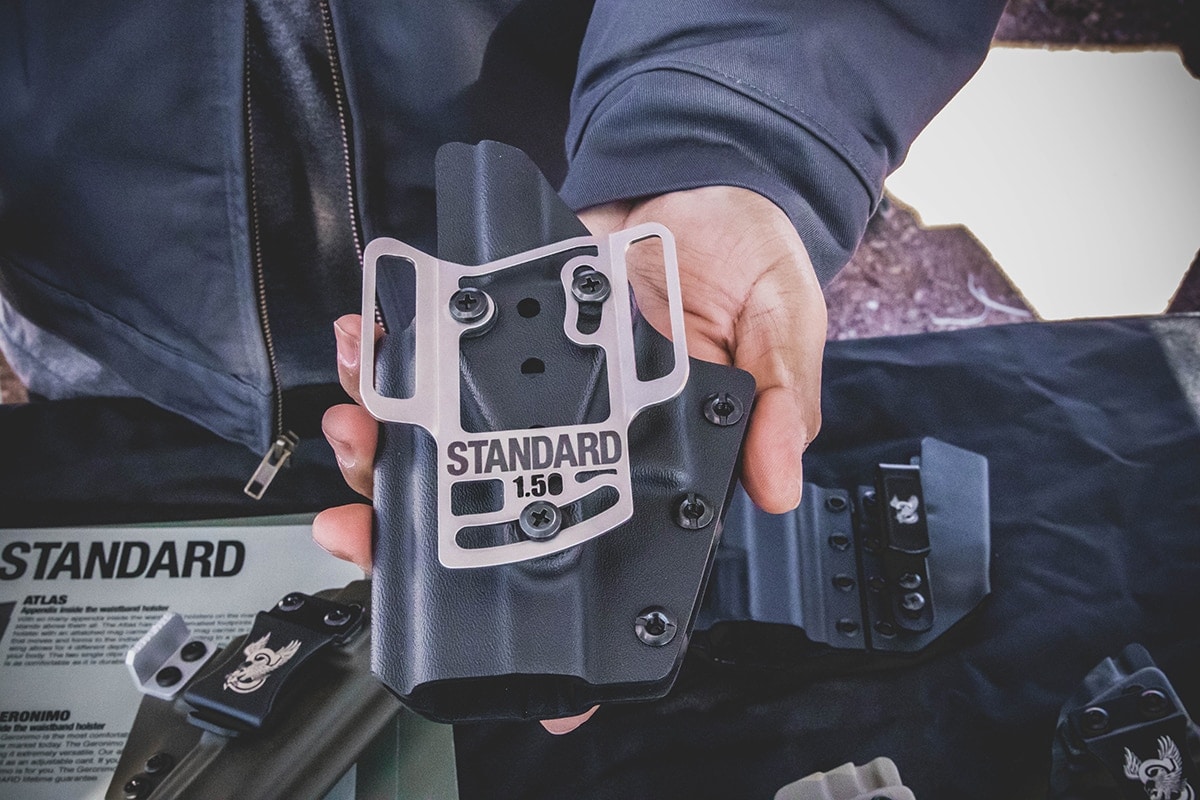 “We took many years of experience with other holsters, scrapped nonessential features and thus the Hayden was created,” the company said. Plus, all three holsters are backed by Standard Co.’s lifetime guarantee. 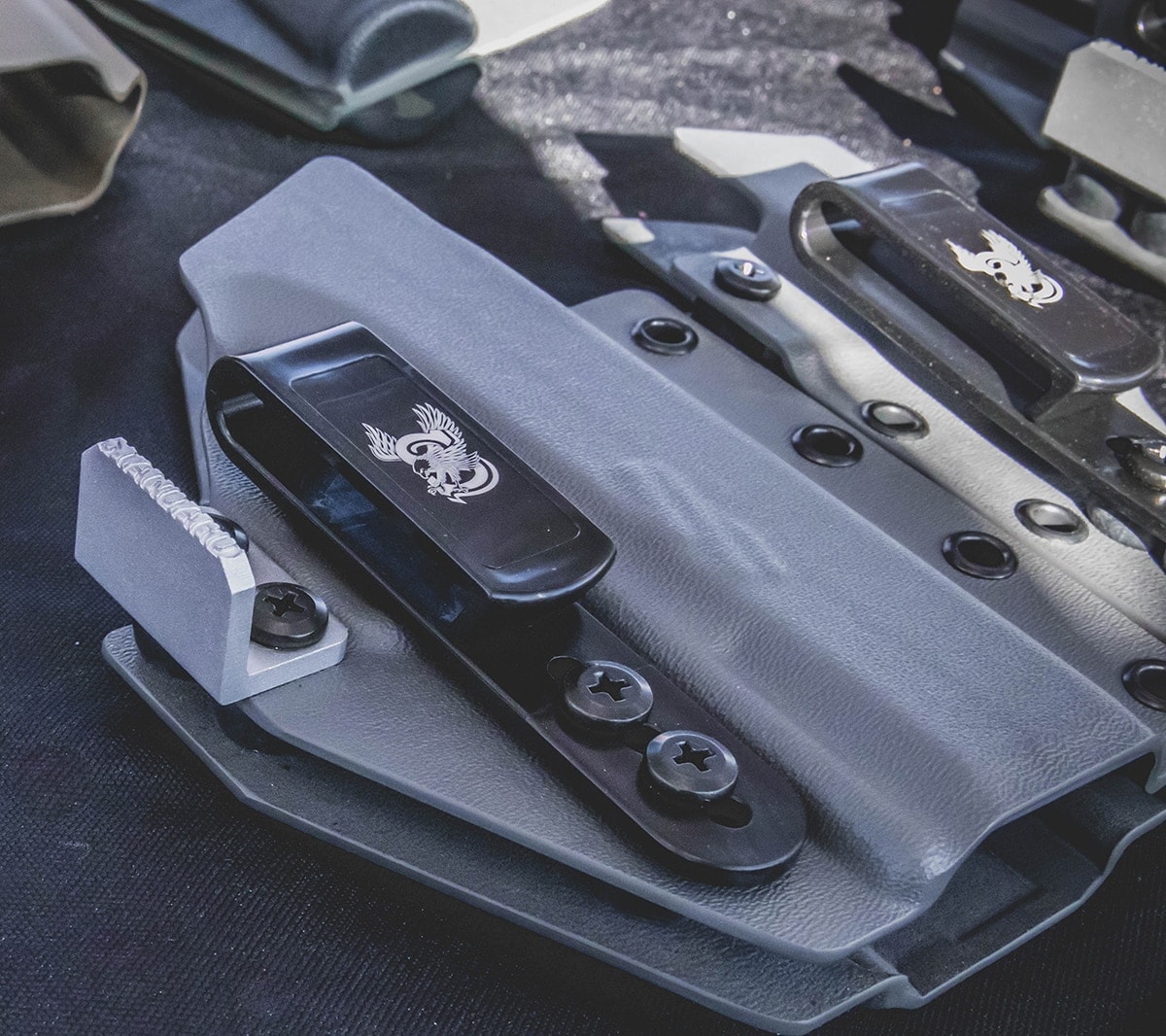 The IWB and AIWB holsters are outfitted with a stainless steel wing to reduce printing. (Photo: Jacki Billings/Guns.com)