FIME shows off the only Rex Delta pistol in the U.S. 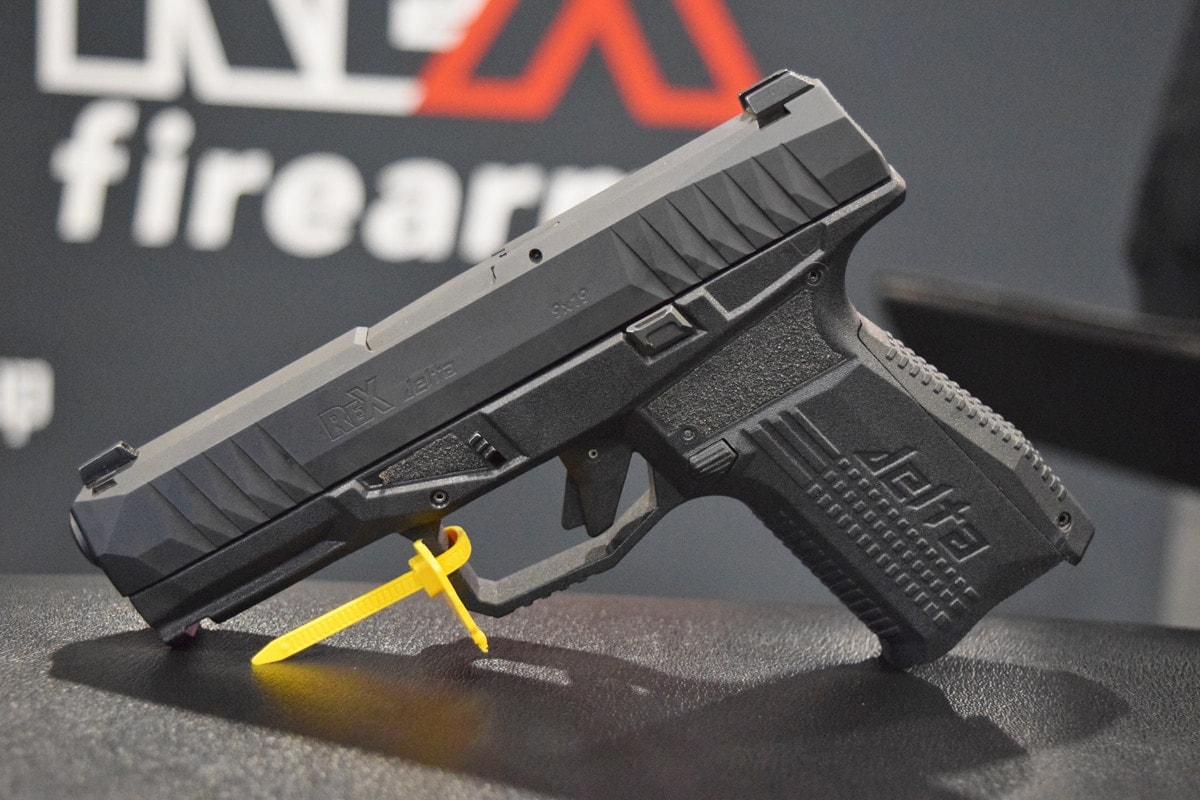 Despite a few hiccups caused by the partial government shutdown, demonstrations by Slovenian gun maker Arex during SHOT Show 2019 in Las Vegas went off without a hitch. For the trade show, they had planned to bring in multiple samples of their new Rex Delta pistol, but the paperwork to bring the guns into the U.S. was put on hold with some 800,000 federal workers furloughed. In the end, the company brought only one.

Ares sales representative Blaz Blatnik, who traveled from Slovenia for SHOT, said when they were forced to face the reality of bringing a single pistol they worried about all the things that could go wrong. “It was not pleasant. It was hard, but we trust (the gun). We trust the project,” he said.

Where some see a problem, Blatnik saw an opportunity. He explained the delay gave them a chance to really test the new Delta pistol’s capabilities. “We did all the shooting (on Range Day) — I don’t know, 3,000 rounds,” he said. “It was a lot of desert, it was a lot of wind, we just needed to clean it once because of the sand and it worked perfectly normally for whole day.”

The brand Rex, imported by Las Vegas-based FIME Group, entered the U.S. market in 2015 with metal-framed pistols, which makes the Delta the company’s first polymer-frame handgun. With the standard duty pistol being polymer, making something like the Delta was the logical progression. 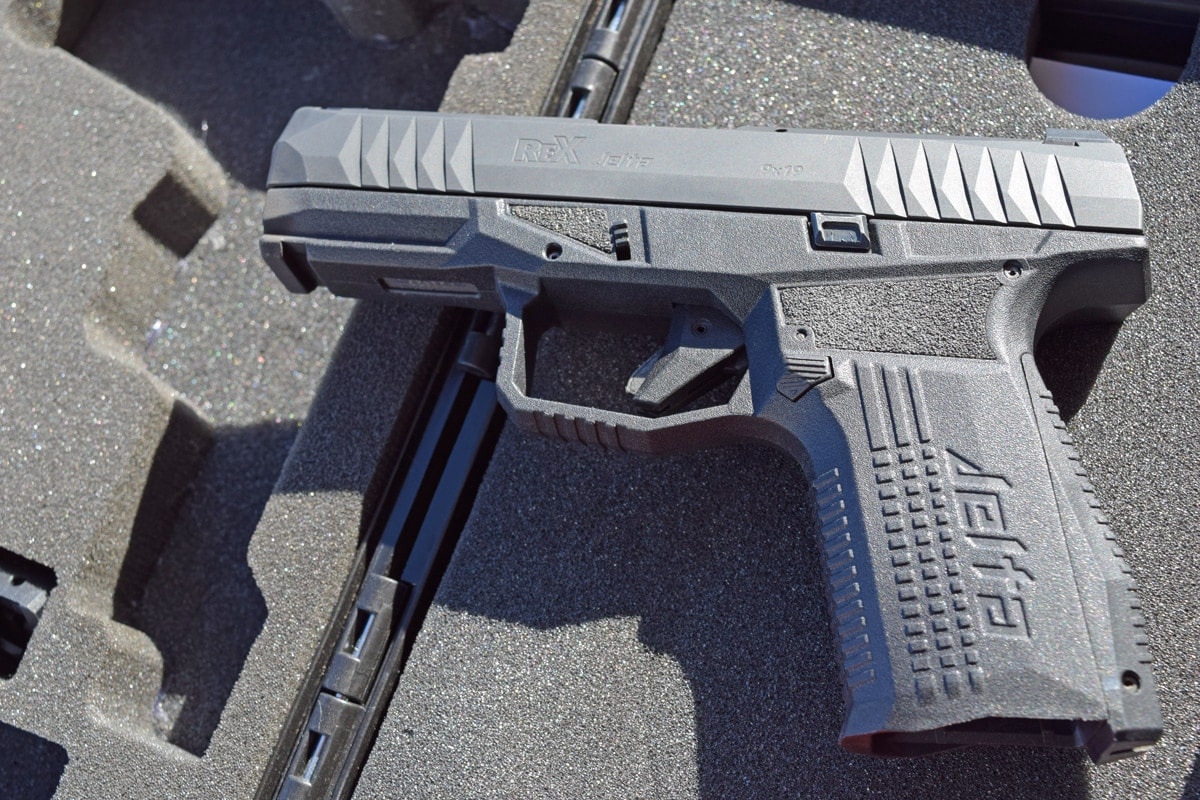 While Rex is new to the U.S., the brand has been in full operation, making parts and whatnot for major gun makers, in Slovenia since 1994. Blatnik explained shifting gears and making polymer framed pistols was well within the company’s wheelhouse. “Our company has a lot of experience with plastic molding, so it was pretty easy for us to start a project with plastic because we are making in house our own tools already for other products that are Arex,” Blatnik said.

With the Delta, Arex project director Grega Kralj, also from Slovenia, explained the company aimed to develop a pistol using the desires and demand of U.S. gun buyers. “We took (the Rex Zero One) that was on the market that was well-proven and tried to prove where it had weaknesses or bad points and make it perfect. We then followed through talking to the customer, getting feedback from the customers, what we received from the customers is that they want to have a competition handgun like the Rex Alpha, the full steel handgun was born,” Kralj said.

“But now we’re following the trend. Everybody wants to go lightweight. They want to go small. But they still want to have a capacity, so to do that we had to change some materials, so we started with reinforced fiber-glass polymer frame, we put double stack magazine and a 4-inch barrel at the end. In the end, very light handgun. It’s 19.8 ounces and a 15-round capacity,” he continued.

Kralj explained the Delta was built with concealed carry in mind. “We wanted to be as slim as possible, as small as possible and light as possible, so you could hide it under your shirt, under your jacket, in your purse, maybe, or whatever, so it’s easier to conceal,” he said. 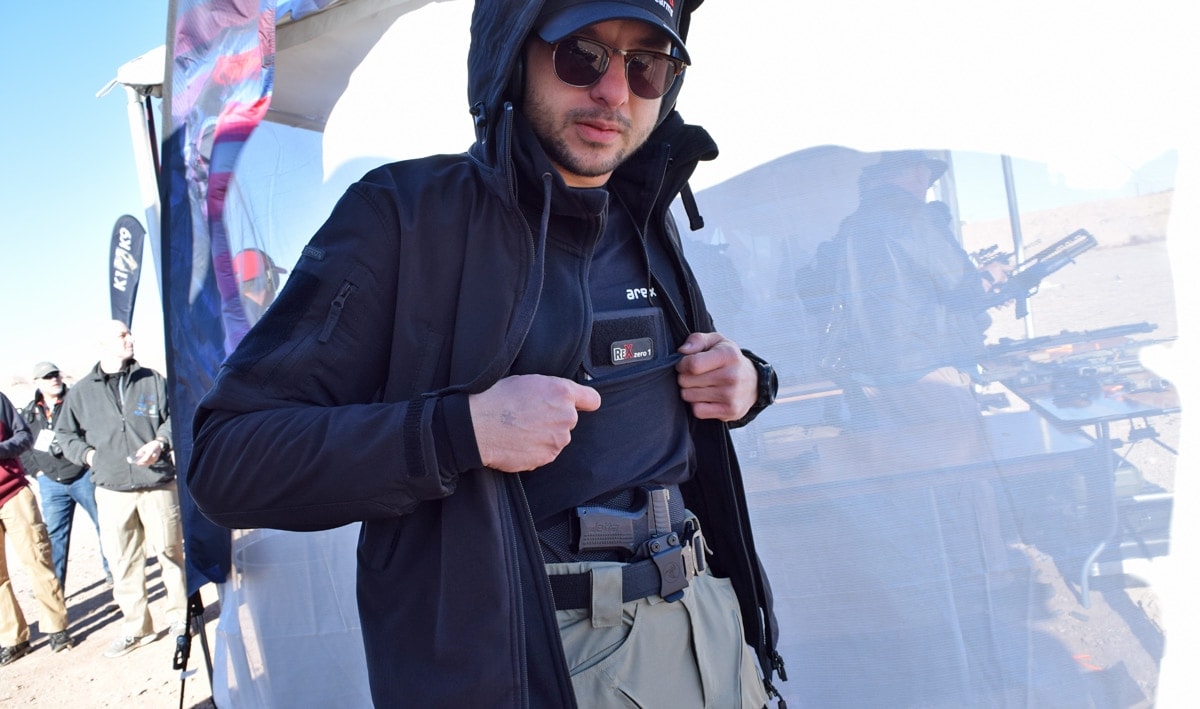 Arex project director Grega Kralj demonstrating how easy it is to conceal a Rex Delta pistol with an inside the waistband holster during Industry Day, an event that precedes the start of SHOT Show. (Photo: Daniel Terrill/Guns.com)

He added they also softened edges and smoothed out any controls that could possibly snag on clothing. “When (the gun is) close to your body, you don’t want something sharp pointing to your body. It’s uncomfortable, it can catch on something when bringing it out of the holster, so like i said it was designed for concealed carry in mind,” he said.

Both Blatnik and Kralj — and most who tried the pistol — praised the trigger. Blatnik said when people try it, they always start smiling. “I take a few videos of people and I know the reaction already and it’s really amazing how amazed they are about short reset. It’s like they say usually they never try to shoot a gun that has such a short reset,” he said.

Exactly when and how many Rex Deltas will be available in the U.S. — or anywhere else — but the company has projected this year. But the U.S. will likely be the first market to get them in. MSRP is listed at $479.99.