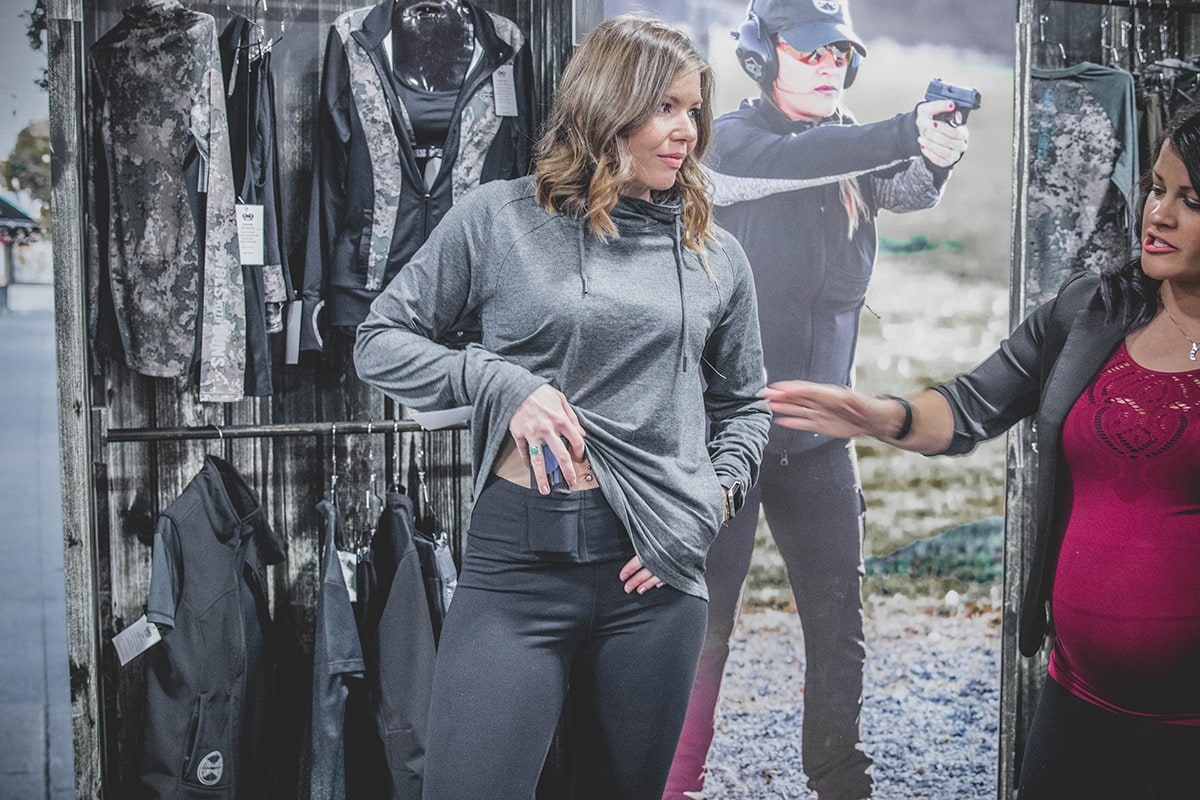 Girls with Guns offered a sneak peek at its upcoming and all new concealed carry apparel line aimed at women looking to blend fashion with function.

The new line, unveiled at SHOT Show, will launch with a jacket, pullover and concealed carry leggings. Kicking off the line is the Secret Sadie Jacket. A pink toned outerwear piece, the Secret Sadie brings a sporty look to CC for women. Made from 100-percent cotton, the jacket boasts an integrated holster design that allows women to carry in the jacket itself. The jacket rounds out its design with a hood and exterior pockets. 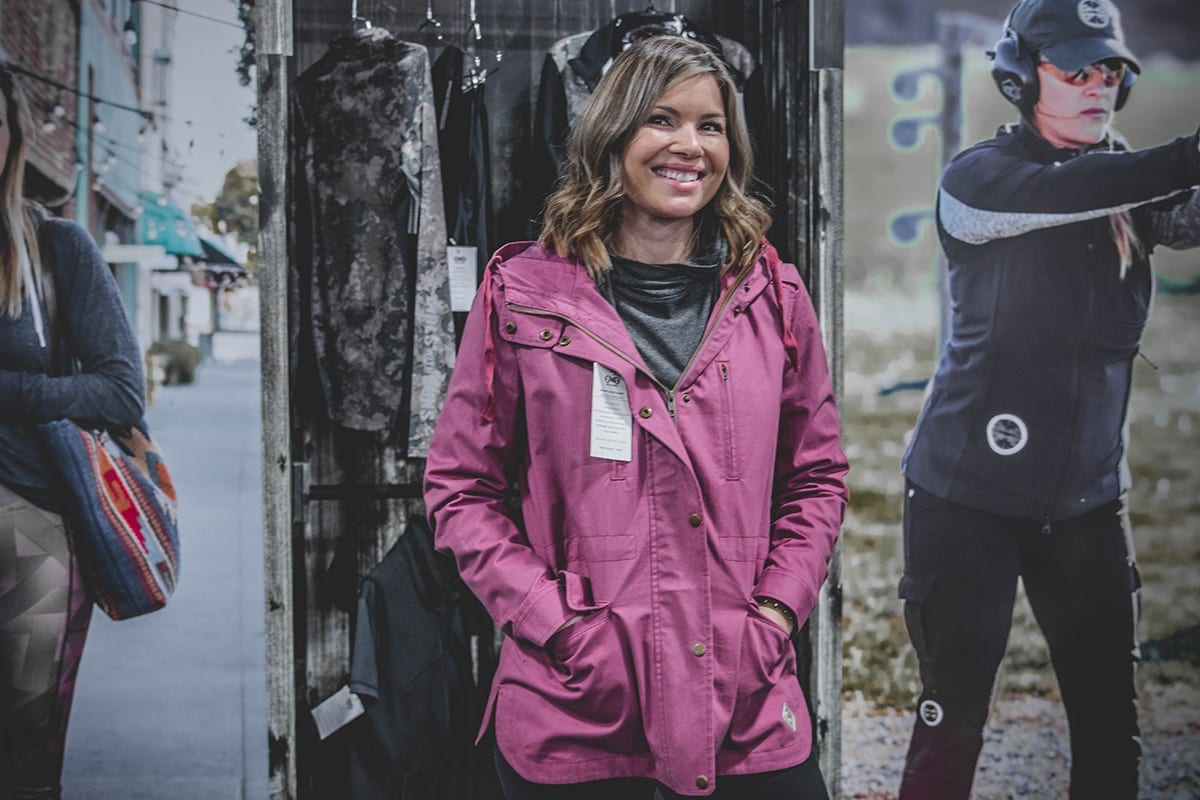 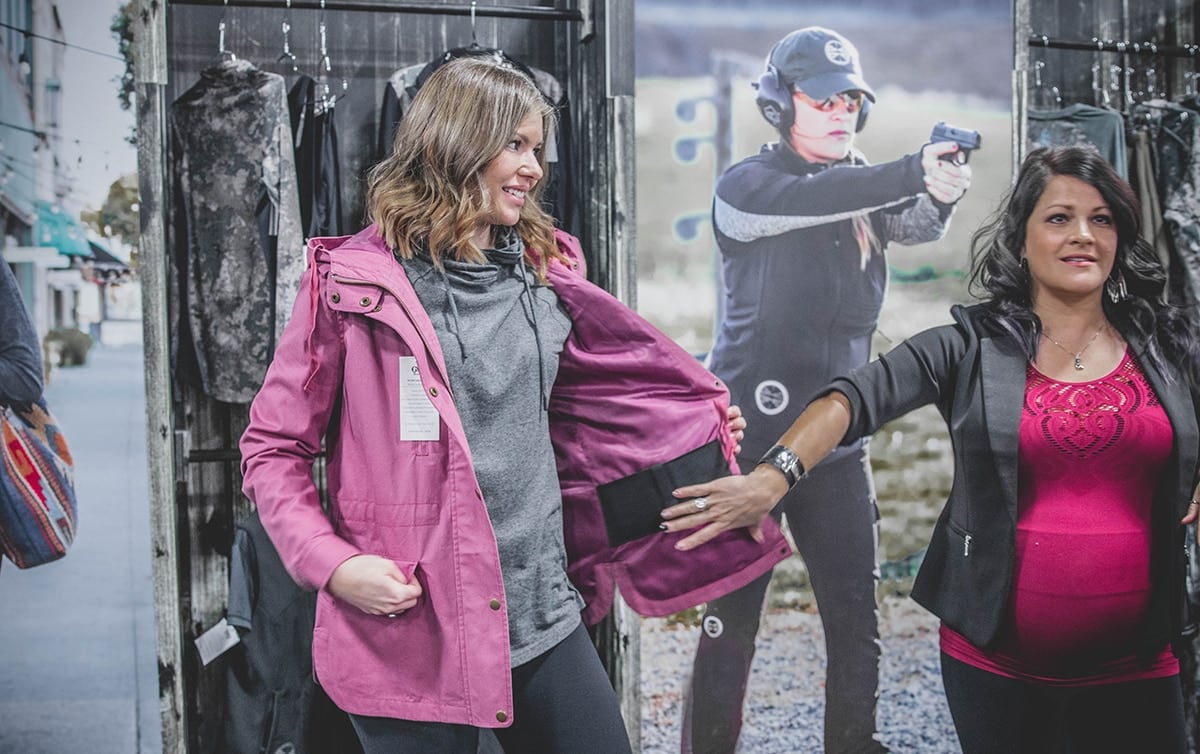 In addition to the Secret Sadie, Girls with Guns also added a pullover style shirt dubbed the Tomboy. A lightweight pullover piece, the Tomboy’s claim to fame is its pass-through pocket which allows women to easily access a concealed gun. Girls with Guns says the Tomboy is perfect for running errands or running around town. 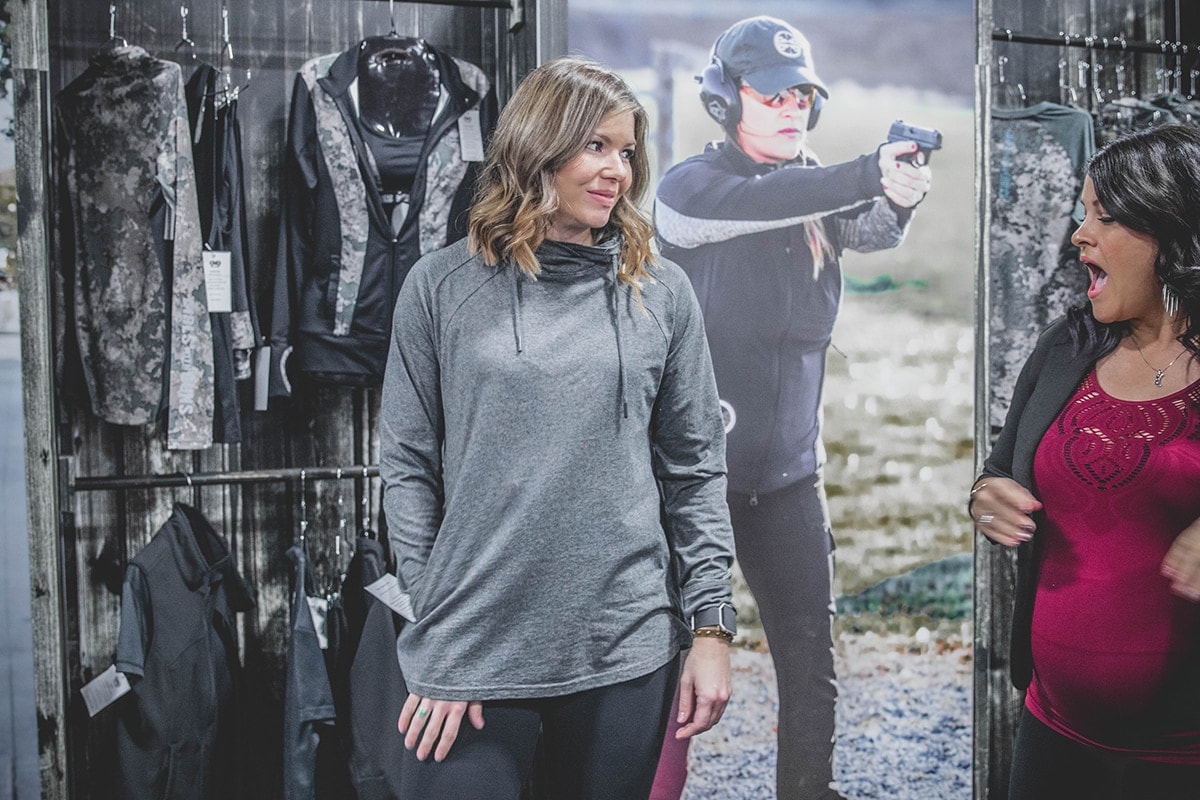 In the most surprising of all the new apparel, Girls with Guns also unveiled a new pair of concealed carry leggings — the Defender Leggings. Diving into a swelling market, the Defender Leggings offer an integrated inside the waistband, right-handed holster that comes ready to accept a .380 or small 9mm pistol. The pants can also support pepper spray. The Defender leggings will retail around $79. 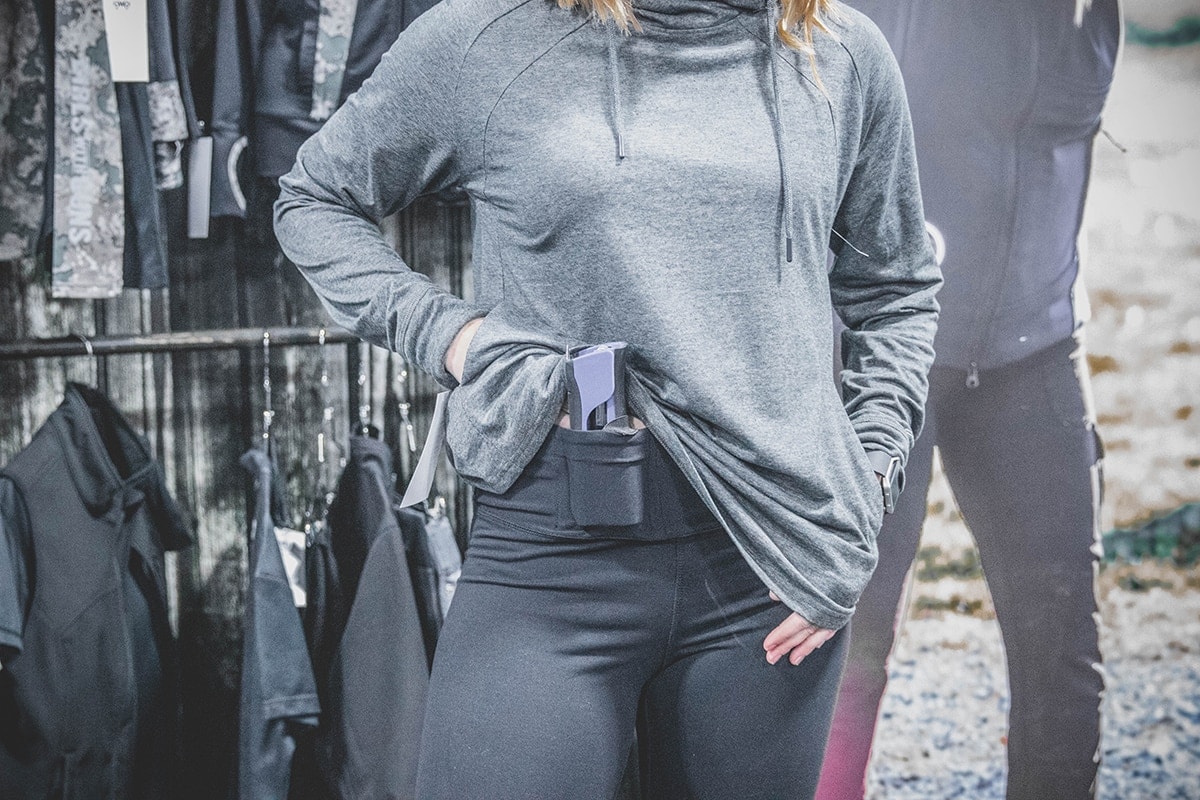 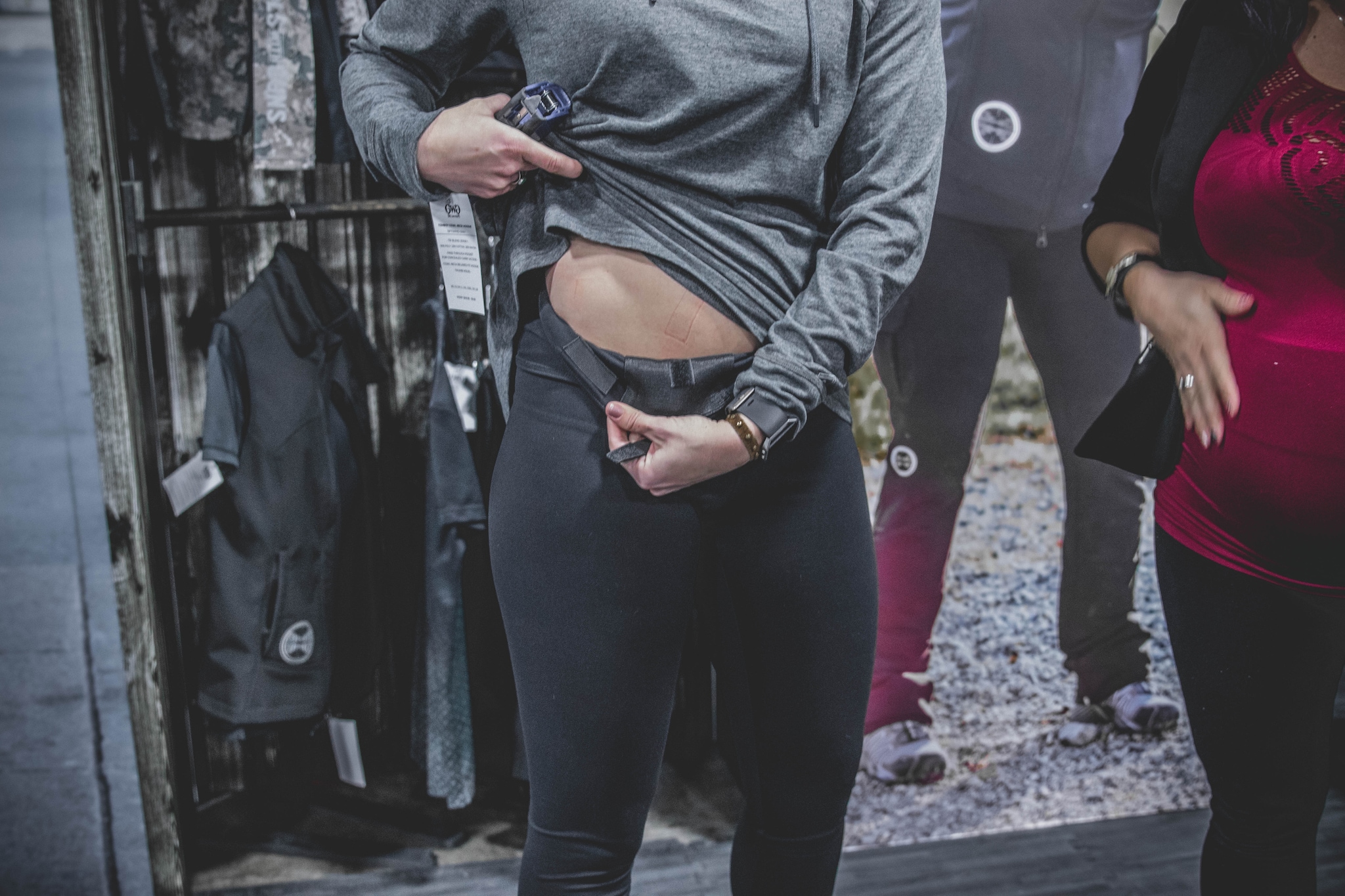 The pants can support pepper spray and firearms and come with a small coin pocket. (Photo: Jacki Billings/Guns.com) 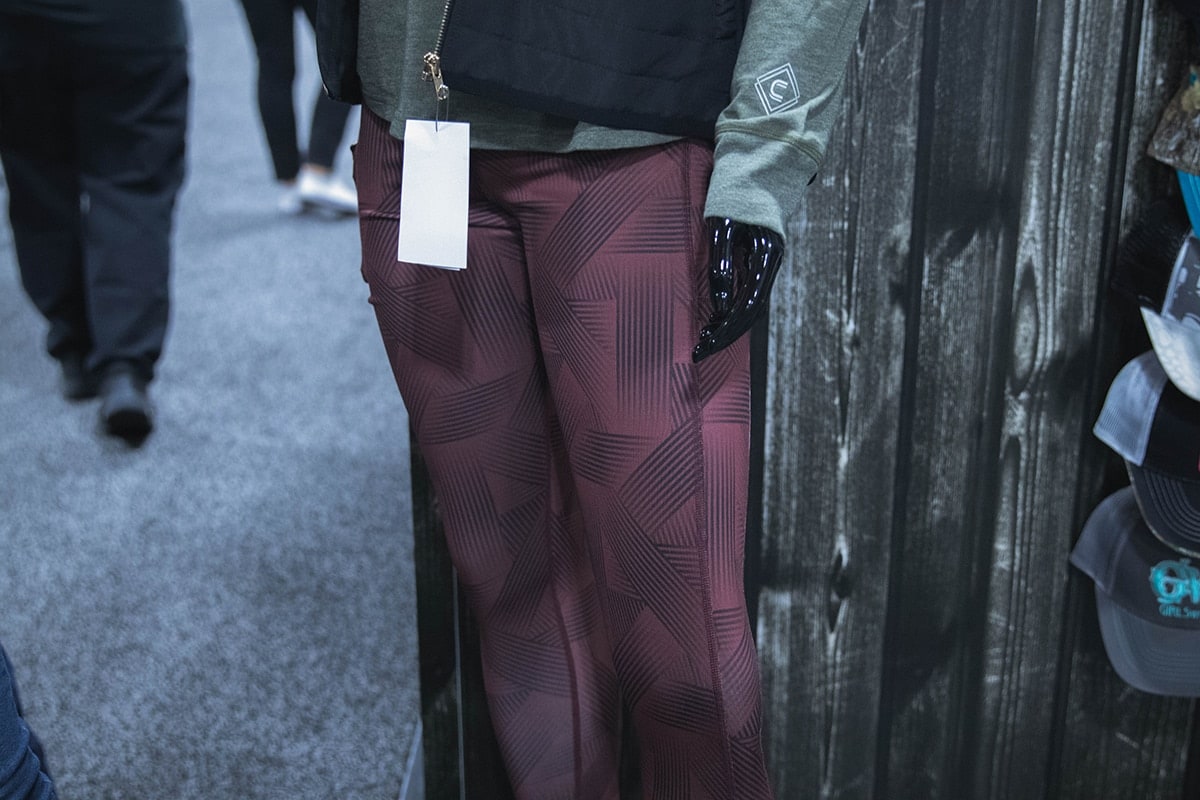 The leggings will also come in a purple color. (Photo: Jacki Billings/Guns.com)

“We’re trying to jump into that concealed casual world where ladies are able to be comfortable and casual “ O’Hara commented. “This is our grown-up version of Girls with Guns.”

The new concealed carry gear from Girls with Guns will officially launch in August 2019.